A woman tears all of her clothes to send a secret message at the Cannes Film Festival, get to know the inside on Cannes’s controversy!

In the Cannes Film festival 2022, the famous celebrities got spotted but this dramatic presence of this topless woman got the entire media focus. Through an emotional video message from the Ukraine president, Volodymyr Zelenskyy at the starting ceremony of the film festival, this woman who was spotted wearing a black dress protested against Russia’s invasion of Ukraine and held a protest at the red carpet of Day 4.

At the Cannes, this woman was captured in a clip posing with her dress and walking towards the stairs, immediately tears off her cloth and her bare chest goy highlighted with blue and yellow paint which signifies the Ukraine flag. She boldly highlighted a text mentioning “Stop raping us”

The Naked chest was painted in the Ukraine flag, this was not the only message here, when she ran in front of the paparazzi “red hand marks” covering her entire thighs. This red paint mimic as blood and splattered on her body. She screamed in the crowd “do not rape us” 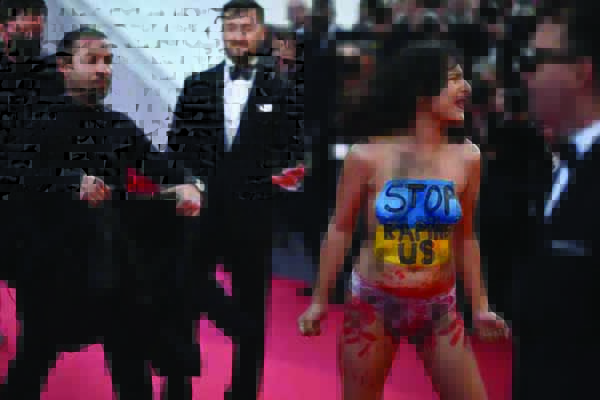 Who is she, exactly? According to SCUM (it is known to be a feminist activists’ group). Scum tweeted while featuring the naked women, a scum activist entering the red carpet of the Cannes2022 festival to denounce the sexual violence inflicted on Ukrainian women with the context of the war.

SCUM activities for the protest continued, this is not the first time but in one of their post highlighted at the Cannes 2022, women in groups entered at the red carpet and was spotted holding a white cloth for their protest and according to their tweet, The strong action on the steps of the Cannes Film Festival to pay tribute to the victims of femicide. The names of the 129 women killed by their companion or ex-companion, since the last Cannes Film Festival have been posted by Riposte Féministe.

Though this dramatic presence of women scared several people at the Cannes, several security guards covered her with a black court and security quickly grabbed her and took her off the red carpet from the 2022 Cannes. This dramatic protest by an unidentified woman is becoming a highlight moment. 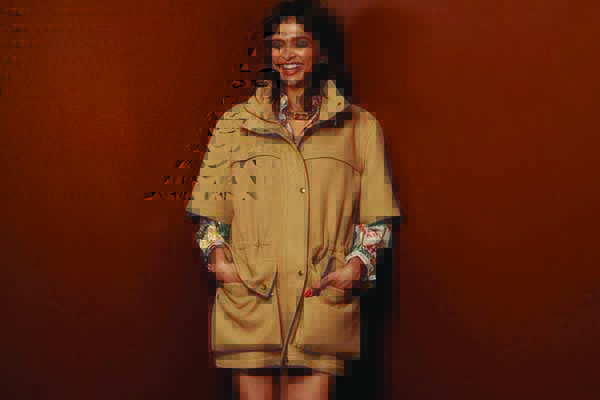 Deepika Padukone, the fashion icon at the Cannes Film Festival did not appear on day 4. Deepika, who made quite a stylish presence at the Cannes festival, ditched it  and spotted at a dinner party which was hosted by Vanity Fair and Louis Vuitton in Cannes. For the Louis Vuitton formal dinner, she was spotted wearing a Louis Vuitton outfit, she wore a dress paired with a beige jacket. She did a Smokey-eyes look and carried a classic maroon bag, completing her entire look with brown high-heel boots.

In Euphoria season which is loved by many, it has led to many secretive controversies which were revealed outside of the set. Barbie Ferreira...

Have a look at five times celebs made statements on Karan’s show that made us go – oops?There is no debate that Koffee with...