While the release date for ‘Fighter’ has been postponed, here is the reveal when Deepika Padukone and Hrithik Roshan will be seen sharing the screen for the first time.

With the line-up of some of the much-awaited movies, here we are with an update on the Greek god of Bollywood, Hrithik Roshan’s upcoming project, Fighter. The covid19 pandemic has really been a barrier for some of the movies that were about to begin with the shooting schedules but had to delay, and Fighter is one of them. now that things are falling in place and we finally have access to big screen cinemas, director Sidharth Anand is all set to film Hrithik Roshan with the elegant beauty Deepika Padukone. Although this is not the first project that Sidharth and HR are working on together, that is not the case with the leads of the film.

The stunning Deepika and handsome hunk Hrithik Roshan will be sharing the screen for the first time ever. In an interview when Deepika was asked about her views on working with Hrithik, she said that She has always wanted to work with the actor but the reason that could not be possible for such a long time was that the actress was waiting for the right script, the right director, and the right time in her life as well. Referring to the film ‘Fighter’ she said, ‘I guess it’s the right time for us to come together.’ 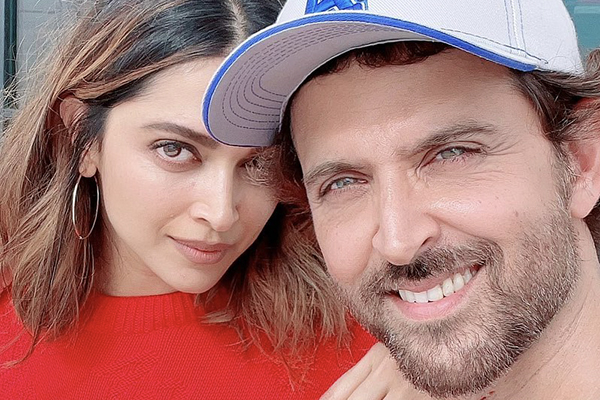 Deepika Padukone and Hrithik Roshan will be sharing the screen for the first time ever.

Being called the first aerial action film in India, Sidharth Anand’s directorial ‘Fighter’ is a tribute to the ‘patriotism, valour, and sacrifice of Indian armed forces’. Other than Hrithik and Deepika, the film also stars Anil Kapoor, who was welcomed aboard by Hrithik on the actor’s 65th birthday and mentioned that AK is ‘growing younger each year’, and we wouldn’t disagree with Hrithik.

The film initially was planned to release on January 26, 2023, but the release date of the movie had to be postponed as it was clashing with Shah Rukh Khan’s ‘Pathaan’. Announcing the new release date, Hrithik Roshan posted a teaser video of the film on his official Instagram page on Thursday, mentioning it as the first Indian aerial action film. Produced by Vaicom18 studios and Marfix, the schedule of the film was moved ahead due to the covid19pandemic and Hrithik and Deepika’s prior work commitments. 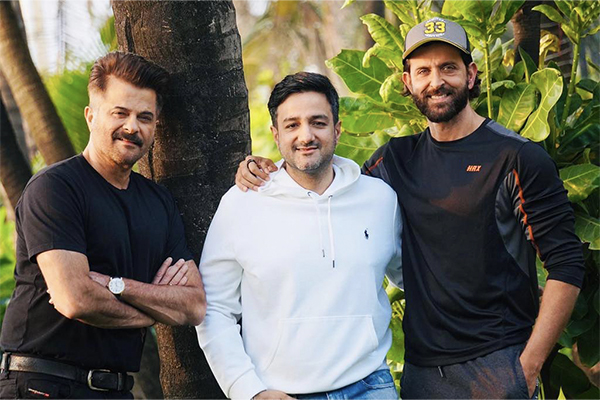 Hrithik wished Anik Kapoor on his birthday and welcomed him aboard for the film.

Earlier when the film was announced, director Sidharth Anand said in a statement that “This is definitely one of the most exciting moments of my life to bring together two of my favourite stars, Hrithik and Deepika, for the first time to the Indian and global audience. I am thrilled to begin the journey of MARFLIX, a production house dedicated to action filmmaking in India.”

On the work front and personal life, both the actors are quite busy with their business, if you know what we mean. While Deepika was recently seen in Shakun Batra’s ‘Gehraiyaan’, Hrithik is often seen enjoying dinner with his rumoured girlfriend, Saba Azaad. Although Deepika’s Gehraaiyan got a mixed review from the audience, the actress was seen enjoying herself on the promotional events after the release and also enjoying her time on vacation with hubby Ranveer Singh.

It’s thursday, which means the gossip king of India was back with two new celebrities on the controversy couch.   You can't help but be enthusiastic...

It seems as if everyone has had enough of the "Monday Blues."If you have ever thought that you are the only one who experiences...

Beat The Heat With Mist

Summers are about to come and all we want is to splash in pools, go outdoors and have a jolly time in the year's...