The long weekend that the Indian public has been anticipating has arrived, and Bollywood has delivered two new films for them to enjoy over this period of time.

Bollywood’s infatuation with premiering movies on a festival day is everlasting. However, given that the public is free from work at that time and has time for some enjoyment, we cannot hold the producers and directors responsible. We have the ideal opportunity to enjoy ourselves and spend time with our families through Hindi cinema and its blockbusters. The next long weekend offers the general public with yet another chance as two of the most anticipated celebrities have returned with new content. Two of the most well-known performers in the business, Aamir Khan and Akshay Kumar, have given us some real jewels during the years they’ve spent in the business. People anticipate Aamir Khan’s return to the big screen, which will be his first in four years, to be better than Thugs of Hindustan. Due to his yearly release of three to four films, Akshay Kumar is virtually always visible in the business. People had higher hopes for his new film, Raksha Bandhan, than they did for his previous one, Samrat Prithviraj, which was a huge box office failure. Which movie is worth your time and money this long weekend? We’ll talk about it today. 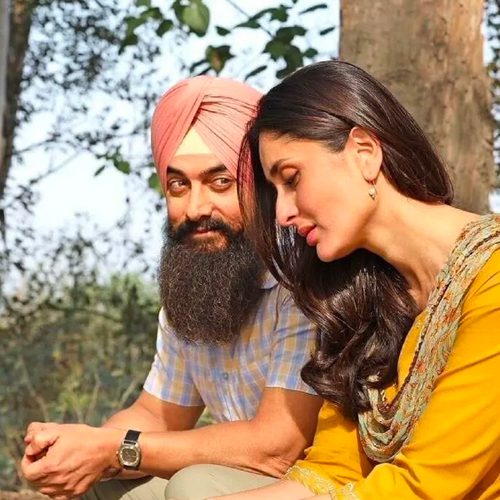 Anand L. Rai, the director of Raksha Bandhan, assembled an amazing cast since the movie needed both established performers with a solid presence in the business and some fresh faces in supporting roles. Actors Bhumi Pednekar and Akshay Kumar are well known for portraying various social topics in films. They have worked on a number of movies together and have a fantastic on-screen chemistry that is difficult to duplicate. The supporting characters’ casting was vital because the movie is built on them, and it was done superbly.

The primary characters in Advait Chandan’s film Lal Singh Chaddha virtually exactly match the concept and plot, which is a very tough undertaking to do. Aamir Khan, a skilled actor, portrays Lal Singh Chaddha, the movie’s main character, while Kareena Kapoor Khan completes the cast. Although there were some reservations about whether she would be the right choice for the part, she nailed it and her elegance gave the movie a fresh perspective. The movie was filmed in a number of beautiful places in India. Aamir and Kareena reunited in the movie 13 years after the hugely successful “3 Idiots” in 2009. Famous Bollywood actor Shah Rukh Khan makes a brief cameo appearance in the movie as well. 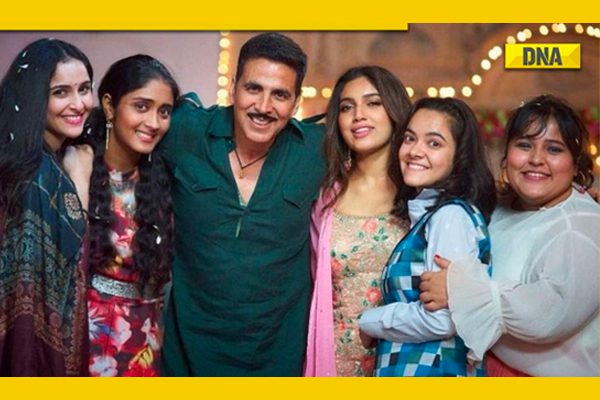 A remake of the 1994 Hollywood film Forrest Gump is called Laal Singh Chaddha. The movie’s star, Tom Hanks, received the 1995 Academy Award for Best Actor for his performance as Forrest Gump. Six Academy Awards, including the ones for Best Picture and Best Directing, were given to the film. There were many doubters that thought that this film cannot be remade and certainly not in Hindi cinema. We have often seen remakes done poorly and tarnishing the image of the original film. But the way Advait Chandan and scriptwriter, had thought everything through and no wonder the film was in the making for so long. The character changes that Aamir Khan and Kareena Kapoor Khan had to go through were also a big task. They have certainly portrayed Forrest Gump in an Indian way and it will certainly reach out to the audience. The writers and the director made sure that the movie is just not the exact remake of the movie and have thought about adding an Indian touch to it. In terms of direction, the areas to shoot that they have chosen and the historic events that they have related this story to, are beyond amazing.

Raksha Bandhan’s compelling anti-dowry themes and Akshay Kumar’s impeccable comic timing guarantee that there is plenty to hold the audience’s attention for two hours. Akshay Kumar has a propensity of bringing delight to the audience both on and off the screen. But he has also been sure to show the world the struggles individuals face on a daily basis over something as trivial as dowry, which is even forbidden in the nation. Overall, the movie is enjoyable, but, to put it mildly, it is just a ‘one-time watch’. Some of the situations were overly dramatic, which could have killed the audience’s mood. Nevertheless, there are several logical justifications for the movie that are required. There are times when it seems like the writers start to relish fat-shaming and color-shaming the sisters in the name of fostering a culture of toxic daily patriarchy which shouldn’t have been the case. 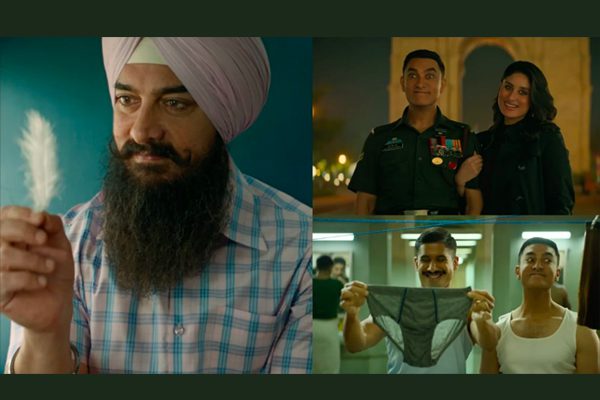 Pinkvilla said that the booking patterns point to an initial take of between Rs 17 crore and Rs 20 crore. But it has been a day since the day of the release but the numbers are not as expected by the fans and pundits. Laal Singh Chaddha had a 15-20% occupancy rate, which is a concerning number for an Aamir Khan movie. The creators are concerned about the opening day results, which are somewhere around Rs 12 crores. IMDb users have given the movie a low rating. Based on 12,000 votes, “Laal Singh Chaddha” has a rating of 3.5 on IMDb. This movie has an extremely low rating, and according to IMDb, it is Aamir’s lowest-rated movie to date. IMDb users give his big disasters like “Mela,” “Dhoom 3,” and “Thugs of Hindostan” higher ratings than “Laal Singh Chaddha.” If more people vote in favor of the movie, the rating on IMDb might alter.

In this box office analysis, we examine Raksha Bandhan’s first-day earnings while contrasting them with those of 2022’s other releases. Raksha Bandhan outperformed Ek Villain Returns, which brought in Rs. 7.05 cr and finished as the ninth highest opening day grosser, collecting Rs. 8.20 cr. According to the average rating of 7.3 thousand users, the movie scored a 4.5. 46.9% of users awarded the movie a 1 star rating on IMDb, while 38.3% of users rated it a 10. The majority of the film’s reviews have been positive, but according to current trade forecasts, the movie will need strong word-of-mouth from the public and spot bookings to generate stronger box office results. 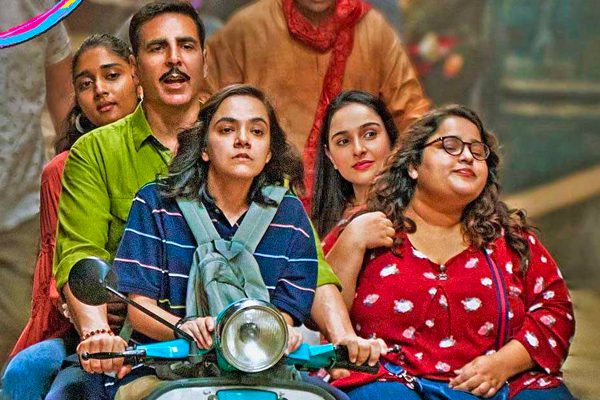 Lal Singh Chaddha found itself at the helm of controversy as there were rumors around the public to boycott the film. Before the movie even hit theaters, some online users started using the hashtag #BoycottLaalSinghChaddha on Twitter to urge viewers not to see the film. The inflammatory statement Aamir Khan made about “India’s rising intolerance” is currently making the rounds, and some of Kareena’s contentious remarks from the past have also been dredged up by critics. This is the reason for the number of users who have started social media trends to boycott the film. 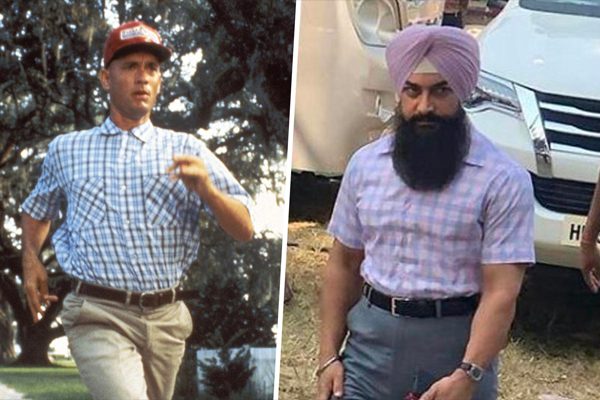 Along with Raksha Bandhan, Aamir Khan’s Laal Singh Chaddha got released yesterday in cinemas. The movie starring Aamir Khan will be shown on 4,000 screens. Raksha Bandhan, on the other hand, will premiere on 4,200 screens. Just to sum up, both films were well-directed, but with a few little adjustments here and there. A little amount of comprehension is needed in this situation because both movies have their strengths and flaws. However, if you’re only interested in seeing one of these films, we advise Lal Singh Chaddha since it has a somewhat more unique and uncanny plot than Raksha Bandhan.

These Work Place Games Are Fun And Can Reduce Weekday Stress

It’s Time to Shoot a Friday Game Day Mail to The Employees to Make the Workplace Fun & Cheerful, Don’t Worry We Have the...

Making Money in Your 20s? Learn How to Increase Your Net Worth

Are You Seeing All Your Salary Go Through the Same Steep Slope of the Mountain Again and Again? These Are Some Mistakes to Avoid...

Seeing These Partners Would Make You Want One, Happy Month of Love!

We Have Listed the Most Popular Love Birds of All Times as We Venture into The Month of Love, Take A Look! Cleopatra and Mark...