From Stars Who Adorned The Red Carpet To The List Of Winners Who Bagged The Trophies, Here Are All The Deets From The Award Ceremony.

Tuesday night was the one worth remembering, as it was a glitz and glamour affair at the 80th ceremony of the Golden Globe Awards. The award ceremony this year was quite a special one for a big reason. A 2021 Los Angeles Times article showed that none of the 87 members of the Hollywood Foreign Press were Black, leading to a racial exclusion scandal that has plagued the awards ceremony that is meant to recognize achievement in cinema and television. The awards are trying to recover from the scandal, as Tom Cruise later returned his Globes, NBC decided not to broadcast the ceremony the previous year, and inclusion reform started to take shape. 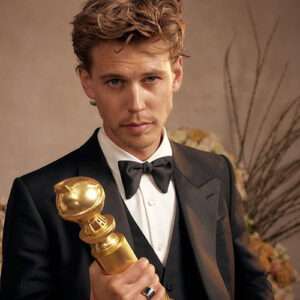 Austin Butler got the trophy for best actor (drama).

However, after years of boycott and controversy over the same, this year, the awards were held for the first time since the scandal, and undoubtedly, it was one hell of a night, where the cinema and television craft was appreciated by people who are best in the game. So, brace yourself because we’re here with everything you need to know about this year’s Golden Globe Awards. 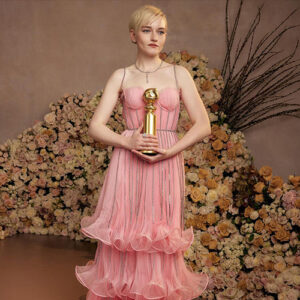 The ceremony which was held at the Beverly Hilton and the telecast returned at NBC and Peacock was hosted by Jerrod Carmichael, the man who took charge of the night as a host. The night was another chance for celebrities and industry stars to present their top-notch fashion statement on the red carpet, and guess what? As we mentioned, the night was filled full of fashion, style, and flashes capturing them all. 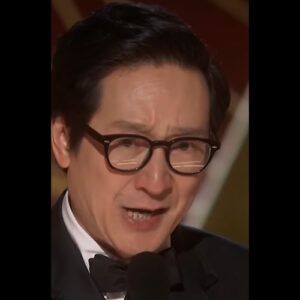 Ke Huy Quan got the best actor in a supporting role for Everything Everywhere All at Once.

Although it goes without saying, the night was a star-studded affair at the Beverly Hilton as we saw the glamour oozing at the Red Carpet. Global star and American singer Selena Gomez, Austin Butler, Lily James, and Anna Taylor Joy were the stars who graced the red carpet of the Golden Globes with their presence. Handsome and charming Andrew Garfield along with other stars like Michelle Williams, Jennifer Hudson, Kerry Condon, and Billy Porter attended the award ceremony while looking stunning. 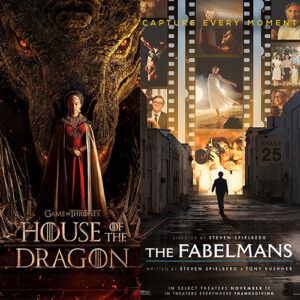 Coming to the winners of the night, while ‘The Banshees of Inisherin’ and ‘The Fabelmans’ won best feature, comedy or musical, and best drama, respectively, the TV prizes went to ‘Abbott Elementary’ and ‘The White Lotus.’ Best TV series – drama award was scored by ‘The House of Dragon’. While ‘The Fabelmans’ bagged the trophy as we mentioned above, Steven Spielberg won the best director for the same. 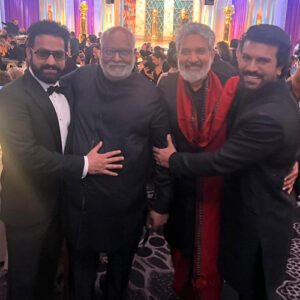 Making it a proud moment for Indian cinema, ‘Naatu Naatu’ from SS Rajamouli’s RRR featuring Jr. NTR and Ram Charan bagged the award for the best original song at the Golden Globes. Cate Blanchett was awarded Best Actress (drama) for Tár, while Austin Butler was the winner for the same genre. ‘The Banshees of Inisherin’ also became the shining star of the night as it also got Martin McDonagh the award for Best Screenplay. Alongside, Julia Garner won best actress in a supporting role for Ozark, and Ke Huy Quan got the best actor in a supporting role for Everything Everywhere All at Once.

This month, we’re shining the spotlight on electric bikes as they are an eco-friendly way of enjoying your bike rides. Read on and select...

If you are still thinking about how to surprise your mom this Mother’s Day, we got your back! Read On.If you still haven’t bookmarked...