As the other awards ceremonies were postponed, what was the reason that the Golden Globe Award ceremony was not attended by any celebrity? Read on to know more.

The Hollywood entertainment industry has never let down the expectations of its fans. With some of the great blockbuster pieces by our favourite stars, the industry makes sure to deliver entertainment at its best. But the real performance test result for movies and actors takes place when it’s time for the award shows.

Award shows have always been a looking-forward moment not just for the appreciation the actors, actresses and directors get, but also for the red carpet looks out favourites showcase by looking nothing but stunning. But looks like, this year is not quite in favour of the same. Well, the Golden Globe Awards is one ceremony, every star and their admirer keep waiting for. But this time, this was not the case with the 79th Golden Globe Awards. Keep reading to know the controversial story behind the scene.

The Golden Globes is one of the most awaited ceremonies in Hollywwod.

Most people are thinking that the Golden Globe Award ceremony did not happen this year. Honestly, that’s not true. There was a small ceremony at the Beverly Hilton Hotel on January 9, the same traditional location for the award ceremony as any other previous year. But the ceremony was neither televised nor streamed online. No guests, no red carpet and no audience. Talking about the same, the red-carpet looks are like a ritual and everyone has to follow that with the top-notch dress code. Although, this year’s scenario was different.

The real scenario of the Golden Globe Awards not happening, comes from the currently ongoing criticism towards the Hollywood Foreign Press Association (HFPA). The organisation was being criticised for its lack of diversity and inclusion both internally as well as among the nominations for the awards. The case can be explained as some of the journalists were not allowed in the ceremony and the organisation has zero number of members who were black. This created a backlash at the HFPA by the celebrities. The reason was that some biased nominations were noticed by the celebrities and it was also felt that many deserving films were not nominated due to the lack of diversity. 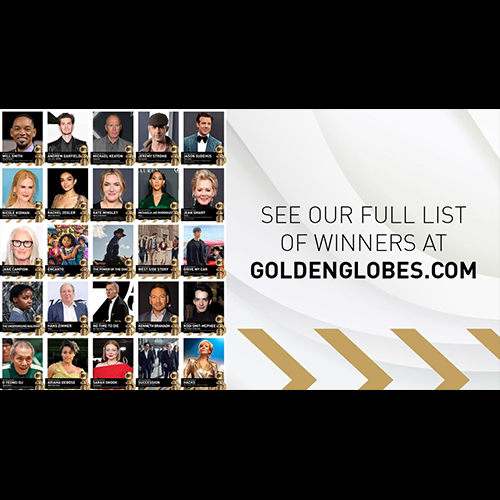 The winner of the Gloden Globes Awards were announced on the official social media handle in a private ceremony.

The constant pressure, criticism and protests by the celebrities for not participating in the awards until the issue was resolved, along with a Hollywood boycott last year, led NBC to decide that they would drop the Golden Globe Awards 2022 and resolve the issue by setting al the new terms and regulations with new members. Thus, the awards ceremony did not take place at a grand level. Another reason for the awards not taking place was the pandemic, although the intimate ceremony also took place keeping in mind all the guidelines.

Talking about the awards, the night still had its great winners. The winners were announced in a 90-minute personal ceremony, and the awards were grabbed by some of the great talents. It was clearly the night for Jane Campions, as she won the best director award for ‘The Power of the Dog’, ‘West Side Story’ was given the Best Picture award for the musical or comedy category, Andrew Garfield won the award for the best actor in Tick Tick Boom and many more were there.

Every Famous Brand Logo Has A Story To Tell

From Starbucks to Dominos, read on and know more about your favourite brands’ logos. In the business world, having a unique presence in the...

These pet cafes from around the world have our heart, read on to know about these “purfect” places!

Did you know there are so many adorable animal cafes in the world you can visit and makes some cuddly friends? Well, you do...

“Nothing is Sexier, than a Lady Who Knows How to Take Control” and Aline Cara Luna is That Woman for us, Read on! Just to...