Are you ready to experience Doctor Strange in the multiverse of madness? Read on to know what the trailer hints at.

Benedict Cumberbatch is back with the trailer of  ‘Doctor Strange in the Multiverse of Madness’, to deal with the real impact of the spell he attempted in Spiderman – No Way Home.

We are back here with some good news for all the Marvel fans out there. After the adventurous ride of blockbuster Spiderman: No Way Home, like always, the post-credits scenes left us in a dilemma of what is going to happen next, so, here it is. The trailer of Marvel Studio’s upcoming sequel of Doctor Strange is out and there are just too many things to notice. The trailer picks up right where Spiderman: no way home left, describing the mess that was created when Doctor Strange attempted the universe-altering spell for which, he will have to face the consequences now.

The hypothesis of the multiverse remains quite the same as spiderman, where Tom Holland met the other two spidermen from parallel universes to fight evil. However, things get messier in this series of Doctor Strange. The trailer promises the sequence, where Benedict Cumberbatch’s wizard, Doctor Strange supreme can be seen being attacked by other variants of the parallel universe. There is much more to the variants of Doctor Strange in the multiverse, and the most awaited is the ‘Evil Strange’ that is expected to be the show-stealer. The whole concept of this movie is expected to be based on how these Marvel characters will come together when the universe is attacked by dark forces. 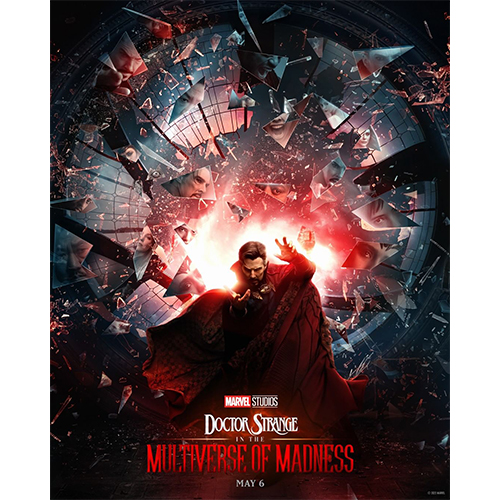 The trailer of Marvel Studio’s upcoming ‘Doctor Strange in the multiverse of madness’ is out.

The rumors and the trailer hint that many other characters from the Marvel Cinematic Universe (MCU) are expected to make an appearance with the upcoming movie, depicting it will Doctor Strange who will be responsible to deal with all the mess these variants have burdened in the past so far. Being in the multiverse, Strange might get help from some unlikely allies to make everything right, anything and everything is possible here. In the trailer, Wanda is also present to help Doctor Strange, but by looking at the trailer, looks like there might be a possibility of watching Wanda in her ‘evil’ character, as she does not look too friendly this time. 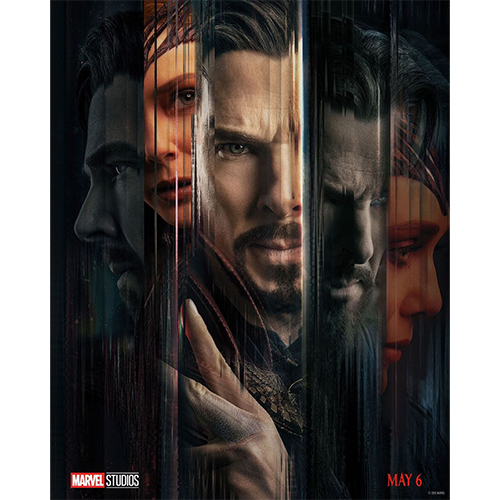 The trailer has created excitement among the fans as many characters are expected to feature in the film with different variants from the multiverse.

We hear a voice, and we are pretty sure it belongs to Professor-X of the Illuminati. If so, this would be the first time that a major character from the X-men series would make an appearance in the MCU. Another thing that will make the upcoming quite interesting is the horror genre that is being explored in the series which has never been done before in MCU. It would be an amazing experience to watch the variant characters of Marvel along with Doctor Strange trying to save reality from being ripped apart. The trailer cut has showcased the fascinating cinematography and graphics that Marvel has such a huge fanbase for. This one is going to be a super-duper hit in the series of Marvel Entertainment as the sequel of Doctor Strange is one of the most awaited ones.

‘Doctor Strange in the multiverse of madness’ will be released on May 6, 2022, so make sure you are ready with your snacks to experience this super complex multiverse scenario.

Bappi Lahiri is no more, but he will always be immortal to the music industry.

Legendary singer and composer Bappi Lehri passed away, but his legendary music will always be here to entertain us. Read on to know some...

It’s TIME to add STYLE to your wardrobe. Read on!

Watches are not just accessories, but an essential piece to have in wardrobe for both men and women. We are here to help you...

This T20I World Cup might be one of the best T20 tournaments that we have seen over the last decade or so, because you...