The world of entertainment is infinite, and Rochelle Rao fits the bill immaculately. Her beauty and intelligence wrapped delicately together also seal the deal. 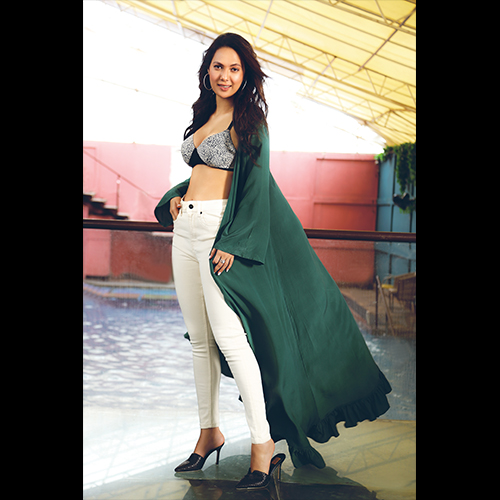 Chennai is probably one of the most underrated cities in the country.

You were born and brought up in Chennai, what do you love about the city? Any favourite childhood memory you’d like to share with us?

Chennai is probably one of the most underrated cities in the country. It’s not a metropolis where you would find yourself running continuously from morning to night, like in Mumbai or Delhi. My favourite memory as a child in Chennai would be picnics by the beach. When we were kids, a couple of our family friends with their children would pile up into cars and head down to the beaches. We used to enjoy our time, make a bonfire and spend the day swimming, running, and playing around. I will always cherish those memories.

Your love for dance has not been hidden from us and you have not failed to impress audiences with your moves. How was your journey in Nach Baliye?

I have always enjoyed dancing and I used to do ballet as a child. As an Anglo Indian, I think dancing is just a part of our culture. My mom taught us how to dance when we could barely walk. I think it’s very different to love dancing and to do it socially. However, it’s a very different thing when you get to be on stage and perform choreographed numbers, and Nach Baliye was definitely a huge challenge in that regard. It’s not easy at all, but having said that, I think I really enjoyed the journey, I learned a lot about myself, about dance, and I explored new avenues with my partner as well. The joy of seeing your performance after you have done it and realising that you actually accomplished what you set your mind to is a really euphoric feeling.

You were also a part of Khatron Ke Khiladi. How did you learn the art of overcoming your phobia?

I have always been a bit of a tomboy. Even as a child I used to love to be on my cycle or climb trees or just be outdoors. For me, Khatron Ke Khiladi was a little less about phobias and a little more about reconnecting with my childhood self. However, the tasks were not easy. They were quite nerve-wracking, but then at the same time, it was really enjoyable. 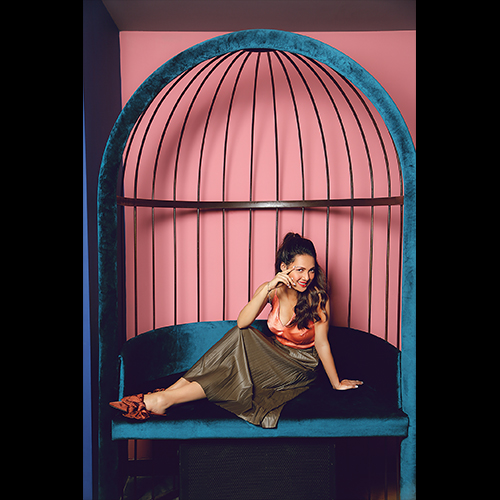 I have always been a bit of a tomboy.

Having won an India international crown, and now acing it in the entertainment world, what do you think is the key difference between the two industries?

The key difference about pageantry and entertainment is that firstly, the pageant world falls underneath the entertainment banner. But, they are two very different things. Pageantry is more about finding a woman who can represent a cause and make a difference in the world, whereas the entertainment industry is just about keeping people entertained. In India, we confuse it a bit because we look at Miss India or any of these pageants as an entryway into Bollywood. The actual reason why Julia Morley was the original owner of the Miss World pageant was because she wanted to prove that women didn’t need to get married to start off their lives, they could actually be influential and be the instruments of change.

Have you ever considered branching out into something different in the field of entertainment, for instance directing or screenwriting?

I have definitely thought about branching out into other things. In fact, a lot of people don’t know this, but I have a degree in electronic media. It’s basically a general understanding of production. My purpose in studying everything was actually to go behind the camera because my dad is a wildlife photographer, and I was inspired to do the same. But, even before I had finished my course, I was already modelling and was out there in the entertainment industry. So, I decided to give the front of the camera the first shot. But, I am very convinced that at some point in my life, I will be transitioning into a different aspect of the entertainment field.

Web television series are a rage right now and the fire has caught up in India as well, will you be interested to work in one?

I would definitely like to do a web series. It’s a great platform because there is less restriction and there are fewer people involved. So it allows the creative team to just be free and make the story. It’s like a blank canvas and you can just paint whatever you want on it. It’s also less of a commitment because you shoot for a couple of months and then you’re done. You can easily move on to the next project because you’re not tied down to just one thing.

What’s your take on social media trolls? How do you handle all the criticism that comes your way?

I think the social media trolls are so out of fashion. Initially, I had to deal with it and it really affected me. There was a point when I had put on a bit of weight right after Bigg Boss and I was attacked viciously on my social media platform to the point where I actually got off it for a little while because it was too much for me to handle. But then I realised that it’s only cowards who hide behind a computer screen. I grew thick skin and now when someone uses nasty language, I just delete and block that account. People have their own negative opinion and I am okay with that. If it’s just criticism, I don’t really do anything about it, I just ignore it. That’s their opinion. That’s a waste of their time and the Internet is a free space for every type of person. 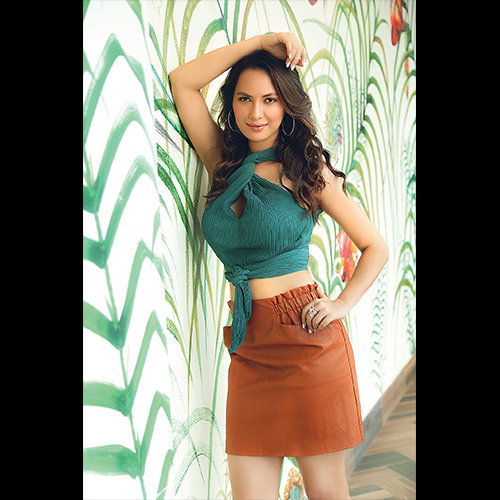 “I like men who are very comfortable in their own skin and confident about who they are.”

It is said that the key to a man’s heart is through his tummy. What we’d like to know is, what would a man have to do to impress you?

I think the key to my heart is also through my stomach. I really love food and one of the things that convinced me about my partner was the fact that he loves to cook. Anyone who tries to put on a show and tries too hard to impress me won’t cut it. So, I like men who are just very comfortable in their own skin and confident about who they are. Simply share a positive moment and that’s about it. That’s probably the way to my heart.

“I like men who are very comfortable in their own skin and confident about who they are.”

Tell us about the craziest date you have ever been on.

One of the craziest dates I have been on was probably during a shoot in South Africa. Once I got eliminated, I decided to stay back in Cape Town and enjoy the city. I made friends with a South African girl and joined her for dinner as it was my last night in the city. There, I met one guy in the group and he said, “let’s go on a date right now and I’ll take you for the best burger you’ve ever had.” So, we broke away from the group and went to Steers, which is a South African food chain. We ate and went for a drive up to a little rock overlooking Cape Town and the ocean. It was just one of these bizarre middle-of-the-night-dates with a guy I had just met. Of course, we’ve stayed friends since then, but it was one of those crazy things that I did in the spur of the moment.

What does 2019 hold for you? Anything new and exhilarating on your plate that you’re looking forward to?

2019 is a creative year for me. I have been trying to curate my own content for my social media account and I’m going to work on a web series. It will be my first proper acting stint. I can’t share more details about it yet, but I’m really excited. It’s a new avenue for me, something that I haven’t done before.

How was your experience shooting for FHM Fantasy? Did you have fun?

The shooting experience for FHM Fantasy was a lot of fun. The pictures have turned out to be bold and beautiful. The team from the stylist to the makeup artist and photographer, everyone was nice. We had a really great day together. 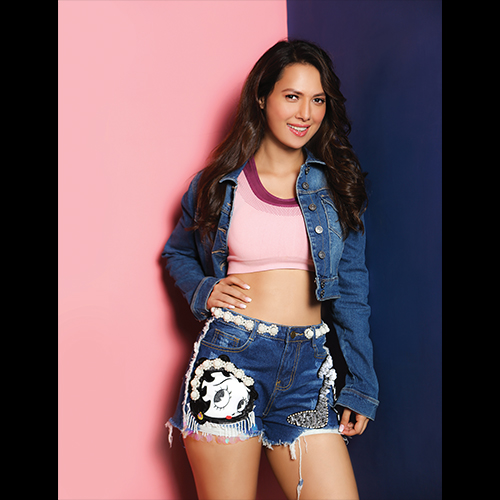 I think the key to my heart is also through my stomach.

The first thing that you do in the morning

How do you unwind after a long day?

I hang out with my cats

The last movie that you saw?

Fast & Furious Presents: Hobbs & Shaw. The Rock was really good in the film

If you had a superpower, what would it be?

The ability to change people’s minds

One song that is currently stuck in your head?

A director you would love to work with?

A film role you think you would have done better?

I don’t think I would have done it better, but I would love to play the role of Mary Kom.

Food or gym: Food, any day

Theme park or water park: I love them both, go crazy and need to go on all rides

This increased competition has created more alternatives for the consumer, but this has also confused the consumer about which smartphone to buy.Smartphones are the...

The arrival of Ticket To Finale Week signals that things will soon become much more complicated. Let's wait and watch what happens in this...

Chris Noth got fired from Equalizer for sexual Assault

Law & order actor Chris Noth got fired, the claim against his sexual harassment is made evident. Some of the cast women came forward...