The pandemic gave us all enough time to make the shift of physically playing our games to shifting it virtually. With the casino industry making the shift, we all saw people of all ages getting the opportunity to indulge in the games played inside casinos. The virtual platforms have now given us all the opportunity to become a pro in games like BlackJack, Poker, Roulette and many other card games.

Although one problem that could be faced is the fact that even though these games are now available online, not many of us know the basics of such games or even some useful tricks and tips to help us win. Whenever you start a game of black jack or roll a dice in any casino, it is expected that you not only know the rules of the game but also have enough experience to be confident about your money.

But the same cannot be said when one opens an app to play a game, as these apps are now available to all of us. And at some point we all get won over by the ads of online card games. What to do if you find yourself more and more attracted and interested in testing out your luck in a BlackJack game but are an amateur? Well, we will say not to depend on luck but actually learn the basics and tips, therefore we are here to help.

Let’s start by going over the rules of the game. The number to keep in mind is 21. The one major goal is to beat the dealer, without going over 21. Assuming that you know the cards, note that an Ace is either worth one or eleven, while the remaining face cards are worth 10. One of the dealer’s cards is hidden till the end while the first card is shown, each player starts with two cards. ‘Hit’ means to ask for another card, the dealer will hit till his card total is 17 or higher. Doubling means to double the hit. If your original two cards are of matching, then you can split them, which also means you will have to make a second wager for the second hand. If you get over 21, you are bust but if you get a BlackJack then you generally win 1.5 the amount of your bet (depending on the casino or game). 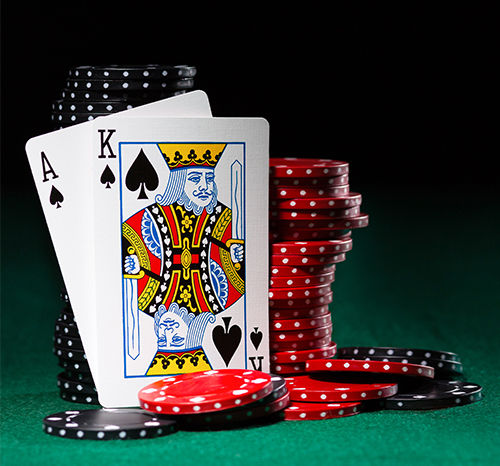 Blackjack is not just a guessing or luck based game but actually involves numbers and strategies.

If you are an amateur, in a casino, make sure to look around, observe and try to find a table with the most liberal playing rules. The same applies to apps, before downloading; in short do your research diligently. A single or double deck game might have better odds for you rather than a six or eight deck game.

Know that BlackJack is not just a guessing or luck based game but actually involves numbers and strategies. There are some basic playing strategies in place and before entering any of the game tables, make sure that you have learnt these strategies and can use your brain enough to know when which strategy is to be used. Use a strategy card to make sure you are not making mistakes. One major tip is to avoid the insurance wager, even if the dealer offers it. Another thing to keep in mind is before taking any action check the dealer’s card and always start small. Also, don’t put in all your money, remember after all it’s a game and the money invested in by you might just never come back. 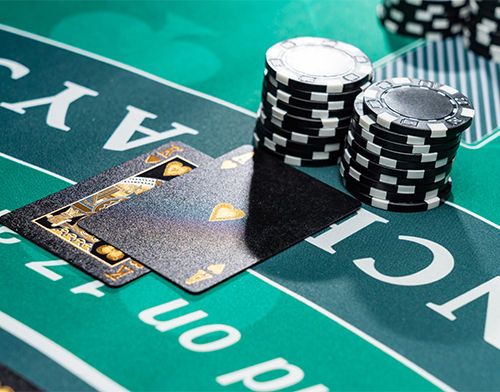 If you are an amateur, in a casino, make sure to look around and observe

For those of us looking to know about when and how the game started, the conclusion comes to a blurred end where no one is actually sure about the timeline of the game. However, it is said that BlackJack became known in America in the 18th century and was brought down by the French Colonists.

Another interesting fact about the game is that it has a hall of fame that holds some memorable names. In 2001 Stephen De Raffaele dealt the game for 51 hours and 33 minutes; he still holds the Guinness World Record for the same.

The famous movie, ‘Now You See Me’ uses the term ‘Four Horsemen’, who actually exists and are called ‘Four Horsemen of Aberdeen’, as they are considered the first four men to work out the calculations to create an almost flawless BlackJack strategy. Meet Roger Baldwin, Wilbert Cantey, Herbert Maisel and James McDermott, have also been included into the BlackJack Hall of Fame as a group. 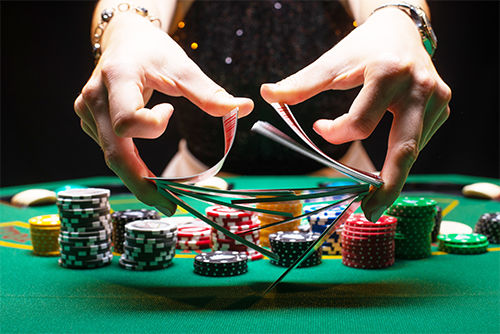 Blackjack has a hall of fame that holds some memorable names. In 2001 Stephen De Raffaele dealt the game for 51 hours and 33 minutes; he still holds the Guinness World Record for the same.