If Lady Luck has agreed to favor you this time, we present to you some exciting games to try your hands at. Don’t worry, they’re not that hard!

There is a lot of disagreement out there about the best casino games which is understandable, as everyone has their own preference. Some might like blackjack as it involves counting cards while others might hate it because it involves counting cards. Some casino games are boring for just about everyone while some are loved by every single player. You get what we’re trying to say, right? Casino games are fun and present a great way to pass time, especially if you’re traveling and wish to stay in and relax, but still have fun.

Whether they enjoy popularity or not, one thing is common across all casino games: they either depend on luck or they depend on skill – sometimes both! Playing at a casino involves staking real money online or the use of cash or casino chips when you’re playing in land-based establishments. Today, gamblers have the option of choosing from a plethora of casino games, although back in the day, they were forced to choose from a very limited number of options. But these days you will find thousands of games with state-of-the-art machines, special effects as well as a bunch of other cool features that makes playing even more exciting. Continuing the thought, here we have a few casino games for you to try your hand – and your luck – at. Don’t forget to play the odds! 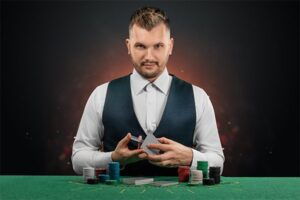 Red Dog is the name for two different, yet simple, card games. Talking about the first version, it has some other names as well – yablon, acey-deucey, and between the sheets. In this version, each player will put up an initial stake and will be dealt two cards faceup by the banker. If the card ranks are not the same or consecutive, the bettor can increase his stake by as much as the original amount of their wager on the assumption that the next card turned from the deck will then be intermediate in rank between the first two cards. Next, a third card is dealt between the first two and if it is intermediate, the bettor wins.

The second version is also known as high-card pool and all players contribute equally to a pot that is to be replenished by new antes as and when it gets empty. Each player gets 5 cards or 4 if the 9 or 10 play. The player left to the dealer starts and each player, in turn, may toss a chip in the pot to throw his hand in or if the player wishes to bet any remaining part of the pot that at least one of his cards would be of the same suit and higher in rank than the next card that is turned from the deck. After the pot gets covered or all players have placed their wagers, the banker will turn the top card and each player receives the pot that was the amount of the player’s bet. 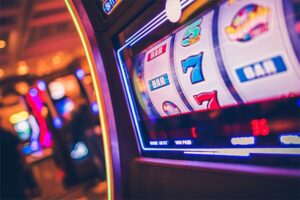 Slingo combines the elements of two games – Bingo and Slots.

Slingo is a portmanteau of two games – slots and bingo and it combines the elements of both games. It was created by a New Jersey real estate developer in 1994 who also founded the company – SlinwhichInc. which created and marketed games based on the Slingo theme. In more recent times, Slingo has gained popularity in the UK online gambling industry as many sites have begun to host the game as well as its various iterations.

Slingo can be played online as well as on casino floors. The game has various spinoffs as well as variations that make it a fun game to play. A player gets 20 turns to “spin” the numbers below their bingo card and five numbers appear. If the numbers are found on the card, they can be crossed off by the player. Special items may also show up during the game and can be helpful for the player as well as unhelpful as some can result in the score getting cut in half. The one with the most points at the end wins the game. 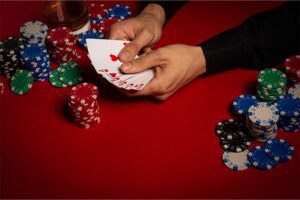 Spanish 21 is played with a “Spanish Deck.”

Some consider Spanish 21 just a blackjack game with only a few different rules. Although they’re not necessarily wrong with the sentiment, the differences are significant enough that Spanish 21 deserves a separate chair at the table. The game has very similar pros and cons as blackjack. But, it also has quite a few differences.

Spanish 21 is played with a “Spanish deck” which is nothing but a deck of cards without the 10s. The face cards still remain in the deck, but all the cards with the number 10 are removed. Late surrender is always available in Spanish 21 and so is doubling after splitting. Spanish 21 requires you to adjust your strategy in some significant ways and is often a better choice as well as the best bet, mathematically, out of all the bets at any casino.

Daisy Pettinger – Babe of the Month

The ugly side of the Bollywood industry is revealed by these controversial celebrities, know all about this, here!Bollywood movies such as Atrangi Re, Radhe,...