If you’re tired of holiday activities, so this deck of cards came to rescue you from your monotonous life. On this National Card Playing Day – let’s know about this good pastime.

The end of this year is in sight and all the festivals have come and gone. And if you get tired of all the festivals hustle & bustle and need a break before New year’s fun begins. Then you need to know this. First, put your phone aside, need to sit with your friends and family or there are also some card games you can play alone. Take some snacks, and a deck of cards, shuffle & cut the deck and play out a few rounds of card games on this “National Card Playing Day”, which is observed on December 28.

A National Card Playing Day, which is also a great day to kick back, unwind, and enjoy some time with your family and friends. Let’s hope you get the best cards so; you can win every card game you play. There are countless types of card games out there, if you have lost interest in one game, it’s time to learn another one. Different type of card is enjoyed by people around the world. There are 52 cards in a deck comprising 13 ranks in every 4 different suits Diamonds, Spades, Clubs, and Hearts. Each suit includes Ace, King, Queen, and Jack.

Here are five different types of card games you can play: 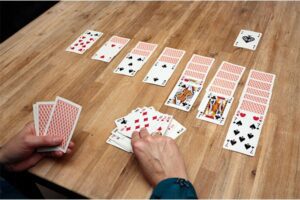 It is also known as the Patience game

One of the most popular games of cards. It is also known as the Patience game. It originally a single-player game but you can also play it with someone else. You can play it online as well. This game has different tableau arrangements and goals. The goal of this card game is to make a card sequence and build foundations by suit. It requires skill, memory, tactic, and a bit of luck if you’re playing against an opponent. You must finish your deck of cards as fast as possible. 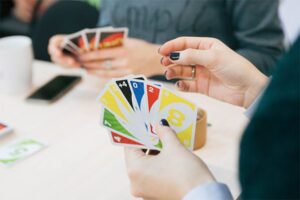 It can be played by with entire family

Shedding Games is another fun game. It can be played by with entire family. This game requires each player to play their hands and must shed their cards. The first one, who discards all their cards becomes the winner. There is only 1 loser, the last person who left with a card. 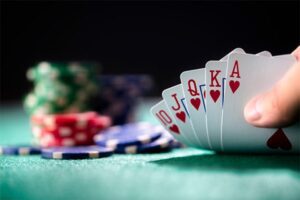 It’s one of the most popular card games, which is designed to play with two or more players. Several card games come in this category and most of them are outplays games. It means each player has a hand (cards) that they use to play cards or tricks. Most of the trick-taking games have several rounds. The goal of this game varies, you will have to collect many tricks as possible or avoid taking tricks (penalty card) at all. 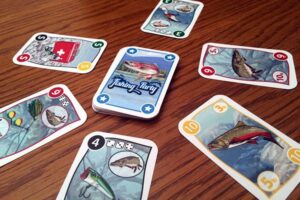 It is also one of the national card games in Italy, where it is called Scopa

This game is quite popular around the world. In China alone, there are various types of fishing games. It is also one of the national card games in Italy, where it is called Scopa. In this game, each player has a hand (given a few cards), and the remaining cards are displayed on the table (face-up). Each player will have to play a card on their turn. If a player’s card matches any of the cards displayed on the table. A player can capture the card and face it down, close to them and if the card doesn’t match any of the cards displayed on the table, it will add it to the layout and the next player play their cards. 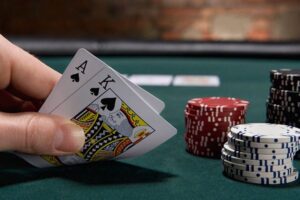 Vying games competing with your opponent for superiority

This game means competing with your opponent for superiority. In these types of games, each player compares their hands to discover who is holding the best combination of cards or the superior card combination. It is also known as Comparing games. This category mostly covered gambling games.

But then every coin has two sides and the same is with card games.
Playing cards for fun is good but getting addicted to it is harmful. It can be harmful in more ways than just financial loss. Relationships, Self-esteem, physical and mental health, social life, and professional performance can all be negatively impacted by gambling. Gambling harms not only the gambler but also their loved ones, friends, colleagues, and communities.

Singer and Bigg Boss OTT fame Millind Gaba and girlfriend Pria Beniwal are married and here are the details about the grand wedding that...

Do you like kissing and tasting your partner down there or do you prefer the other way around?‘Going down is an art and not...