Cardi B the popular rap queen is a mother now, her music made huge headlines in the industry but on twitter the discussion on his recent baby boy is not over yet. Get to know about the recent baby’s name which even “Google” did not disclose!

Cardi B is an American rapper and a songwriter. Though her Rap is quite aggressive and candid. She made her rapping statement quite loud and so did her bold attitude in the industry. Her rap songs are the Genz current playlist such as Bodak Yellow, Wap, Please Me, Money and I like it. Cardi B even won awards such as Grammy Awards, Billboard Music Awards and MTV Video Music award.

Though Cardi B’s music is juicy, her personal life is quite the opposite. She got married to offset in 2017 who is also known as Kiari Kendrell Cephus an American rapper. Cardi B did a public engagement but she secretly got married to offset. She mentioned in a tweet “There are moments that I want to keep for myself. Getting married was one of those moments!

Cardi B became a Rapper mother in 2018 who she named Kulture Kiari Cephus. Though her recent 6-month-old son was born in March, 2021. Cardi B shared a hospital picture with the baby boy on 6 September. She was with Offset and the baby was covered in a blue blanket and Cardi B got her picture shot with a Gucci blanket. She shared a glimpse of baby eyes and mentioned, That’s all you will get. 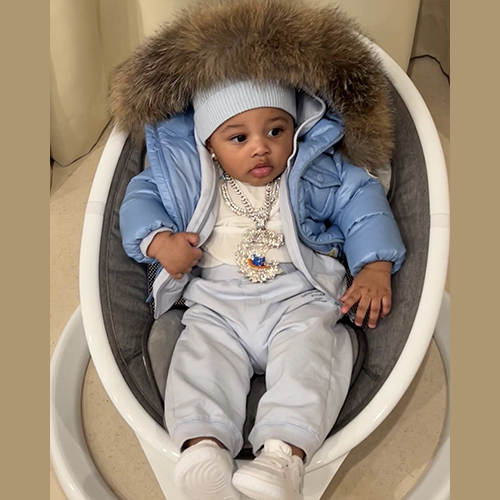 Cardi B gave a hint for her baby boy name with the accessories.

Cardi B made a tweet reflecting on the necklace and expressed that when offset suggested Wave. My heart was sold, that had to be his name. Even cardi-b posted his son’s picture and he was spotted wearing the accessories which included waves and whales. Cardi B’s mother has approved that his kid’s name is Wave.

Recently, Cardi B was spotted with Essence photoshoot with offset and their kids Wave and Kulture Set Cephus on the photoshoot. During the photoshoot Cardi B was spotted holding Wave Set Cephus, Kulture Kiari Cephus and offset with his previous relationship children Kalea, Kody and Jordan this picture of the family left a quite classic, bold appearance on the internet. The fans reacted with support and extreme love towards their adorable photoshoot. Fans noticed that Cardi B one of the babies looked like a twin of Kulture which shocked the entire fandom. 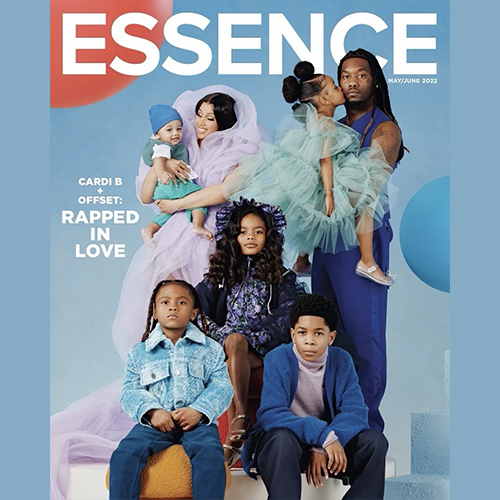 Currently, Cardi B did mention a hint “Wave” as the baby’s name but the google is yet to reveal the name. Though this baby made quite a rush on the internet and its appearance does reveal the reason behind its excitement. Cardi B is back into her rap life, she has recently released her song “Shake it” with Dougie B & Bory. This collaboration after her pregnancy made more hype on the internet as Cardi B is coming up with entirely new style and new energy.

Our Girlfriend for December recently made her entry in a reprised television show, which made a lot of heads turn both on, and off...

How to stalk the person you just met & had an instant crush on but no details? Here are ways that will surely work!

Still dreaming about the person you met at the party but are just unable to get your hands on his social media handles? Well,...

"My life was controlled by too many people and that doesn't really let you be yourself." -  Britney SpearsIt is not possible to talk...