Cricketer Virat Kohli and Bollywood diva Anushka Sharma have announced to invest in â€˜Blue Tribe Foods, a startup that offers a variety of plant-based meat to focus on the vision to help meat-eaters with better and healthier options with taste.

Who would you put your bets on if you had to choose the most adorable couple in Bollywood? We would choose Virat and Anushka aka Virushka, without any doubt. both Anushka and Virat are not just influencers but, also are an inspiration for many out there as a couple and as individuals. The couple represents their level best in the different heritage of our nation and makes India proud. For the unaware, Indian cricketer Virat Kohli and Bollywood actress Anushka Sharma have been following a vegetarian diet for many years now and thus, the couple has invested in a startup to embrace the concept of plant-based meat.

The celebrity power couple has recently announced investing in the â€˜Blue Tribe Foodsâ€™ company, which is Indiaâ€™s leading manufacturer of plant-based meat. The company has welcomed the Anushka and Virat on board not just as investors but, also as brand ambassadors. The couple has made an official announcement on their social media handles about the announcement and shared their views regarding the same. Anushka mentioned how the investment is the first step towards the vision to tell people how they can be more conscious about nature and understand the need to help the planet. 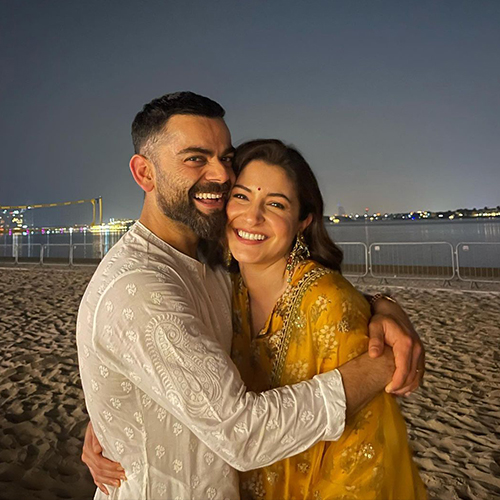 Anushka and Virat will make an effort to spread awareness for the adoption of plant-based meat, as there is a large demographic population who are meat-eaters.

On the other hand, Kohli mentioned the fact of him being a foodie and how the taste factor was one big part of their decision to invest in Blue Tribe. In recent years, the adoption of veganism has increased over time and people have been noticing the carbon imprints that are left on the planet. Virat also said that people can have a lower dependence on meat with plant-based meat which can also result positively in the impact that can help the planet. Well, this is exactly where the role of Blue Tribe plays off to bring a perfect balance in the food thatâ€™s delicious as well as good for nature. Â

Blue Tribe was launched at the beginning of 2021 with great support from the Good Food Institute of India. The company claims to target vegetarians and vegans for their wide range of plant-based options, along with the meat-eaters that can be manipulated by the taste of plant-based meat. Â Both Anushka and Virat will make an effort to spread the message for the adoption of plant-based meat, as there is a large demographic population of 60% who are meat-eaters. The celebrities will try to influence people to make a shift to enjoy their food without harming nature. There is a large variety of products that Blue Tribe is currently offering its customer including plant-based nuggets, mutton keema, momos, chicken sausage, and many more.

Blue Tribe Foods is Indiaâ€™s leading manufacturer of plant-based meat. The company has welcomed Anushka and Virat as investors and brand ambassadors.Â

The founders of Blue Tribe Nikki Arora Singh and Sandeep Singh have also mentioned that their main objective is to attract the meat-eaters who want to shift to a healthier option of diet as well as satisfy their cravings. The plant-based meat is rich in fiber and protein, and also is fat-free. The sale of plant-based meat is increasing as people are accepting the need to avoid animal-based products.

Sourav Ganguly and Jay Shah have played a key role for the success of the Indian Cricket Team as well as the growth of...

We have got you another fancy drink for a divine Saturday, which has officially become a drink day of the week. Relish away! "Cocktails are...

It is Thursday that means it is time for another episode of India’s favorite talk show, Koffee With KaranThe new episode of Koffee With...

Sometimes, the end of a relationship happens unexpectedly, other times, it slowly creeps up on you. Here are 5 signs that it might be...