Vicky Kaushal, Kiara Advani, and Bhumi Pedneker starrer will be released on Disney+ Hotstar in the upcoming month.

The trailer of one of the most awaited movies starring Vicky Kaushal, Kiara Advani, and Bhumi Pednekar, ‘Govinda Naam Mera’ is finally out after a long wait and we can’t wait to have a look at the fresh chemistry of these three megastars. Looking at the trailer, we’re quite sure that this movie is going to be a fun-filled journey with many unexpected turns and twists. 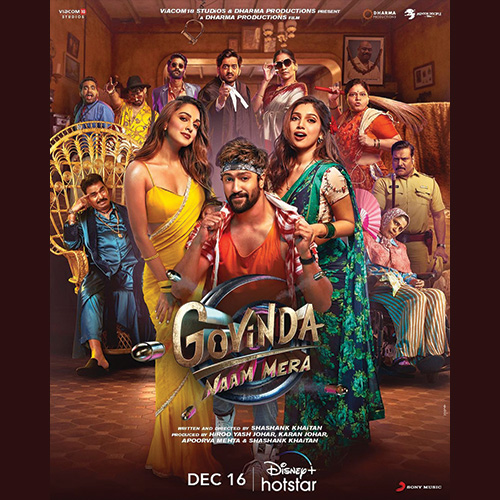 With many fun and quirky moments in the trailer, the two-and-a-half-minute trailer gives us a hint about the complicated life of Govinda (played by Vicky Kaushal), who is caught between his abusive wife (Bhumi Pednekar) and his naughty girlfriend (Kiara Advani). The trailer sets in motion with a doorbell. Lost in his dreams, Govinda (Vicky Kaushal) is shown gazing in awe as Kiara Advani approaches him seductively while wearing a yellow saree. Govinda wakes up to a kick from his wife Gauri (Bhumi Pednekar), and it was all a dream. Gauri introduces her boyfriend and calls Govinda ‘bekaar,’ which means ‘useless.’ Frustrated with his wife when Govinda screams for a divorce, Gauri warns him that getting a divorce will cost him 2 crores when he requests one out of resentment. Then, we get to know Suku (Kiara), his ‘bad girlfriend’, who is also a fellow choreographer of Govinda. 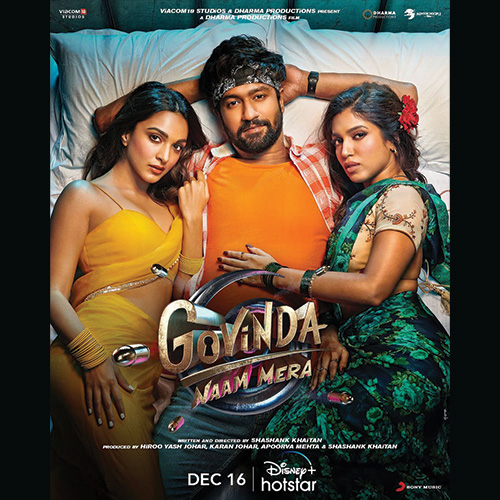 The movie is a comedy-crime-drama.

There is a gunshot sound and a murder is announced after Govinda approaches Gauri with a weapon. But was it Guari? Well, to know that you will need to watch the movie as the trailer maintains the suspense of the story for obvious reasons. However, it is now time for Govinda to avoid the police and thugs since they all suspect him of committing the murder even though there isn’t a body. Govinda is now the main suspect in the case. 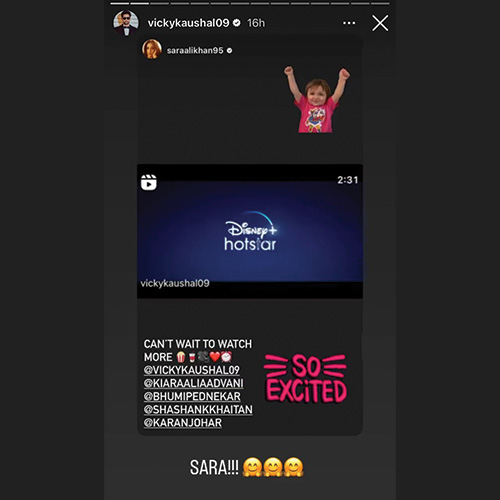 Actors like Sara Ali Khan shared the trailer of the movie on their social media handles.

As we mentioned earlier, the trailer takes you on a roller-coaster ride that is full of fun, drama, crime, comedy, and laughter of course. Playing the characters of choreographers in the movie, fans are also expecting to see some sexy moves by Kiara and Vicky. Produced under Karan Johar’s Dharma Productions, the movie is helmed by Shashank Khaitan. For the unversed Khaitan has previously directed some of the great Bollywood blockbusters like Humpty Sharma ki Dulhania and Dhadak. This time, the director is bringing ‘Govinda Naam Mera’, which is set to release on December 16 this year on Disney+ Hotstar. 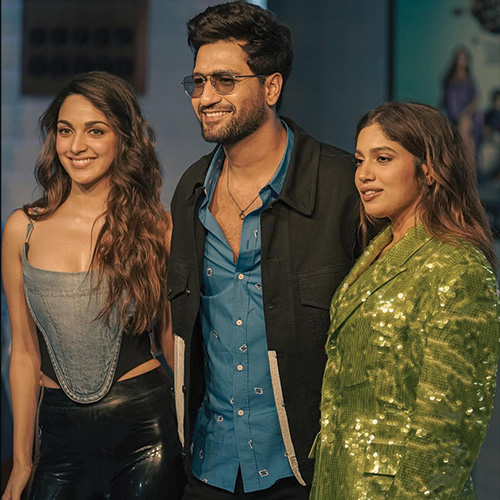 The movie is set to release on Disney+ Hotstar.

Surely the most interesting part about the trailer and this movie is the fact that the audience will get to see our Punjabi Munda Vicky Kaushal in a spicy entertainer for the very first time. On the other hand, the two divas of Bollywood Bhumi and Kiara will also be seen together sharing the screens. Right after the trailer was released, many Bollywood stars like Sara Ali Khan and Jackie Bhagnani hailed the trailer while also mentioning the cast of the film.

7 Indian Ads That Are More Catchier Than Bollywood Dialogues

Nostalgic Indian Ads, which have never left our mind. Let’s find out, if you remember any of these Indian ads.Summer vacation days, when you...

For all those who are a little obsessed with Bollywood and the drama that goes inside the industry, here we have a list of...

Latest Launched Watches To Get In 2022

5 Months Into 2022 & Here We Have An Updated List Of The Watches All Horologists Need To Add In Their Collection. Yes, it isn’t...

National Cinema Day will now take place next week, as stated by the Multiplex Association of India

National Cinema Day was supposed to be celebrated this week on Friday but due to some constraints the date has been shifted  To recognize National...