Be Casual! Let the Bucket Hat Do all The Talking, Just Save It from Falling.

Folks this time we have a reversible bucket hat from Burberry for you. We have observed that the hat trend goes through waves of fashion. Lately, bucket hats have been so popular because of the heavy influence of pop culture. People find it really cool to wear a bucket hat. However, the hat was nowhere near as popular in the 1990s compared to the 1980s. But not to forget, celebrities such as Billie Eilish, Justin Bieber, Meryl Streep, and Dennis Rodman have contributed to keeping the popularity of these hats alive and kicking. And indeed, we can’t forget that these are also popular in K-pop with several big Korean names such as BTS wearing this style. This has helped bring the style to a new generation of music fans. Let’s dive in and discuss about Burberry’s reversible logo-embroidered cotton-twill bucket hat. 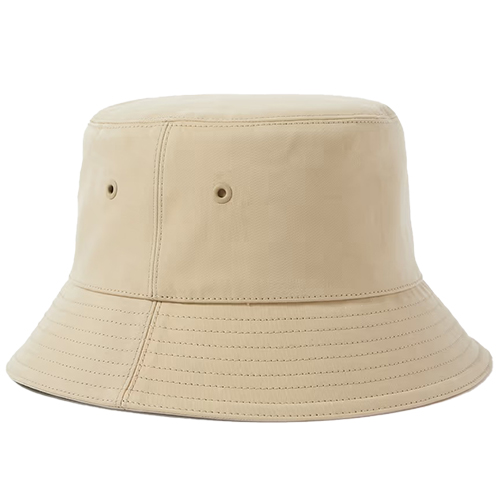 No doubt the bucket hats are extremely lightweight and flexible, and you can easily pack them. Similarly, this Beige hat switches between plain beige and a reverse with a ‘Nova’ check across the crown. This allows you to style in innumerable ways. But at the same time, it enables one to wear it. And the other drawback which we feel is that this brimmed hat always feels tight fitted to the head which can lead to headaches. And when one chooses a bigger size, it covers the eyes and most of the time keeps falling because of a loose fit. Because of improper fitting, the top of the head turns into a pencil. Those who experience synaesthesia know the discomfort of seeing something and because of that it often feels uneasy and discomforting. 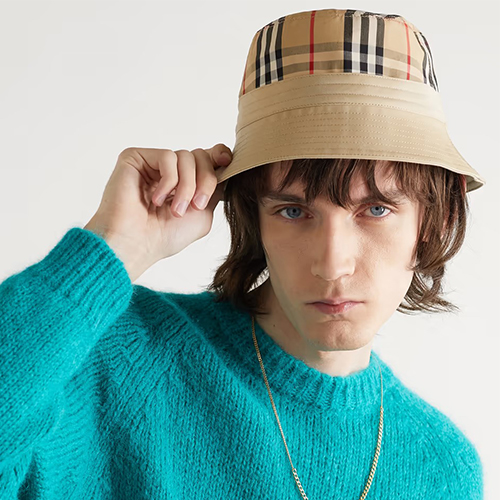 The bucket hats trend goes through waves of fashion. It has been so popular recently because of the heavy influence of pop culture.

Being a pastel colour, this beige bucket cap can easily get dirty. But the brand details strictly say to not wash it, which makes us think that this product can’t use in a long run. Simultaneously, wearing it for a long time can harm your hair as it traps the oil from your hair and will make your hair dry. In our opinion, a good hat goes a long way in the summer months to keep the sun off you, but this bucket hat surely does not have too large a life to save you from sunlight. It can be worn for the sake of style but for some time as it is not that comforting. If one needs a bucket hat to swag for an event, we suggest that customizing it can be a great choice. While wearing it often feels itchy because of moisture around the hairline. If you are a fan of bucket hats then you can carry them on vacations and can accessorize them with your outfits but save them from getting dirty! We would be keenly interested to know the looks you create with this bucket hat.

The Chain Of Bollywood Fiasco: It’s High Time For The Industry To Level Up