It’s Time to Say I Do – Interesting Facts About Weddings

September sees the most weddings and so to make things interesting, here are some interesting facts and figures about weddings that you’ll find interesting.

There are a few months of the year that see the most weddings. Now, these vary a little depending on continents and countries, but they largely remain the same in most places. September and February are the two months that see the most weddings despite the change in destinations. So, this September, we sleuthed around and found some interesting facts about weddings for you. Read on to gain some new knowledge!

1. There is a reason Las Vegas is considered the top wedding destination; over 100,000 weddings take place in Las Vegas in a year. The second place is occupied by Hawaii which sees 25,000 weddings a year. 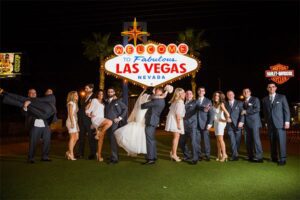 2. Since cranes are considered to be symbols of life-long fidelity, Oriental wedding dresses often display embroidered cranes. And at Japanese weddings, it is considered good luck for 1001 white paper origami cranes to be present. 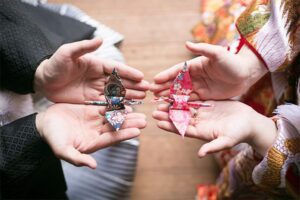 3. The addition of the veil to the bride’s wedding attire was made by the Ancient Greeks and Romans due to their belief that the veil protects the bride from evil spirits. 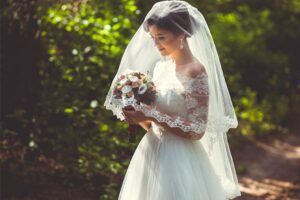 4. There’s a story behind the popular phrase – tying the knot. This phrase came into being due to the fact that in many cultures around the world there is a tradition of tying together the bride and groom’s hands. This is done to demonstrate their commitment to each other as well as their bond as a married couple. 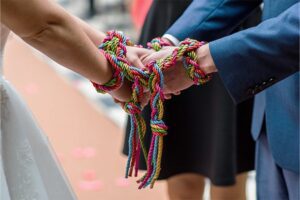 5. The beloved tradition of the Western world of wearing a white wedding dress was started in 1840 by Queen Victoria. Before that, brides just chose to wear their best dress to their wedding. 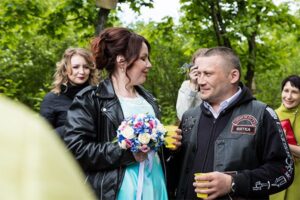 6. The word honeymoon also has some strange origins. After their wedding, Ancient Norse bridal couples would go into hiding and a family member was tasked to bring them a cup of honey wine for 30 days – or 1 moon – which is from where the term comes from. 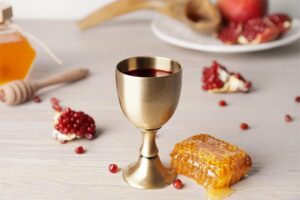 7. Couples in Europe were free to marry themselves before the 1500s. It was in 1564 that marriage was declared a sacrament by the Council of Trent and became the province of priests and churches. 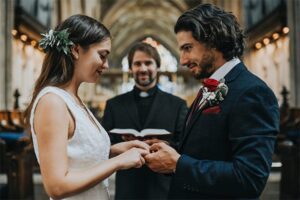 8. The saying “3 times a bridesmaid, never a bride” dates back to the 16th century when it was believed that if a young maiden served as a bridesmaid 3 times and was unable to catch the eye of unmarried males, then she never would. But serving as a bridesmaid 7 times broke the spell and the woman was considered a sure bet for marriage. 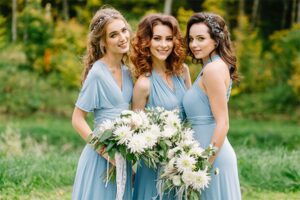 9. The credit for the longest wedding ever recorded goes to the one that lasted 91 years and 12 days. 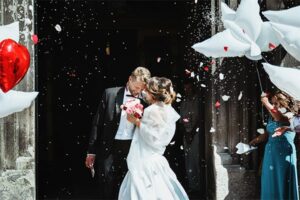 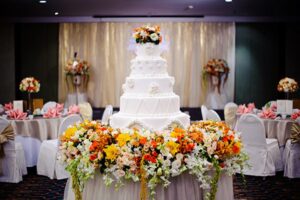 “and then we drank each other’s blood.” Would you go to such lengths to seal the love? Well, Megan Fox and Machine Gun Kelly...

Megan Fox and Machine Gun Kelly are engaged and we are here to tell you all the details about the couple's dreamy proposal.Love is...

Your woman loves to be touched by you in many ways and not all of them have to be sexy.Every girl loves when her...

The Hottest Fitness Trends for 2023

A new year deserves new fitness regimes - and trends! There’s no use following the old trends, right? Read on if you’re feeling curious...

The news just dropped that our fluffballs of love, Dogs, can sniff the presence of Covid-19 positive samples with almost 97% accuracy as per...