Uttarakhand is situated on the long trails of Himalayan foothills. Declared as an independent state, Uttarakhand got separated from Uttar Pradesh on 9th November 2000 and became the 27th State of India. Beauty is engraved in the soul of “Devbhoomi Uttarakhand” and every bit is so pure that it will make you fall in love with each element that makes Uttarakhand, ‘The land of gods’.

Uttarakhand is also known as ‘Devbhoomi’. Known as one of the holiest places to exist in the Himalayan region, Uttarakhand is known to be the land of gods, which proves to be a bliss for the spiritual mortals. To give desired meaning to your spirituality, we have got some temples that are not only found in Uttarakhand but, also have a rich history associated with them. Take a look!

Literally meaning ‘The Lord Of The Peaks’, Tungnath temple crowns the Chandranath Parvat that lies in the Rudraprayag District of Uttarakhand. Situated at 3680m above the ground, Tungnath is the second-highest temple that venerates Lord Shiva after Muktinath that is located at 3710m above the ground.

You will feel instantly connected when you visit here, the beauty of this temple lies in the aura that it possesses. Virtuousness takes over your senses and you will get lost in the altitude of the Himalayas.

It is the Third Kedar out of the five located in Uttarakhand. The temple itself is considered to be more than 1,000 years old and the structure is very reminiscent of its age. This is a one-of-a-kind experience that you should definitely go for in Uttarakhand. 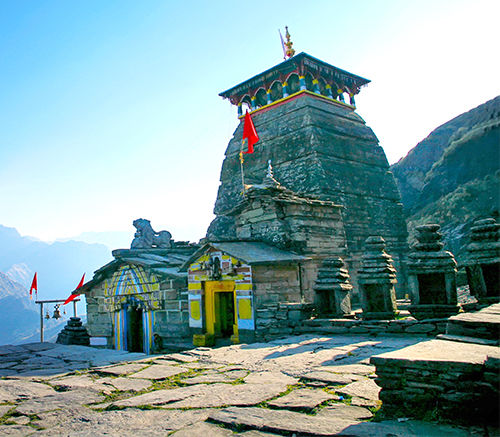 Literally meaning ‘The Lord Of The Peaks’, Tungnath temple crowns the Chandranath Parvat that lies in the Rudraprayag District of Uttarakhand.

The most prominent temple of Uttarakhand and the five Kedars, Kedarnath Temple, has got a whole package of spirituality, positivity, freshness, and thrill. Situated in the Garhwal Himalayan Region, Kedarnath sits at an altitude of 3580m above the ground. It is also a temple that venerates Lord Shiva.

A rich yet profound history associated with this temple makes it so conspicuous. It is said to be built by the Pandavas; the lionhearted brothers who became the heroes of Hindu mythology Mahabharata and later on Adi Shankaracharya restructured it in 8th A.D.

Mandakini river gushes by its sides and makes the experience even more delightful. Kedarnath literally means ‘Lord Of The Fields’, because of the growth of ‘Crop Of Liberation’ here. Overall, it is a must-visit if you believe in the powers of Lord Shiva. 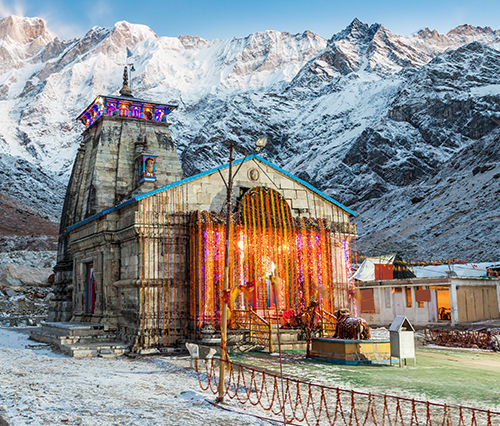 The most prominent temple of Uttarakhand and the five Kedars, Kedarnath Temple, has got a whole package of spirituality, positivity, freshness, and thrill

Cameras for Photographers Are Like What Canvases for Painters. Now You Don’t Want Your Canvases Dirty Right? Well, Then Check These Out! “When I have...

Unleashing the Colour of Desire with Nimrat Kaur

Vivacious, voluptuous and totally va-va voom! She wowed audiences as the housewife in Lunchbox. A one-on-one, no-holds-barred interview that got us by the round...

Frizzy hair or Bun are the only options for curly hair, that’s a bit unfair! As hard it is to manage, it will not...

Here’s your chance to get the answers of your related questions! We don’t judge

Talking about sex has never been more fun. By answering some very common frequently asked questions about maintaining positive sexual health, we are here...