Ranbir Kapoor and Alia Bhatt’s wedding announcement made quite a rush in front of the Vaastu residence (Ranbir Kapoor house). This couple made headlines when their wedding topic arose. Currently, Alia Bhatt and Ranbir’s pre-wedding festive are on roll, do not miss out on this!

Ranbir Kapoor is an Indian actor who worked in the Bollywood industry for a longer period of time. Ranbir movies such as Yeh Jawani Hai Deewani, Bombay Velvet, Barfi, Ajab Prem Ki Ghazab Kahani, Jagga Jasoos and others are his popular movies. Ranbir Kapoor character and acting has been a featuring factor in his career.

Ranbir and Alia Bhatt started dating in 2018, even Ranbir Kapoor in 2019 at the award show gave a lovely glimpse of their chemistry. Till this time there RanAlia chemistry and hashtags are both being viral on the internet. 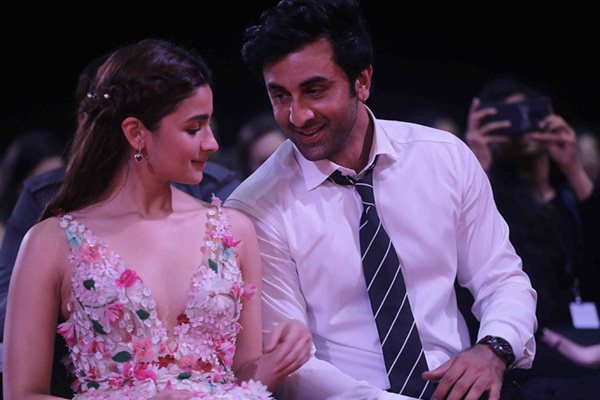 Ranbir and Alia made their  “first couple” appearance in an award show in 2019.

Recently, Ranbir and Alia Bhatt got spotted again together on a video call with Farah Khan, this video spread on the internet by their fans. It was interesting, when Farah Khan said something related to her celebration and all of her friends started congratulating Alia Bhatt. While Alia was blushing and accepting the congratulation, this video was rumored as “Alia Bhatt” accepting the rumour about her wedding. But, guess what? It got confirmed!

Though fans were eagerly waiting for the confirmation and nothing can approve more than their Pre-wedding ceremonies.

Ranbir and Alia Bhatt pre-wedding ceremonies took place at Vastu residence. After the remembrance puja of Rishi Kapoor, ceremonies for haldi and mehndi took place at the house in Mumbai. Many celebrities got spotted in the Vastu residence such as Karina Kapoor, Karishma Kapoor, Neetu Kapoor, Karan Johar, Pooja Bhatt, Mahesh and Ayan Mukerji were in traditional ethnic clothes. The glamor, lighting and captivating beauty of the house gave totally “wedding” vibes. It was a huge rush at the gate that neither fans nor the media were allowed to capture. 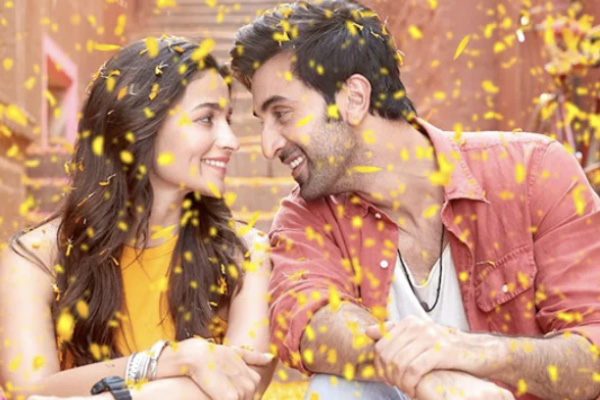 Ranbir Kapoor and Alia Bhatt chemistry will be on-screen in Brahmastra movie.

Recently on Tuesday, Riddhima Kapoor Sahani arrived at the airport, she was directly spotted with her husband Varinder Chawla at Mumbai Airport. Though her arrival gave a glimpse of she will soon be spotted at the Ranbir and Alia wedding. The pictures of Alia and Ranbir’s house lighten and decorated got so viral that fans knew this couple will finally “tie a knot”.

Some of the celebrities after the ceremony shared a post and Ila Arun wrote hamari sony sasu ma ban raheein hai. Congratulations Mahesh, God bless Alia and Ranbir. She posted a picture with ethnic attire with Soni Razdan.

Though wedding is one of the featuring headlines in Alia Bhatt life, these both celebrities will be seen in a new movie Brahmastra which will be released in 2022. Their shoot picture got leaked where Alia wore yellow Indian clothes and Ranbir in his casual outfit, their chemistry on-screen will be happening for the “first time”. Karan Johar even highlighted their movie on his feed and mentioned, To a new beginning and more.