Popular television couple Dipika Kakkar and Shoaib Ibrahim are on cloud nine as the couple is expecting their first child. Yes, congratulations to the couple as they will soon enter the new phase of parenthood. Sharing this wonderful news on their respective social media accounts, the couple finally announced their pregnancy with some adorable pictures, and we are in awe of these two love birds. 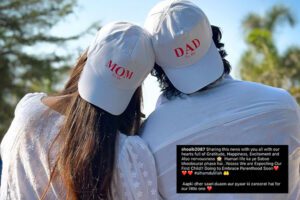 Dipika and Shoaib announced their pregnancy.

For the unaware, the two love birds have their individual YouTube channels, where they share their daily life updates with their fans and admirers with their entertaining vlogs. Taking it to Instagram, both Dipika and Shoaib shared some aww-dorable pictures to announce the good news that they are about to welcome their first child into this world. One of the pictures shared by the proud parents-to-be included the couple twinning in soothing white clothes along with caps which had ‘Mom to be’ and ‘Dad to be’ written on them. Sharing this image, Shoaib Ibrahim gave a sweet caption to the picture. 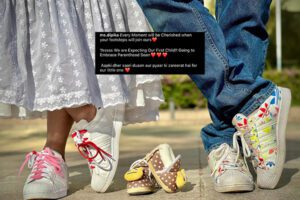 Another sweet image shared by Dipika had a caption expressing the mother-to-be’s feelings. Both husband and wife requested their fans and admirers to shower them and their little one with love and blessings. The pregnancy news was also announced by the popular television couple on Shoaib’s YouTube channel where they shared their happiness and joy of becoming parents, revealing Dipika has already completed her first trimester (first three months) of her pregnancy. ‘Shoaika’, as called by their fans, also shared the reason why they kept the pregnancy news a secret. The couple Dipika’s medical complications were the reason behind hiding the pregnancy news as there was a worrisome during the initial stage of the pregnancy. 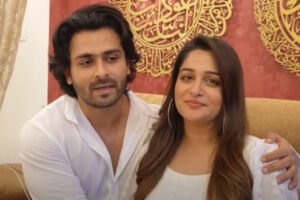 The couple shared their pregnancy news through their YouTube vlogs as well.

In their pregnancy announcement vlog, another piece of news that came out was very personal for the couple to share with their audience. Shoaib and Dipika mentioned that they wanted to keep the pregnancy hidden from the world because they had experienced the pain of miscarriage last year in February. The pain of losing the child earlier developed a fear in the mind and heart of the duo, which is why they decided to keep it under the hat.

However, the couple also mentioned all the viewers who were guessing that the actress is pregnant by her look and body language in previous vlogs. In another vlog shared by Dipika Kakkar Ibrahim, she shared her experience of her first trimester as she wanted to reach out to other women going through the same phase. 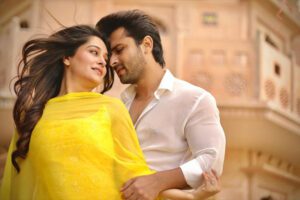 Shoaib shared that Dipika had a miscarriage last year.

Right after the couple posted the good news on Instagram, the comment section of the telly stars was flooded with wishes, blessings, and so much love. Actress and model, Gauahar Khan, who is also expecting her first child congratulated the couple on entering the special journey of parenthood. Friends, family, and fans also sent congratulations and blessings to the couple as well as the little angel they are about to welcome into their lives.

Shoaib shared that when Dipika told him about her pregnancy, he advised her to not get too attached to it and leave it to God’s plan because they were still afraid following the miscarriage. He also mentioned that they kept the news from their family for 15 to 20 days.

Cars are more of a necessity now than a luxury. Everyone dreams of having those four wheels outside their homes.  Due to the increasing competition...

Beat Insomnia And Use These Simple Remedies For Better Sleep

Are you having trouble falling asleep at night? You are not alone. Try these simple and easy ways to improve your sleep quality.Sleep disturbances...

Siddharth wrote in his Twitter subtle cock champion. The same tweet was responded by the NCW (National for Women) by lodging a police complaint...

Still Struggling to buy a holiday gift for your girlfriend? Explore these options from FHMax

We have put together the best gifting accessories that you can gift to the girl close to your heart. Have a look and pick...

Bad Boys For Life actor on Oscar night, we saw a new side of Smith. He got so offended that he went up to...