Television celebrity couple Gurmeet Chaudhary and Debina Bonnerjee have shared a piece of good news with the fans, as they announced welcoming their second baby, four months after their daughter’s birth. The beautiful couple took to their Instagram to share the pregnancy news with their fans and admirers. Sharing an adorable picture of the family of three, Debina shared the news while giving it a beautiful caption. Debina wrote in her caption, “Few decisions are divinely timed and nothing can change that…this is one such blessing..coming soon to complete us.”, along with hashtags like mommy again and babynumber2.

Gurmeet and Debina tied the knot in the year 2011, while they were working together in the television industry. The couple also made an on-screen appearance together in the characters of Lord Rama and Sita in the mythological TV series Ramayan, which got a lot of appreciation. After many years of marriage, this year in April, the celebrity couple got blessed with a baby girl. 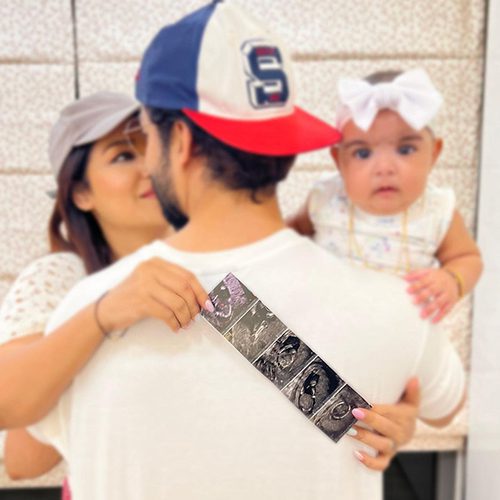 Talking about her journey of being a mother, there have been numerous times when Debina has opened up about her struggles and difficulties in conceiving a baby. In one of her YouTube videos, she shared that it took her and Gurmeet over five years to become parents. She also shared how exhausting the five-year battle to become a mother was. Throughout the procedure, which involved three IUIs and two IVFs, Debina said she failed five times. She also experimented with complementary treatments like flower therapy and acupuncture. Blaming herself for the failure, Debina expressed how emotionally exhausting everything was for her during the time she was trying to conceive a baby. 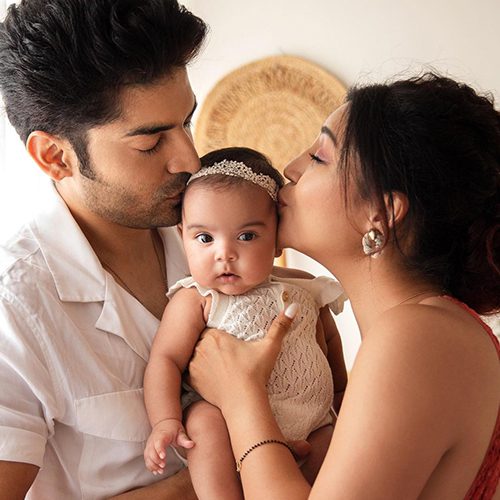 Debina and Gurmeet were blessed with their first child on April 3 this year.

While going through the same, Debina expressed her support for the women who are also struggling to become mothers. In one of her posts, she assured the ladies who are pressurized in their lives for getting married, as in the present day, we see people getting married and having babies in their late 30s and 40s. she also mentioned how difficult it becomes for any individual to face criticism and live a life under pressure.

But as it is said, everything happens for the good and on April 3 this year, Debina and Gurmeet were blessed with their first child, a cute little baby girl, who they named Lianna. According to Bengali traditions, Lianna’s rice ceremony took place yesterday as the couple shared some aww-dorable pictures where the family of three were seen together. 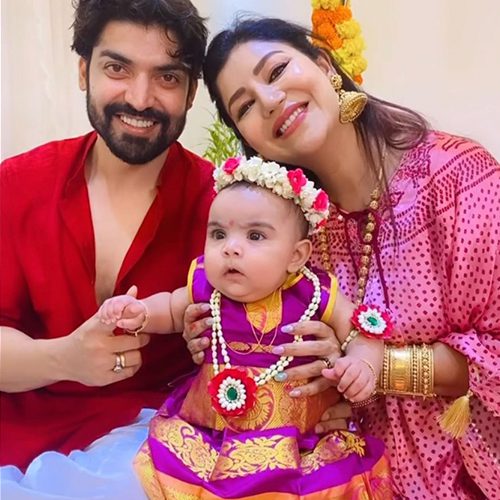 Soon, this family of three will be four, as the couple will welcome their second child in the world. Having gone through all the struggles and hardships during her journey to becoming a mother, looks like God has been kind to the couple as their family will be complete in no time. Looking at the pregnancy news, many TV celebs have reacted to the post and shared their happiness for the couple. Many congratulations to the couple as they are about to embrace the joy of parenthood, once again.

Business Laptops Are the Saviors of Business, And for People Who Have the Urge to Achieve More. We Have Prepared a List of The...