The most prestigious football award ceremony was held yesterday at the Théâtre du Châtelet in the capital of France, Paris. Famous football players from both the men’s and the women’s game were present for the award show. On August 12, the 2022 Ballon d’Or candidates were revealed. Lionel Messi, an Argentine striker and seven-time Ballon d’Or winner, did not receive a nomination for the prize for the first time since 2005. France Football modified the Ballon d’Or criteria in March 2022 so that the coveted award would now be judged on performance over the course of a single season rather than a full calendar year. This year, a total of 7 prizes will be presented. Starting in 2021, the Gerd Muller Trophy and club of the year awards were also given out. Former player Didier Drogba and French television presenter Sandy Heribert once again served as the ceremony’s hosts. 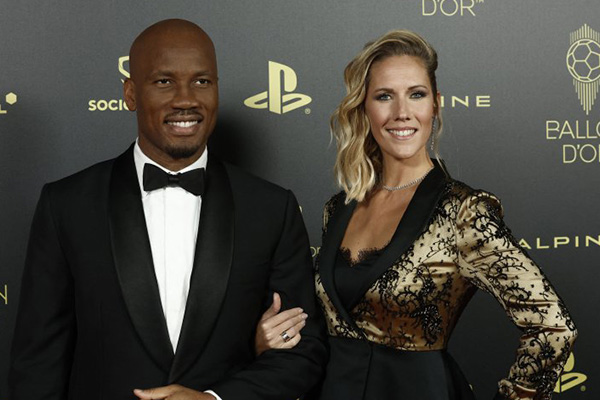 The first award that was handed out was the Kopa trophy which is awarded to the best youngster (under the age of 21). The award was handed out by last year’s winner Pedri and former Brazilian striker Ronaldo. The winner of the award was Gavi, who is Pedri’s teammate both at the club as well as international level. Gavi had a stellar season with Barcelona and made his Spain debut as well. He became the youngest ever player to score for Spain as well last season. As the crowd saw a highlights reel of the Barcelona star in action, the player approached the stage and addressed them in Spanish while expressing his gratitude to his teammates, family, and club. 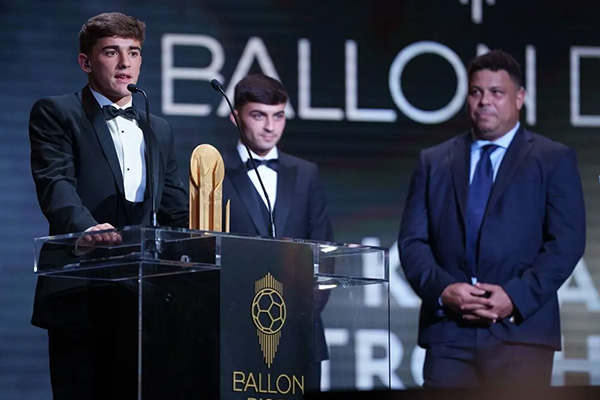 Pedri and Gavi have been compared to the likes of Xavi and Iniesta, who are Spanish legends

Next award that was presented at the ceremony was a new award named after former Brazilian player Socrates. As everyone remembered the great Brazilian who was more than just a player and campaigned for democracy in his own Brazil through difficult times for the South American country, the new award grabbed centre stage. The fame continues even though he passed away in 2011 at the age of 57, and this new award was a fitting homage to his legacy. The award was given to Sadio Mane for his tremendous contribution to society and how he has used his finances in the right direction for his country, Senegal. 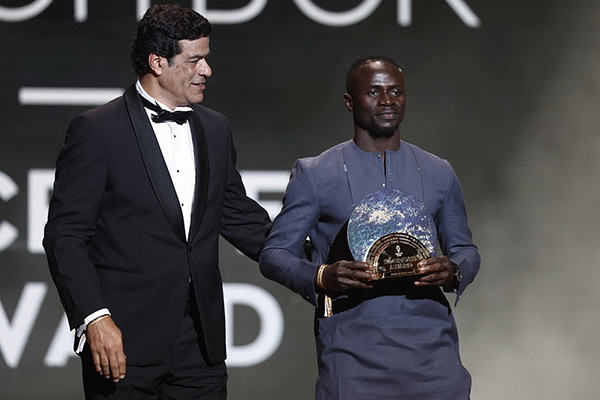 Alexia Putellas was heavily favored to win the 2022 Ballon d’Or Feminin after taking home the trophy in 2021.This honor will be given to the season’s top female athlete by Andrei Shevchenko. When Shevchenko was questioned about the state of the country, he spoke clearly out of pride for his fellow Ukrainians. The former Milan and Chelsea player pleaded with the audience at the Theater du Chatelet not to forget that the conflict is still going on and was visibly affected by their response. Alexia Putellas took home the prize a second time as the undisputed favorite. A tremendous honor for the FC Barcelona Femeni star who had to withdraw from the Women’s Euro 2022 due to a ligament problem that still prevents her from playing. In addition to discussing her injuries and the setback it created, Alexia expressed her joy at receiving the honor and thanked her team and club for supporting her during the difficult period. She remarked, “Playing for FC Barcelona is an honor.” Everyone saw a video of Alexia’s parents and teammates encouraging her to keep fighting and come back stronger than ever while she referred to the rehabilitation process moving slowly. 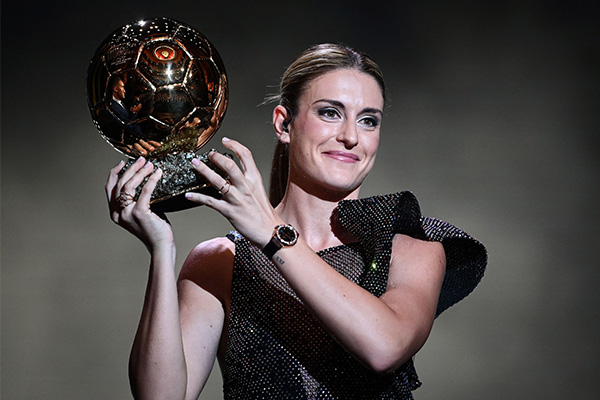 The 2022 Muller Award followed, another award honouring one of the greatest attackers to ever play the game, German striker Gerd Muller, often known as “Der Bomber.” Muller passed away in 2021, but he is remembered for the tremendous legacy he left behind by scoring ten goals for the German national team at the 1970 World Cup. The winner of this award, which will be given to the best striker for the 2021–2022 season, is Robert Lewandowski. FC Barcelona will get another accolade tonight, having previously won three of the four categories. The Polish striker was incredibly articulate as he expressed his gratitude for receiving the distinction and being linked to Gerd Muller. 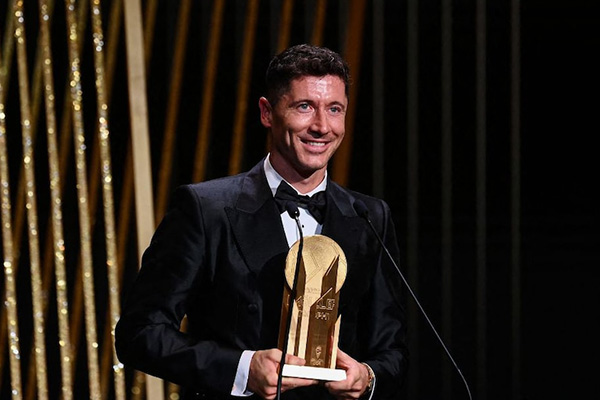 Sebastien Haller was asked to give the Yashin (or Yachine) award for the best goalkeeper of the season after that. The BVB star discussed his setback following his cancer diagnosis as well as his medical care and recovery period. The five names on the shortlist are Alisson, Courtois, Ederson, Maignan, and Mendy. Thibaut Courtious of Real Madrid and Belgium was the winner. Real Madrid’s victory in the La Liga and the Champions League in Paris were both made possible by a valuable winner. The goalkeeper had some words for his family, his squad at Real Madrid, and his club. 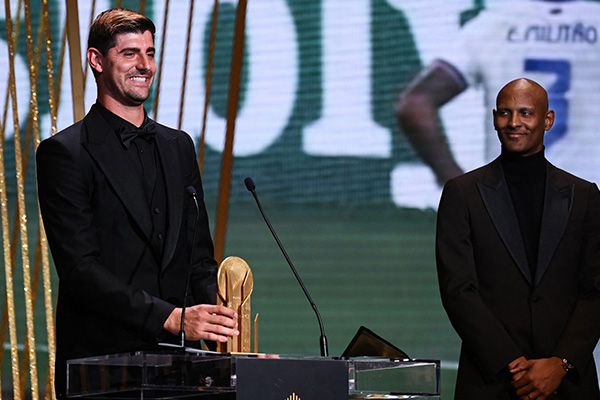 The Club of the Year award, which had three finalists, was the day’s sixth and penultimate  honor. These were Liverpool, Real Madrid, and Manchester City. Everyone was shocked when Manchester City won the prestigious award. The honor was given in front of Ferran Soriano, Txiki Begiristain, Ederson, and De Bruyne. Six players from Manchester City were nominated for prizes during the presentation for various categories. When asked to speak, De Bruyne discussed the thrill of representing Manchester’s blue team. Guardiola is praised by Txiki as being a vital component of the City effort. 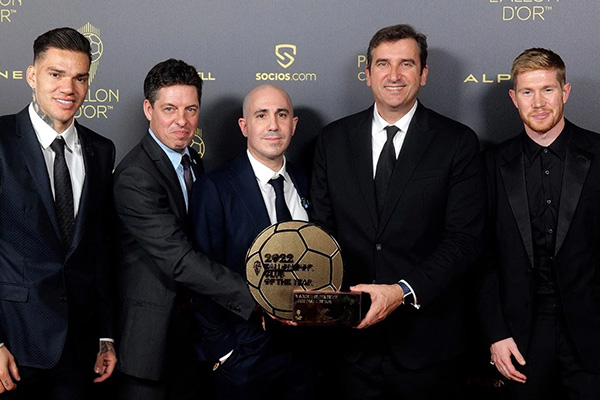 It was finally time for the biggest award of the night, the men’s Ballon D’or award. Zinidine Zidane was on hand to present this award. There were four finalists for this final accolade, which were Karim Benzema, Sadio Mane, Kevin De Bruyne and Mohammad Salah. The obvious favorite was Karim Benzema from Real Madrid. Zizou receives a special appreciation from Drogba, who recalls a Champions League match they played at the Bernabeu while Zidane shares his own insights as a former Ballon d’Or winner. In 1998, the French athlete took home the prize. The most coveted prize of the year was then revealed to have been won by Karim Benzema, Zidane’s countryman. No one was surprised by the 66th Ballon d’Or winner, France and Real Madrid striker Karim Benzema, who was grinning as he accepted the trophy. The verdict was well received as the crowd chanted “Karim, Karim.” The striker started by thanking everyone and mentioning Zizou and Ronaldo as two of his childhood heroes. 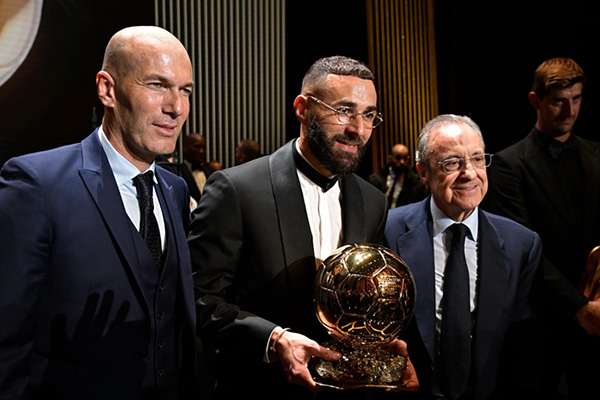 The striker thanked Florentino Perez, the president of Real Madrid, and paid respect to his family. He also reflected on his formative years at Olympique Lyon. He ended his speech just as it appeared to have been swept up in the excitement of the moment. The audience was then given a look back at the French striker’s goal-filled career up to that point. Some of the winner’s biggest achievements from the previous season included scoring 50 goals, winning LaLiga, and receiving a Champions League winners medal at the 2022 UCL final in Paris. Benzema was doing a good job of keeping it together as he named important people in his life who had influenced him. When he calls out his mother, she takes the stage with him. 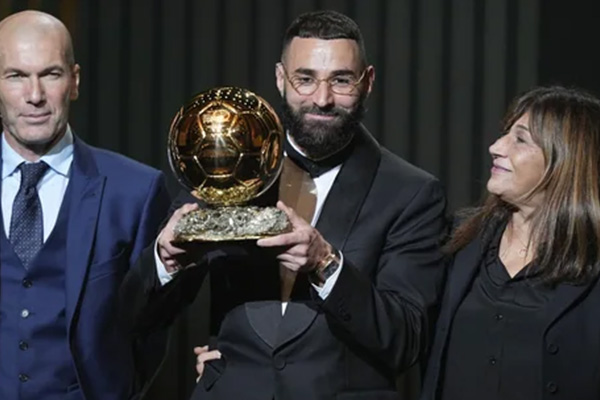 Now joining him on stage, Benzema’s kid, who appeared to be around 6, appeared clearly thrilled by the event. As ‘O Fenomeno’ Ronaldo was beaming with joy, Benzema now spoke in Spanish and offered him tribute. As Benzema, his family, and Zidane posed for the photos that will appear on social media feeds tonight and tomorrow, Benzema appeared to be very well-liked by his peers. The presenters then bid the audience farewell and encouraged them to tune in the following year for the 67th Ballon d’Or awards presentation.

How to stalk the person you just met & had an instant crush on but no details? Here are ways that will surely work!

Still dreaming about the person you met at the party but are just unable to get your hands on his social media handles? Well,...

If professional cameras are what you covet, then this is the place you need to stop at. We’re rounding up the best professional...

Messi – A Fairytale Ending Vs Mbappe- A Repeat Of Brilliance: A World Cup Final Preview

It’s time for the game that billions of people will have their eyes upon. It’s the FIFA World Cup final as Messi’s Argentina looks...