Rain had the last laugh in this exhilarating series between India and South Africa as the fifth and deciding T20 was washed out due to rain.

The series was poised at 2-2 as both teams went to Banglore for the fifth and final T20. Both teams were in great form and only one of the teams could have won the series. The weather forecasts had already predicted showers during the time of the game which meant that the possibility of a full match happening was very unlikely. We did get some action, as the rain stayed away for a mere 45 minutes. At 7:30 P.M local time, it was decided that a 19 over game was possible and both teams set onto the ground for that.

Rishabh Pant lost his fifth consecutive toss in the series and that meant India had to bat first for the fifth time this series. Only 3.3 overs of the innings was possible as the rain gods came back. In this short spell, we saw a blistering innings from in-form Ishan Kishan as he hit two sixes to South African skipper Keshav Maharaj. But the other bowlers kept India at bay, as they took out both the openers soon. After Gaikwad fell to a great ball by Ngidi, in came Rishabh Pant who needed a big innings to prove his metal in the side. Unfortunately, the rain had other ideas for him and the match. Rishabh Pant faced one ball and the umpires said that the drizzle was getting heavier and they had to leave the ground. This was the last piece of action that we saw in Bangalore as the match had to be abandoned due to persistent rains. 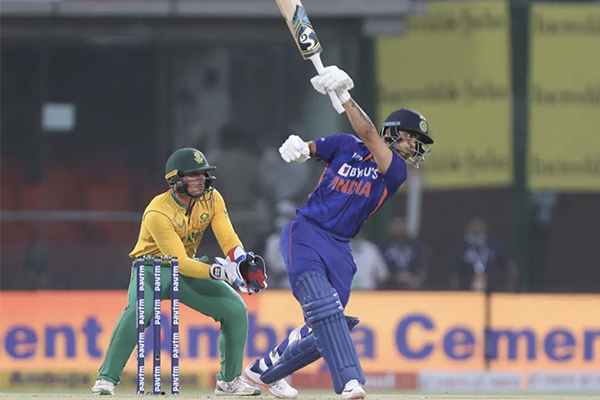 The umpires kept doing the pitch inspections when the rains stopped but the wet outfield and the tight cut-off time meant that the likelihood of a match happening was very less. At 9:30 P.M Local Time, the umpires decided that the match had to be abandoned. It was then time for the post-match presentation as the series had to be shared between the two captains. The player of the series award was given to India’s Bhuvneshwar Kumar for his excellent performances in all four games of the series. Bhuvneshwar Kumar took 6 wickets at an economy of 6.07 and an average of 14.16. He has been in great form since the start of the IPL, which is a big positive for India going forward. 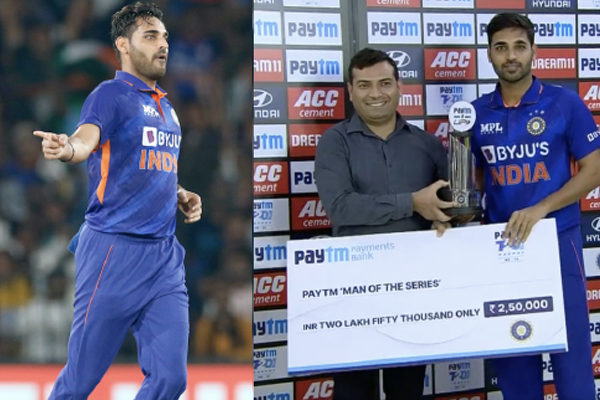 One of the Indian sides will now face Ireland for a two match T20 series starting on 26th June, while the other Indian side is preparing for the fifth and final test against England that had been rescheduled. South Africa, on the other hand, will also travel to England and will face the hosts after the completion of their series against India.

These Are the 5 Most Haunted Places In Delhi

The deafening silence and cryptic eeriness that follows you, visit these haunted places in Delhi at your own risk!Hearing host stories and experiencing a...

Are You Bored & Scared of The After Sex Awkwardness? Following These Tips Will Ensure That the Next time You Go Down on Her;...

Look at all these Indian beauties who aced the fashion game at the Cannes film festival 2022Film festivals and award shows are not just...

This Is What You Need. We Have Another One That We Believe Should Not Be a Part of The Closet. So If You Were...

6 Electric Scooters in India You Need To Buy Right Now