India won another gold at the Commonwealth Games, which were taking place in Birmingham and this may be a sport that you aren’t even familiar with.

The venerable Commonwealth Games are currently taking place, and India is, as usual, having a tremendous run in terms of performances and medals. India is competing in its 18th Commonwealth Games. The names of the 16-sport Indian team, which consists of 106 men and 104 women, were announced in July 2022. There were some sports including rugby sevens, beach volleyball, netball, and 3×3 basketball where India is not going to take part. Athletics, para powerlifting, swimming, and table tennis are among the sports in which Indian para athletes will  compete.Manpreet Singh, a hockey player, and P. V. Sindhu, a badminton player, carried the national flag at the opening ceremony. At only 14 years old, squash player Anahat Singh became the nation’s youngest competitor at the Commonwealth Games. The oldest player in the group was Sunil Bahadur, a 45-year-old lawn bowler. India is comfortably in sixth place in the rankings at the end of day five of the 2022 Commonwealth Games and has won 13 medals, including 5 gold, 5 silver, and 3 bronze. 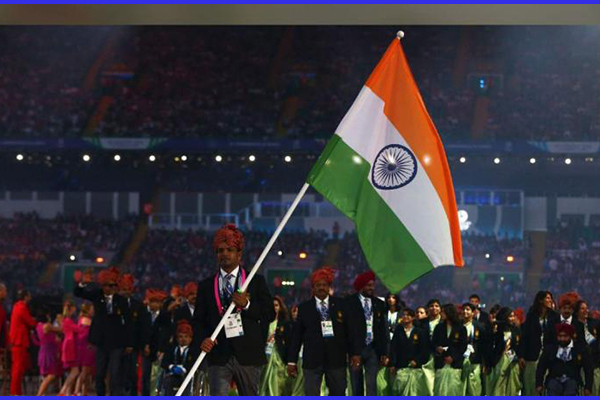 Earlier, Olympic gold medallist Neeraj Chopra was set to be the flag bearer but his injury ruled him out of the tournament

The women’s fours team from India defeated South Africa in the gold-medal match on Tuesday in Birmingham, giving the nation its first Lawn Bowls gold medal ever. After 15 Ends, the Indian team, led by skip Rupa Rani Tirkey and including Lovely Choubey, Pinki, and Nayanmoni Saikia, defeated the South Africans 17-10. After End 7, India held a comfortable 8-2 lead and was in complete control of the match. Then, under the leadership of Skip Snyden, South Africa made a comeback. After the 11th end, South Africa had a 10-to-8 advantage. There were only four rounds left for India to break the tie and India duly responded. The Indian quartet managed to win by two points on consecutive ends to take a 12-10 lead. India gained three points in End 14, the previous to last end. To win the gold, South Africa was faced with the enormous challenge of scoring six points from the final end. The South African squad needed 5 points only to draw the game. South Africa failed to perform under the tremendous strain of bowling, and India earned two points from the round to win its fourth gold medal at the 2022 Commonwealth Games. 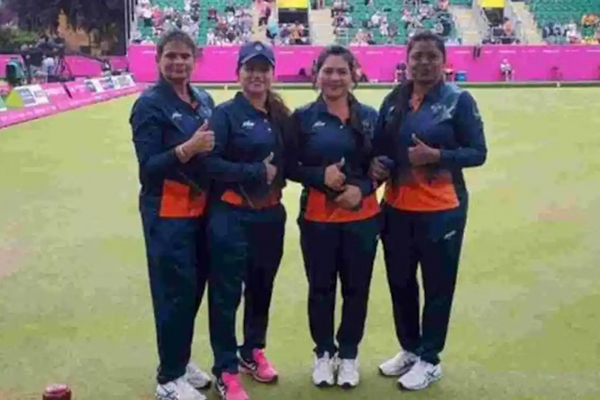 India is doing exceptionally well this year and has a host of opportunities still left and the athletes are putting in the hard yards in order to get that coveted medal for their country. India’s best sport which has gotten the most medals for the country is weightlifting with nine out of the thirteen medals. Indian athletes placed third overall in the 2018 Gold Coast edition with 66 medals won, including 26 gold, 20 silver, and 20 bronze, behind hosts Australia and England. Expectations are much more from the athletes and everyone in the country is hopeful, they will easily bring more medals in comparison to the last one. In fact, more than any other sport, shooting has contributed 135 of India’s 503 total medals in the Commonwealth Games as of CWG 2022. This covers the 30 medals Indian shooters took home from the 2010 CWG in New Delhi, which saw India experience their most successful CWG ever with a total of 101 medals earned. Neeraj Chopra, a silver medalist at the world championships and the champion javelin thrower at the Tokyo Olympics, withdrew late from the CWG 2022 owing to an injury. Only time will tell whether India can achieve more success at the Commonwealth Games and get an even higher position than what they achieved at the Gold Coast.

Sidhu Moose Wala's tragic death led to a huge wave of protest. This legendary singer made several controversial songs which shocked us, have a...

To make sure you don’t miss your home on your trip to Sikkim, we have some interesting homestay options for you. Read on! Sikkim has...

I have always been conscious of my body and I am afraid my unfit body will hinder my sexual experiences. Do you think certain...