Sidharth Malhotra and Kiara Advani starrer, Shershah has won the hearts of the audience and awards for being the best film as well. The couple was seen having an adorable moment together at the Dadasaheb Phalke International Film Festival.

The COVID 19 pandemic impacted many Bollywood releases during the year 2021. Despite cinemas being shut, there were many epic stories that Bollywood delivered on the streaming platforms to keep us entertained. But there are some movies, we wished we could watch with a big-screen experience and Sidharth Malhotra & Kiara Advani starrer ‘Shershah’ was clearly one of them.

The handsome hunk of Bollywood, Sidharth Malhotra bagged the Dadasaheb Phalke International Film Festival ‘Critics Best Actor’ award for his performance in Shershah. Sidharth is one of the very rare actors from the new generation, who has gained an immense amount of popularity within a short period of time with his acting skills and of course his dashing looks. Not just Sidharth, his rumoured girlfriend, Kiara Advani also won the ‘Critics Best Actress’ award. The alleged love birds were seen together in Shershah and their chemistry is something we can’t get enough of. 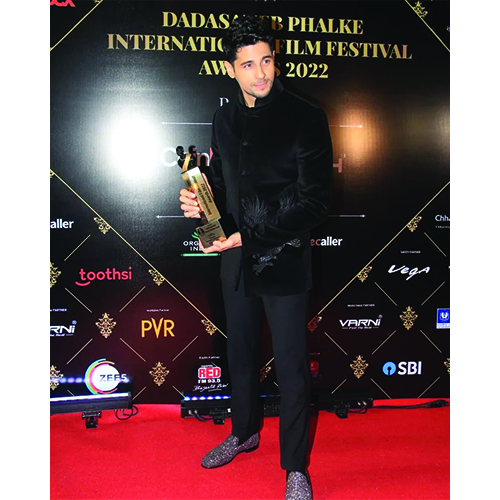 The best film award was given to ‘Shershah’ and the film entirely deserves appreciation. The film was a biographical war film based on the life of Captain Vikram Batra PVC.  Sidharth gave his career-best performance in the film and has won the hearts of the entire nation, in and as Shershah. Kiara played the role of Cpt. Vikram Batra’s (Sidharth Malhotra) lady love, Dimple Cheema, and the chemistry between the actors was on point. Both Sidharth and Kiara took to their Instagram and embraced their victory and success as they won the awards. Sidharth had also shared his process of how he prepared for the role of Vikram Batra and what was the reaction of the soldier’s family about him playing the character.

Talking about chemistry, the rumoured couple was seen hugging each other when they met on the red carpet of the film festival, and we could see Sidharth smiling his heart out when he saw his love interest. Kiara attended the event wearing a beautiful yellow saree with a golden sequinned blouse, while her beau Sidharth was seen in a black band gala suit. Sidharth and Kiara have been spotted many times by the paparazzi at the airport. 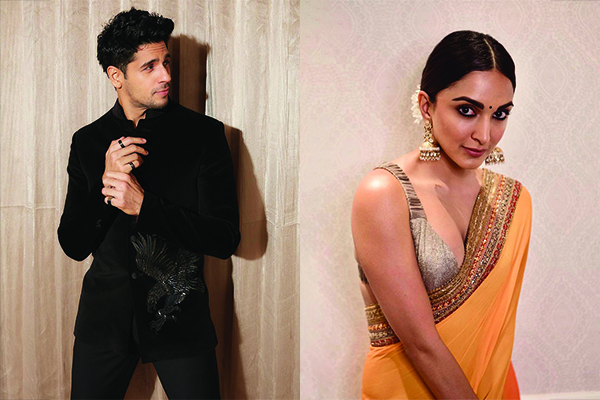 Sidharth Malhotra and Kiara Advani were seen slaying their outfits on the red carpet. The actors also shared a warm hug when they met each other.Â

The movie was released on the streaming platform, Amazon prime, and despite being released on an online platform, Shershah got the title of the highest-rated Hindi film on IMDb. Released in the year 2021, the songs of the film are being celebrated even now on social media and on audio streaming apps like Spotify, Gaana, and many more.

The rumors of the couple tying knots this year were also murmuring recently, and the fans are eagerly waiting for their wedding bells. These two are majorly giving the millennials couple goals with their chemistry and success. Well, we hope to get to see these two romancing each other again on screen.

Singham 3: Rohit Shetty And Ajay Devgn Are All Set For The Biggest Cop Universe

Rohit Shetty announces the making of Singham 3 with Ajay Devgn and here are all the deets you need to know. It is just...

The Golden State Warriors have done it again and have won the 2022 NBA finals by beating the Boston Celtics by 13 points. Stephen Curry...

Here’s everything you need to know about Laura Mercier nourishing rose oil before making the purchase!

Let’s Find Out If This Nourishing Face & Body Oil by Laura Mercier Will Hide the Fact That You’ve Been Tired Since 2010, Read...

Do You Know The Story behind one of the Most Expensive Watches in the World?

Remarkable History, Exceptional Gift and “The Grand Complication” are some of the names given to the Marie-Antoinette 160 pocket watch. Let’s uncover the truth...