Nobody would have thought that this is the first time that Kiara Advani has made it to Koffee With Karan. She has been in the industry for a very long time and made her debut with the movie “Fugly” in 2014. She gained fame in the industry by doing roles in MS Dhoni : The Untold Story and Lust stories. These roles were just a starting point of her success in the industry. She has never looked back since then and has delivered box office hits one after another. Kiara Advani gained further recognition for her roles in the comedies Good Newz and the romantic drama Kabir Singh, two of the highest-grossing Hindi movies of 2019. Her roles in the movies Shershaah (2021), Bhool Bhulaiyaa 2 (2022), and Jugjugg Jeeyo (2022) reinforced this popularity. Her companion to the show was her good friend and a Koffee With Karan Veteran, Shahid Kapoor. He is one of the only two people who has come on all seasons of the show, alongside Kareena Kapoor Khan (his ex-girlfriend). 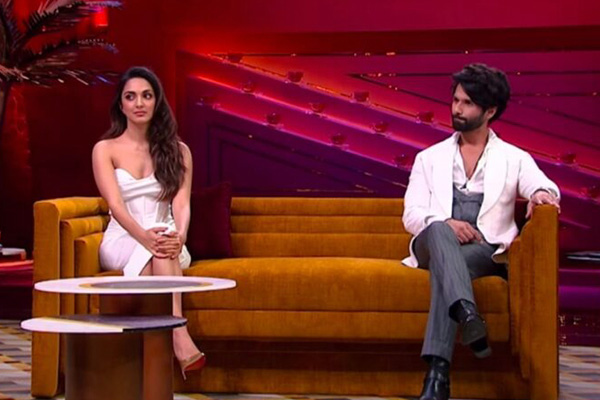 According to Kiara, it was because of Lust stories that people started to recognize her

Karan Johar, the host didn’t let the debutant, Kiara Alia Advani feel comfortable at all. His questions come at a rapid pace and are quite difficult to dodge but Kiara did try her best to change the topic of discussion. Knowing how Karan Johar is, he in the end, almost made Kiara admit that she and Siddharth Malhotra are a couple and have been dating for a while. Even though she didn’t explicitly admit to the relationship, she didn’t deny it either. Like Sid, Kiara attempted to sweep the issue under the rug, and like Vicky Kaushal, Shahid was unable to suppress his grin. On the other side, Karan had a triumphant grin on his face. Kiara was forced to acknowledge her connection with her Shershaah co-star by Karan, who claimed that hiding your relationship is a thing of the past. 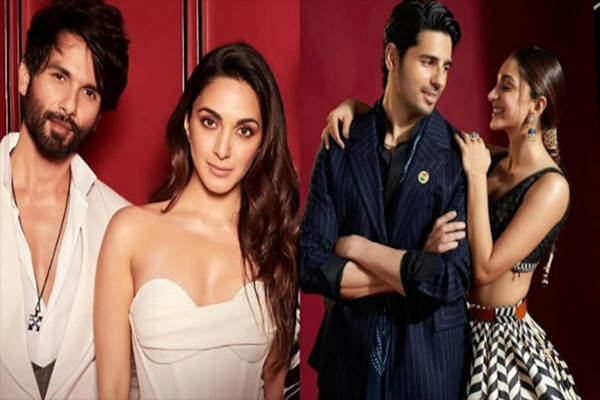 Since it was Kiara’s first appearance on the show, we learned a few intriguing facts about her. She revealed embarrassing moments from the past to the present time where her friends finally acknowledged her as a celebrity. Most of the fans didn’t know that Juhi Chawla was a very close friend of Kiara and she made it to the industry through her. She revealed a very embarrassing incident of hers when she met a director at a success party and how she felt ashamed after what she had done. She also revealed that her friends finally started acknowledging her as a fine actress after she made it to the Koffee With Karan couch. 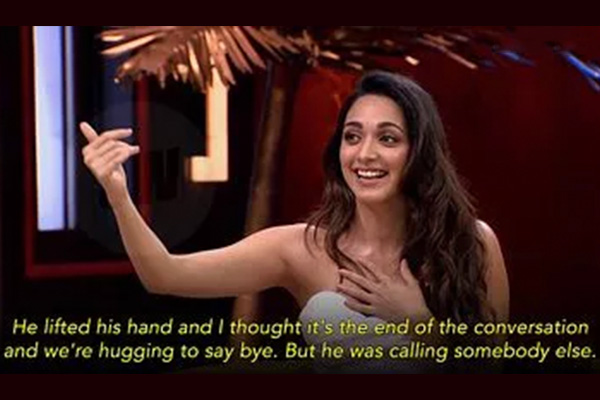 The main topic of discussion throughout the show, just like last week, was around Siddharth Malhotra and Kiara Advani’s relationship. Shahid also joined Karan in the discussion instead of her helping her friend out. It was a very fun segment as Kiara tried to deny the relationship but ended up revealing a lot more than what was expected. When Karan asked a question on marriage on the show, Kiara continued the topic by saying she supports the institution of marriage. “I have seen beautiful marriages around me, and I see that happen in my life too. But I will not reveal when that is happening,” she said.Given that the rumor is virtually certain to be true, Karan and Shahid confirmed their invitation and declared that they will dance to the song “Dola re Dola” whenever the wedding transpires. 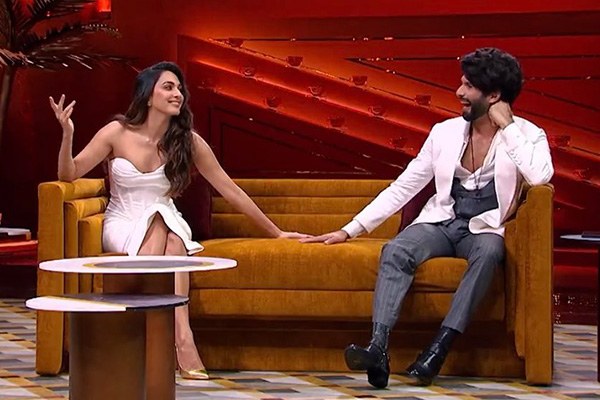 However, one amusing moment from Kiara’s rapid-fire has been one of the best parts of the entertaining show. In the rapid-fire round, when Karan asked Kiara which celebrity she would most want to have in her bride squad at her wedding, Kiara replied, “Alia Bhatt,” with great affection. Kiara said, “I’d really love Alia Bhatt to be in my bride squad. I love her, she is so cute.” Karan then got confused, and said, “In your bride squad? Marrying Sidharth Malhotra?” He then said, “Marrying Sidharth Malhotra with Alia Bhatt in the bride’s squad is quite cool”. 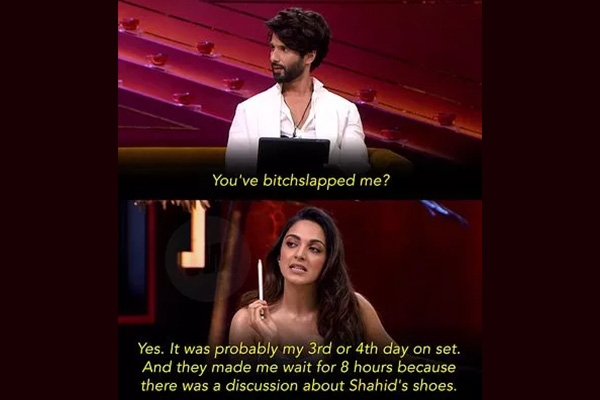 Talking about the most anticipated segment of every episode, the rapid fire round. This week, the rapid fire was literally rapid and the answers given by both actors were the ones desired by the audience and jury. The famed Rapid Fire round was won by a debutant on the couch after a very long time, and they did it while sitting next to a Koffee veteran who has appeared on the couch every season since the show’s inception (seven times). Shahid received 43% of the vote in the round, while Kiara received 57% as the latter won the glorious hamper. Nevertheless, Shahid triumphed in the gaming round as Kiara was left with blank answers to several of the questions. 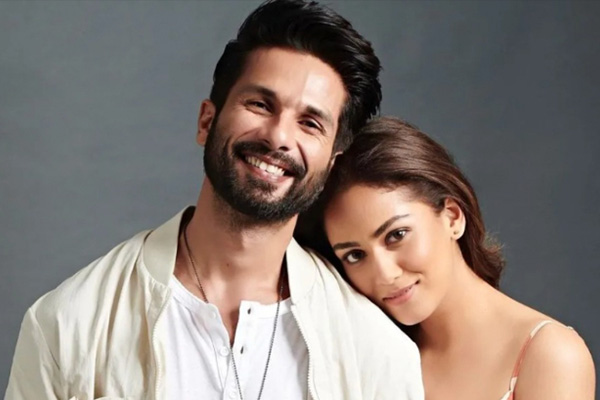 By releasing two solid episodes back-to-back, Koffee With Karan has raised the stakes. The latter two episodes held the audience’s interest throughout and were highly fascinating. The dull talk of how the celebrities struggled and how they succeeded throughout some of the earlier episodes didn’t hold the fans’ attention. The chemistry between Kiara Advani and Shahid Kapoor in the most recent episode left the audience in awe of their relationship. The supporters believed they had a similar connection like the one shared by Alia Bhatt and Ranveer Singh. Simply put, the previous two episodes were the finest, and Karan Johar may need to provide an even better performance to maintain fans’ interest.

Things you should keep in mind while working out in Winters

Cannot seem to get out of bed during the chilly season but still want to stay fit and healthy throughout? We have got the...

Christmas Tree Was Founded in This Country…

The Merry Bells of Christmas Are About to Go Haywire, But Before That, Here’s A Place That You Can Visit in This Holy Festival! December...

It's Time To Put Your Blades Aside Because Your Skin Needs Your Attention Too!Do you agree with the fact that skincare related to men...