Ginny weds Sunny actor Vikrant Massey did surprised us with their engagement ring in Sheetal Thakur fingers, in 2019. Bollywood industry wedding season is not surprising anymore but Vikrant and Sheetal relationship on Instagram is been there for years and fans were overjoyed when the wedding announcement was released. Want to know about the inside wedding tale, keep on reading.

Sheetal Thakur belongs from Himachal Pradesh, she was seen in Indian series. She was even was part of Broken but beautiful Indian series, after that it was reported during the series, they both decided to date each other.

Vikrant Massey and Sheetal Thakur was shown lot of love during the show, but on 2019 their relationship took a level up, as we found them engaged. On January 2021 Vikrant posted a picture with Sheetal, the picture was about a ceremony which was led by the couple and her mom. He shared this moment and said human modak and my better half. Vikrant has been quite open and post her girlfriend picture. But after this post a lot of fans, thought it was a wedding ceremony to which Vikrant clarified with Not yet married, but do reserve your wishes.

Kahaan hoon main actor Vikrant Massey, reported the media house, that the couple choose to do registered marriage, which happen on Versova residence, on Valentineâ€™s Day. As Vikrant is a private person about his life, even the engagement ceremony took place with the close members and it was done secretly. Though after Sheetal posted picture, her finger with the ring confirmed their relationship. This registered marriage celebrated with the close friends and families. 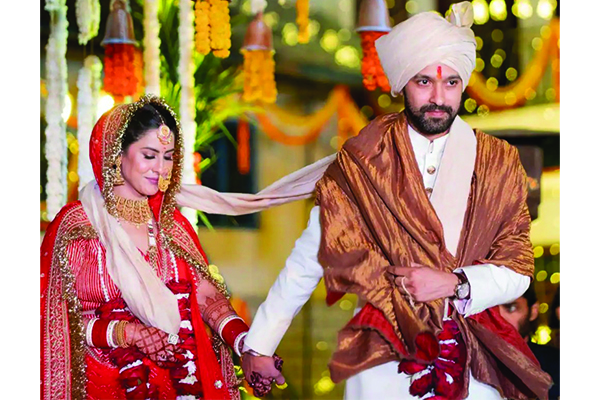 Vikrant reveals to do Traditional wedding on Friday,2022.

However, Vikrant reveals that the traditional marriage ceremony will be taking place during this week, the gathering will be with close ones. The new will be official after their marriage on Friday. It is being rumoured that the couple will be getting married and it spreads quite quickly. 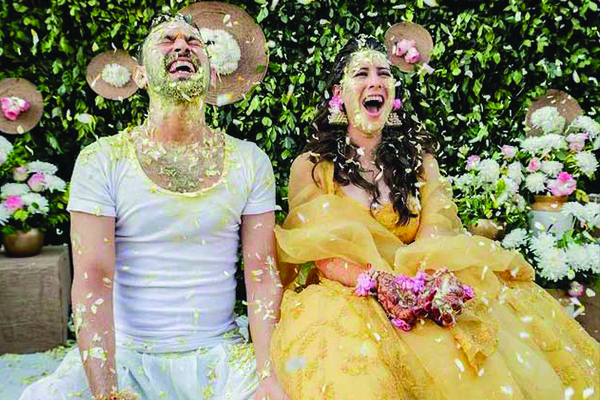 On Saturday the couple Finally posted their traditional wedding pictures with the tradition attire and leave the post on traditional quote, saat salo ka safar aj saat janmo me badal gaya (seven years of journey turned today as generational bond for us.) They revealed their lovely Haldi ceremony pictures, Vikrant and Sheetal expressing their bright and excited faces on their special day. Even Gauahar Khan, Yami Gautam and Rahan Gandotu celebrity bombarded them with wishes.

Â As per the headlines are being bashed about their marriage ceremony, fans got pumped and excited to see their wedding pictures. But Vikrant fans are also excited about his recent show Love Hostel which will be released on 25th March this year of 2022 on Zee5.

Whatever shape, form, or cuisine, noodles are tasty in every form. Come, take a trip around the world and explore the different ways This...

For the Allure of the iPhone

If you want an iPhone but want it to be unique and the most priceless one ever made, you’re in the right place! Combining...

The King of Angola has a lot more to offer than just his story. Here’s how the trio of Rajkumar Rao, Radhika Apte, and...