Singer and Bigg Boss OTT fame Millind Gaba and girlfriend Pria Beniwal are married and here are the details about the grand wedding that took place in Delhi.

The wedding season in Bollywood is at its peak. After Ranbir Kapoor – Alia Bhatt and Cyrus Sahukar- Vaishali Malahara, singer-composer Millind Gaba has also joined the married club as he exchanged the vows with his long-time girlfriend Pria Beniwal. Known for making the parties a grand affair, Millind Gaba got married in a lavish style in Delhi to his girlfriend and some of the well-known names of the Bollywood and music industry were there to witness the grand affair. 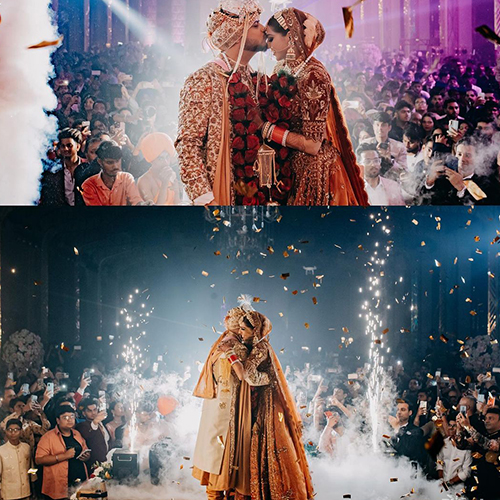 Millind Gaba and Pria Beniwal’s wedding was a royal event.

While the pictures from their wedding surfaced online, no doubt the wedding that the couple chose was like a royal event. The couple got married in the Indian capital and looking at the pictures we know it was a big-fat Punjabi wedding. From big sparkling chandeliers to celebrities all around, the wedding was no less than an award function. While talking about the lavish wedding of his brother in an interview, Gaba’s sister Pallavi shared that it was his brother’s dream to have the whole world around him while he got married and it was just like that. There was so much crowd that the relatives of the singer were confused about where to sit.

Talking about the guest list, there was a huge gathering of celebrities at Gaba’s wedding. With the presence of his friends and families, several celebrities became a part of the wedding to bless the couple including Bigg Boss 14 fame Shefali Bagga, Sonu Nigam, who even sang one of his most popular songs Soniyo (from Raaz), Vilen, Bhushan Kumar, Mica Singh, Suyyash Rai, Sapna Chowdhary, Suresh Raina, Prince Narula and Gurur Randhawa. 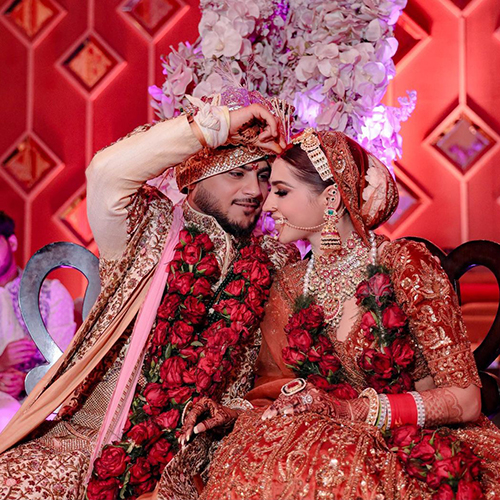 Harsh Beniwal, Brother of Pria Beniwal shared a heartfelt note for the couple with this lovely picture.

Several photos and videos were shared by all of these celebrities while attending Millind Gaba and Pria Beniwal’s wedding, where we can see how fun and grand it was. If you are wondering who Millind Gaba’s girlfriend turned wife Pria Beniwal is, well, she is the sister of famous YouTuber Harsh Beniwal and also a famous fashion blogger.

For their big day, the couple chose such gorgeous outfits that are hearts are melting while looking at the pictures. While Millind Gaba aka MusicMG looked dashing as ever in a golden sherwani, Pria Beniwal, who now has become Mrs Gaba chose to wear a gorgeous rust lehenga with heavy embroidery. The duo has been dating for several years and has shown their love through their social media accounts often. Before their wedding, there were a couple of other ceremonies which turned out to be a big bash. 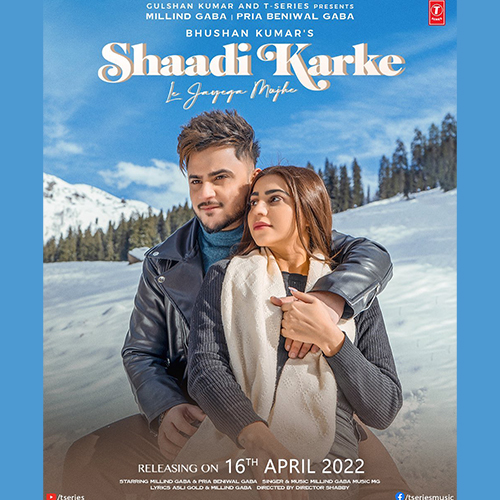 Wedding is a very special day for both bride and groom but, what made it extra special for this duo was that Millind Gaba’s latest single ‘Shaadi Karke Le Jaega Mujhe’ was also released on the day of their wedding. A romantic and fun song that has been produced by Bhushan Kumar and sung and composed by none other than the groom himself, Millind Gaba MusicMG. The special part of the song is Gaba’s wife who has also featured in the song. We don’t think there could be a better way to express their love for each other on the day of their wedding.

If putting on loud music and dancing to your heart’s content is your idea of fun, have we got the perfect thing for you!...

Shibani Dandekar and Farhan Akhtar are inspiring couples and breaking stereotypes. Look at all the wedding details.

Farhan Akhtar and Shibani Dandekar got hitched in the most inspiring way. Read on to know who were the guests and this unique detail...