Shibani Dandekar and Farhan Akhtar are inspiring couples and breaking stereotypes. Look at all the wedding details.

Farhan Akhtar and Shibani Dandekar got hitched in the most inspiring way. Read on to know who were the guests and this unique detail about the bride.

Farhan Akhtar and Shibani Dandekar have joined the newlyweds, as the couple tied the knot on Saturday at Farhan’s parent’s house in Khandala. The couple started posting pictures from their happening wedding rituals and the D-day, and since then the pictures are going viral. Not just Farhan and Shibani, Anusha and other family members of both the groom and the bride have been showering love through social media. And looking at them, we just can’t get enough of these two giving major couple goals.

The wedding was attended by many Bollywood celebrities and close friends of Farhan and Shibani including Hrithik Roshan and his family, Farah Khan, Amruta Arora, Rhea Chakraborty, and the list goes on and on. the pictures from the wedding and other pre-wedding rituals will leave you mesmerized. After the wedding, Hrithik Roshan and Farhan Akhtar were seen dancing on their superhit song, ‘Senorita’, and not just that, Farhan’s father, Javed Akhtar recited a poem for the couple at the ceremony as his token of blessings and singer Shankar Mahadevan also forced the guests to sway as he sang the title song of the movie ‘Dil Chahta Hai’. 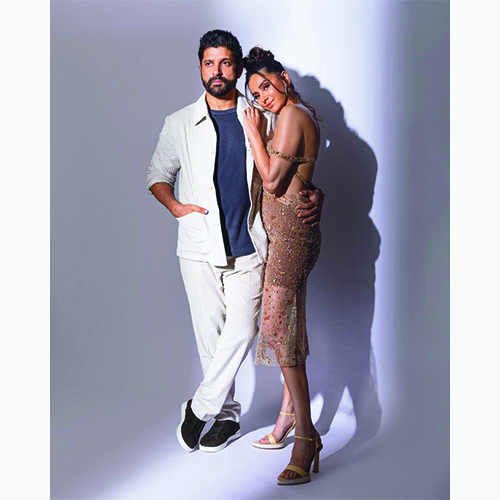 Farhan and Shibani started dating each other in 2018.

Talking about the Farhan and Shibani, the couple has inspired many as they ended up breaking not just one, but many stereotypes of the society, and trust us, Shibani’s outfit is also one of them. The couple shares an age gap of 7 years but you can’t tell that while looking at their happy faces in the wedding pictures. Other than that, Farhan is a father of two and his daughters looked as happy as him while welcoming Shibani as a part of their family.

Farhan’s mother Shabana Azmi and sister Zoya Akhtar also congratulated the couple and welcomed Shibani to the family with open arms. Many of the Bollywood actors and other celebrities wished the coupled luck for their happily ever after through their social media handles. Another stereotype that was thrashed by the couple was the wedding rituals. The couple chose to get married with Christian wedding rituals, despite belonging to different religions. Farhan belongs to a Muslim family whereas, Shibani is a Hindu girl who has her roots not just in the US but here in India as well. 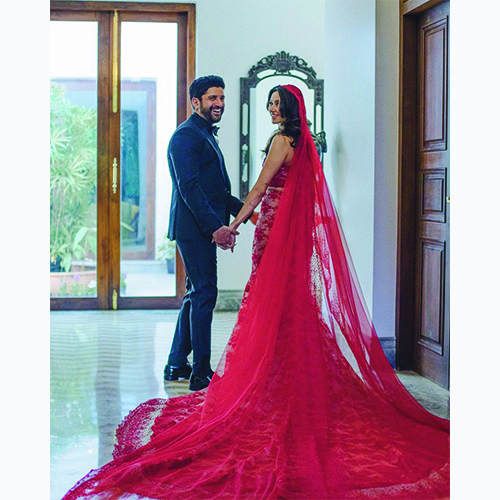 While Shibani was seen wearing some of the most gorgeous outfits in her pre-wedding functions, her wedding dress deserves all the appreciation in the world. Unlike other celebrity brides, Shibani Dandekar wore her dream wedding dress and no, it was not designed by Sabyasachi or Manish Malhotra. She wore a beautiful hand-embroidered red pallet dress which was made from special French lace with a dreamy trail. On the other hand, Farhan wore a custom-made black tuxedo and he looked dashing as ever.

Shibani and Farhan have been dating for the past 4 years now and made their relationship public in 2018 when the couple was seen together for the first time at the wedding reception of Deepika and Ranveer.

Rain had the last laugh in this exhilarating series between India and South Africa as the fifth and deciding T20 was washed out due...

My girlfriend and I are quite active sexually but we do not want to have a baby. What kind of protection should my girlfriend...

Jasprit Bumrah was ruled out of the remaining two T20Is against South Africa due to back pain but it turned out to be a...