Farhan Akhtar and Shibani Dandekar’s relationship has been admired all over the media, so do their fans getting curious about their upcoming wedding. After their red carpet relationship to now. Their relationship is taking a new turn? To know more, Read!

Farhan met Shibani on a reality TV show in 2015, Farhan was a host of the show, Shibani was one of the contestants. The rumor spread when they made public appearances as a couple in Deepika Padukone and Ranveer Singh reception in 2018.

For over three years, this relationship stuck strong, and they shared their cute, cozy couple of pictures on the internet. The rumors are buzzing all over the internet that they are planning to get married. The reporter informed them that the Wedding was on cards and both of their names, as they had been in a relationship for the longest period of time. They have been discussing wedding plans for a while now, and decide to take things to the next level. They will take formal vows to be partners for life on February 21, a source of close ones to Farhan and Shibani revealed it. 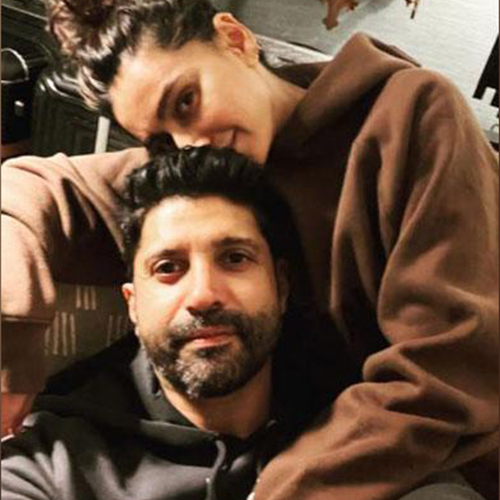 Farhan and Shibani will take formal vows to be partners for the life?

Though this wedding card, becoming a headline, the confirmation of their wedding is still incomplete. One of the media got in touch with Shibani Dandekar sister Anushka Dandekar and asked about the rumors about her sister’s wedding. She laughed and said I don’t really want to comment on this because I don’t know anything about it. It won’t be right for me to comment on anything. Though Anushka Dandekar chose not to spill any beans, she neither confirmed anything.

Shibani Dandekar girl gang Apeksha Dandekar, Anushka Dandekar and Rhea Chakraborty did not reveal any information related to their wedding in February. but, it seems to be happening by the end of this year. As two days back Farhan Akhtar posted a picture with his family, including Shibani, and wrote the caption Mi Familiy which means My family. But as of now, both Farhan and Shibani have not announced a level up for their relationship. 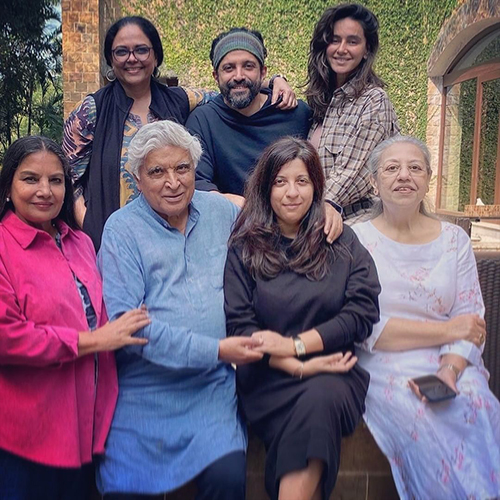 Farhan Akhtar posted a picture with his family, including Shibani, and wrote the caption Mi Familia.

Though she has mentioned once in her interview I expect people to understand through social media pictures when I post something, its there for people to see. I don’t think you need to write a caption, it is there in the pictures. I don’t think we are going out about to hide anything. It is what it is. Shibani Dandekar’s interview is old, but this is part of her personality. In her recent picture with Farhan Akhtar both of them wearing black outfits, which gives the couple feels. She wrote my Foo, to what will be your best year yet. Love you forever, wrote this on Farhan birthday.

As she and Farhan picture with the family, the possibilities of this years Marriage rumor might be true. Both Farhan and Shibani have not announced a level up for their relationship. For now, we are getting bombarded with rumors.

Tripods and cameras go hand-in-hand. So, to complement your expensive new camera, we have some amazing tripods for You. Read on to know our...

We Told You About Some Romantic Getaways, Now Take A Look At The Places Where You Should Stay To Make Your Getaway More Special! Welcome...

If you’re tired of holiday activities, so this deck of cards came to rescue you from your monotonous life. On this National Card Playing...