Bring Videos to Life Through Cameras you can Only Rent

Ever wondered which are the best and the most expensive cameras in the world? Well, your wonderment is about to cease, so, read on to know about cameras that you can only rent, not purchase.

There are cameras and there are THE BEST cameras. The ones used to shoot the latest Oscar-nominated films certainly only belong in the latter category. We scanned the list of cameras and lenses used in the latest Oscar-nominated films and we certainly liked what we saw. But, what would the actual cost be if you wish to own one of these instead of renting them? An exorbitant amount, that’s for sure. Some cameras are not even available for purchase, although they CAN be rented, so don’t fret too much. So, without further delay, let’s delve deep into the list of cameras you can only rent, but that you probably should at least once, just to experience the premium and superior quality. These are the cameras that the biggest movies in the world use while working – a true luxury! 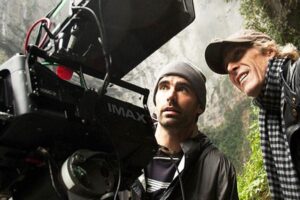 Extremely rare and expensive often go hand in hand. That is the case for IMAX cameras as well. That is why these cameras are not available for purchase, but rentals are possible. The rental cost is separate for the body, the camera package, and the film. As to how expensive these cameras exactly are, IMAX refuses to divulge. But it can be guessed as Christopher Nolan and his crew managed to damage at least 3 of these cameras during the production of The Dark Night, The Dark Night Rises, and Dunkirk. And each of these times, the camera was insured for around $500,000. This certainly reveals more than enough, doesn’t it? 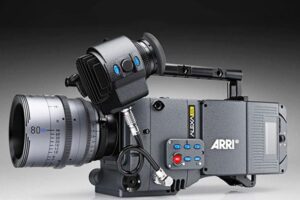 Another rare and exclusive camera that is unavailable for purchase and can only be rented. IMAX’s partnership with several camera manufacturers resulted in a new “Filmed in IMAX” line-up. The ARRI ALEXA 65 comes with industry-leading capture technology and also happens to be the company’s flagship camera. Just so you’re aware, the camera body requires the entire ALEXA 65 system and workflow to work, which is why the camera body cannot be sold individually. And it doesn’t come cheap at all. The camera has been used to capture several notable films like The Revenant, Joker, Captain America: Civil War etc. 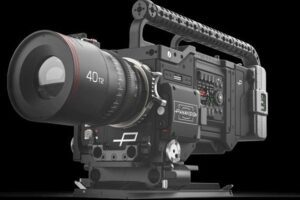 Even if you wanted to, you couldn’t purchase this camera as Panavision does not sell them. Panavision does, however, allow rentals and you could rent it through their rental service. Their Millennium DXL2 is their flagship camera and was a collaboration between Panavision and RED’s Monstro sensor. Panavision’s response to the ALEXA 65, this camera also earned the “Filmed in IMAX” moniker. It has been used to capture films like Star Wars Episodes VII, VIII, IX, Midsommar, F9 and more.

Hrithik Roshan is called 'The Greek God' of Bollywood for a reason and these pictures are a proof. @ET-DC@eyJkeW5hbWljIjp0cnVlLCJjb250ZW50IjoicG9zdF90YWdzIiwic2V0dGluZ3MiOnsiYmVmb3JlIjoiIiwiYWZ0ZXIiOiIiLCJsaW5rX3RvX3Rlcm1fcGFnZSI6Im9uIiwic2VwYXJhdG9yIjoiIHwgIiwiY2F0ZWdvcnlfdHlwZSI6InBvc3RfdGFnIn19@

Kareena Kapoor khan’s house on Tuesday got sealed by the (BMC) Brihanmumbai Municipal Corporation and it got sanitized. Kareena Kapoor’s” The Poo” is ‘Back’. After...