2022 was a year of challenges and successes for the Bollywood film industry, with many films starring Bollywood’s A-listers performing poorly at the box office. There are numerous causes for this, including an increase of OTT material since the epidemic, as well as several boycott trends for various reasons such as nepotism and religion, among many others. Films such as Akshay Kumar’s Samrat Prithviraj and Rakshabandhan, Ranbir Kapoor and Sanjay Dutt’s Shamshera, and Aamir Khan and Kareena Kapoor Khan’s Laal Singh Chaddha have all underperformed at the box office, whereas pan-India or South Indian films such as RRR, Pushpa: The Rise, Kantara, and K. G. F. Chapter 2 has performed well in comparison. Let’s now look at some of the highly anticipated films that are set to see the light of the audience in the upcoming year.

According to the most recent update provided by the film’s director, Om Raut, the epic masterpiece will now be released in theaters on June 16, 2023. Prabhas, Saif Ali Khan, and Kriti Sanon play the key roles of Adipursh. Om Raut published a comment about the recent social media post that said that Adipurush is not a movie, but a manifestation of their commitment towards Prabhu Shri Ram and dedication to their Sanskriti and history. He later  cited post-production efforts as the cause for the delay and added that in order to give the spectators a comprehensive visual experience, we need to give additional time to the teams that are working on the picture.  Adipurush is now scheduled to be released on June 16, 2023. 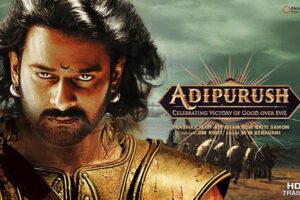 After a seven-year hiatus, Bollywood producer Karan Johar, known for a number of the best romantic dramas, is returning to his “primary home,” which is the movies. Johar had teased his big comeback with a star-studded film called Rocky Aur Rani Ki Prem Kahani even while producing and working on other projects. He has revealed the release date for Alia Bhatt and Ranveer Singh’s romantic comedy. In line with the melodrama in his films, Johar’s return announcement was not straightforward. The director of Kabhi Khushi Kabhi Gham revealed the film’s release date, April 28, 2022, along with a message summarizing the film’s value and its cast and a beautiful poem. 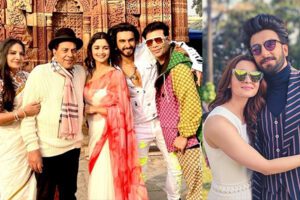 Pathaan’s teaser was released on Shah Rukh Khan’s birthday, and it appears to be a visual feast. While fans have been eager to see SRK on the big screen for a long time. The teaser, directed by Siddharth Anand and starring Shah Rukh Khan, Deepika Padukone, and John Abraham, takes us into the spy world, where an agent is held in secret captivity in a distant country, where he is tortured, and his own people have no idea if he is alive or dead. The following scenes show how he is able to flee from the conception, which is followed by some great action-packed peeks. Pathaan is among the most awaited films of 2023, and the teaser has piqued fans’ interest even more, as it marks King Khan’s comeback to the mega screen after a four-year absence. The teaser’s adrenaline-packed nature makes you eager to witness the King of Bollywood in action once more. Siddharth Anand’s film will be released on January 25, 2023. 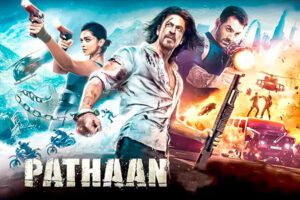 Vicky Kaushal, who would also play ‘Sam Bahadur’ in Meghna Gulzar’s upcoming directorial, uploaded a photo of himself with Sam Manekshaw’s monument. ‘Sam Bahadur’ is a biography based on the lives and times of India’s first Field Marshal Sam Manekshaw, as well as his career in the Indian Army spanning four decades and many wars. Vicky Kaushal came to Instagram to post a picture of himself wearing a black sweatshirt, a baseball cap, and black sunglasses. 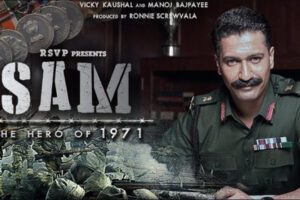 Vicky Kaushal and co. are currently shooting for this film

Salman Khan and Revathi first appeared on screen together in 1991 in the film Love. The pair are now poised to star on the cinema screen together in 2023. Revathi and Kajol came as special guests on Bigg Boss 16’s Weekend Ka Vaar program to advertise their film, Venky. According to reports, Bollywood’s Bhaijaan and Revathi may reunite in Tiger 3 after 32 years apart. On the Bigg Boss 16 Weekend Ka Vaar set, Salman Khan greeted Kajol and Revathi. Khan hinted that he would soon reconnect with Revathi for Tiger 3 while introducing her, who was on hand to celebrate her directorial Salaam Venky. Fans’ expectations have already been increased as a result of this. 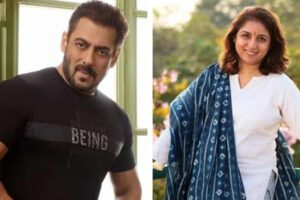 Revathi and Salman were the co-stars of hit movie ‘Love’

Heartbreak can be one of the most traumatizing things in a person’s life and today we will take a look at how males and...