The Men’s FIH Hockey World Cup in 2023 will be the tournament’s 15th version.

Men’s Hockey World Cup, 2023 got underway on Wednesday evening with a fantastic opening ceremony at the picturesque Barabati Stadium in Cuttack that was witnessed by thousands of hockey lovers in attendance from across the country and abroad. The glittering ceremony was curated to welcome the member of the teams from around the world participating. The event was also attended by Odisha Chief Minister Naveen Patnaik, Union Sports Minister Anurag Thakur, Hockey India chairman Dilip Tirkey, and International Hockey Federation president Tayyab Ikram. 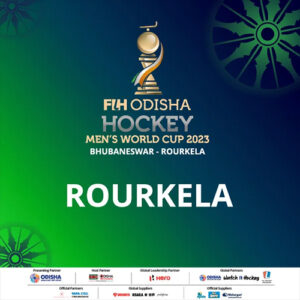 The games will take place from January 13 to January 29.

It was a gracious event as the beginning of the opening ceremony for the Men’s Hockey World Cup, this year. While addressing the ceremony, Tayyab Ikram complimented Odisha for hosting the mega event twice consecutively, the last one being in 2018, and called the state the ‘Land of Hockey’.

Odisha has a long history of being known for its hospitality, according to CM Patnaik, who wished that each guest would have pleasant memories of their time spent there. He expressed his gratitude to the Union government and Prime Minister Narendra Modi for helping Odisha host the Men’s Hockey World Cup twice in a row. 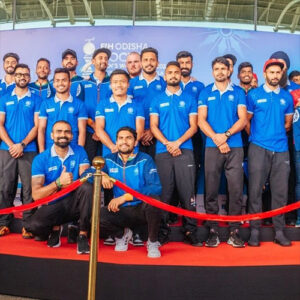 The men in blue are all set for the world cup.

The colorful cultural programmes that preceded and followed the hour-long opening ceremony captivated the large crowd. Aruna Mohanty, a renowned dance teacher, choreographed a spectacular tribal dance performance that was a combination of at least six regional dance styles to open the event. Other attractions for the crown were leading artists of India, who performed with a high level of energy. The artist line-up was Lisa Mishra, Disha Paatani, Rituraj Mohanty, and Sniti Mishra, along with a plethora of other performances for the audience. The event was also graced by the actor-couple Sabyasachi Mishra and Archita Sahu.

The Hockey World Cup theme song, which was written by music director Pritam and performed on stage with a few other vocalists, was sung by hundreds of singers from Bollywood and regional musicians. The games will take place from January 13 to January 29 at two locations: Birsa Mundra Hockey Stadium in Rourkela and Kalinga Stadium in Bhubaneswar. 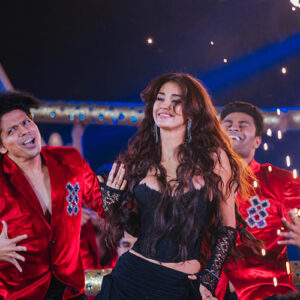 The opening event of the world cup starred many artists to attract the audience.

India will host the 2023 Hockey World Cup, which will be held for the fifteenth time. In November 2019, the nation secured automatic qualification as the winner of the hosting rights. September of last year saw the drawing for the Pool. The Netherlands was defeated by Belgium 3-2 in a penalty shootout to decide the World Cup, with Australia finishing in third. Belgium is the reigning champions. 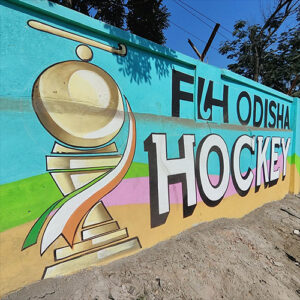 Odisha is all decked up for hosting the Men’s Hockey World Cup.

The Golden State Warriors have done it again and have won the 2022 NBA finals by beating the Boston Celtics by 13 points. Stephen Curry...

Disney wants to patch things up with Johnny Depp following his defamation trial victory against Amber Heard.Johnny Depp, the famous actor is in the...

What’s the best car to drive off into the sunset in? A convertible, of course! So, here’s a list of the best convertible...

If professional cameras are what you covet, then this is the place you need to stop at. We’re rounding up the best professional...