Can delivering entertainment not mean delivering information too? Is
Bollywood still stuck with making fun of the elements of society that need attention?
Read on to know more.

Bollywood coming up with some of the spectacular scrips in the past few years focusing on problematic issues, especially in the Indian society, gives us a hint that it has now recovered from the same-old story plot tradition.
The recently release starring Akshay Kumar, Sara Ali Khan and Dhanush, ‘Atrangi Re’ undoubtedly ensures to keep its audience engaged and has generated good digits, but no matter how engaging the movie is, it has slipped the game when it comes to handling mental health traumas. 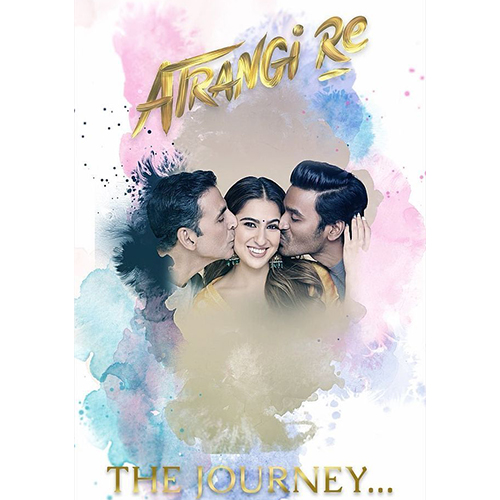 Atrangi Re was released on December 24, 2021. the film is a romantic-drama straring Akshay Kumar, Sara Ali Khan and Dhanush.

Directed by Anand Rai, Atrangi Re revolves around a love triangle among the three characters Rinku (Sara Ali Khan), Vishu (Dhanush) and Sajjad Khan (Akshay Kumar). The story depicts how Rinku is unable to process her childhood trauma, which results in her adult life, where she falls in love with Sajjad, whom no one has ever seen, quite literally. Forcibly married to a medical student Vishu, who falls in love with her and realizes that she is suffering from mental health issues. Twist? Not yet.
The story moves ahead with the plot where Dhanush’s character Vishu, is constantly trying to cure Rinku, giving her drugs and treatment, still being just a student. To focus on the dramatic situation, no certified psychologist or therapist is seen in the whole film where the female protagonist is suffering from severe mental health issues even when the truth comes out that Sajjad, with whom Rinku is in love, exists only in her thoughts. 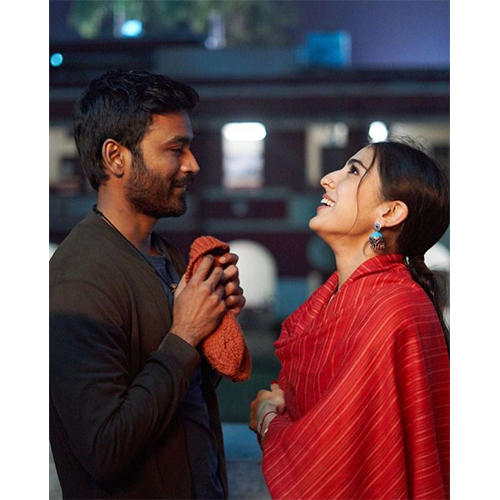 The story depicts how Rinku (Sara Ali Khan) is unable to process her childhood trauma, that results in her adult life.

The situation of the movie is quite problematic, as the female protagonist’s mental illness is merely used as an element for laughter just for the utter dramatic effect. The movie could’ve been a great way to address this issue with more sensitivity and create an awakening than a mere laughter tool. The way the other characters make fun of Rinku and how Vishu tries to win her heart and cure her by believing in the philosophy of ‘love can cure anything’ might make you say ‘really?’.
Atrangi denotes funnily weird and that is what a person with mental illness has been stigmatized as in the movie, which might have been a great element of laughter for the movie makers but, is that really okay?
Overall, clearly, this is a glass-half-full situation for the viewers as well as the critics. But it is quite true that for a topic like mental illness, it is difficult to make way to the big screen of Bollywood and with such a great cast and all the celebs promoting the audience gives it a watch. The fact being a fact, do you think romanticizing this issue with drama to such an extent was justice to the issue or the movie? The drama of the movie clearly lost the relativity of the issue with reality, which is quite discomforting. 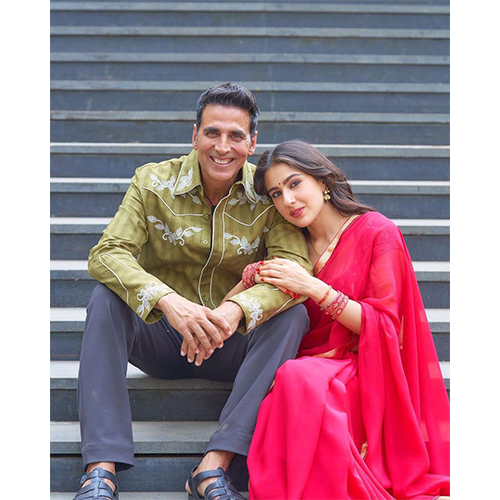 The movie could’ve been a great way to address this issue with more sensitivity and create an awakening than a mere laughter tool.

On the contrary, it seems like the writers of the film were prepared for the praises but not the criticism, as after the critics lashed out at the makers, Himanshu Sharma, who is the lead writer of the film said that the fil is an entertainment source and Atrangi Re is a movie, not a 500-word essay on mental health.

Share
Facebook
Twitter
Pinterest
WhatsApp
Linkedin
ReddIt
Email
Telegram
Copy URL
Previous article
The brutal trauma of Britney Spears scares her from music
Next article
The misguided portrayal of Ukrainian and Parisian culture by ‘Emily in Paris’. Let’s find out how and why!

Lionel Messi and Cristiano Ronaldo, partnered with Louis Vuitton to send the social media into ruptures Football enthusiasts were shocked by a recent snapshot of...

Ranveer Singh is back with another banging movie which is set to release during Christmas time The trailer for Rohit Shetty's comedy Cirkus, featuring Ranveer...