We Have A New Couple In Town As Cricket K L Rahul And Athiya Shetty Tie The Knot In An Intimate Wedding In Khandala.

Celebrations are taking place in the Shetty family as Suniel Shetty’s precious daughter ties the knot with long-time beau and cricketer K L Rahul on January 23. Taking her wedding announcement to Instagram, the actress shared dreamy pictures from the intimate wedding ceremony. Rahul and Athiya became husband and wife at Sunil Shetty’s home in Khandala in the presence of close friends and family. 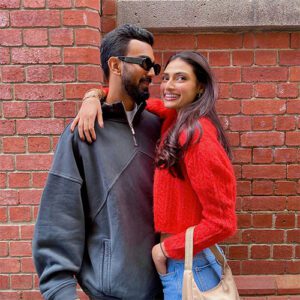 The love birds are now husband and wife.

‘Today, with our most loved ones, we got married in the home that’s given us immense joy and serenity. With a heart full of gratitude and love, we seek your blessings on this journey of togetherness’, Athiya captioned the post that she shared announcing her wedding with her long-term boyfriend, K L Rahul.

Krishna Shroff, Diana Penty, Anushka Ranjan and her husband Aditya Seal, along with Anshula Kapoor were among the guests who witnessed the couple when they exchanged vows. Also, cricket players Varun Aaron and Ishant Sharma were present along with their wives. On the day of the wedding, the father and son duo, Suniel Shetty and Ahan Shetty were spotted outside the venue of the wedding. While sharing their happiness with the papz, the duo also distributed some sweets to the media. 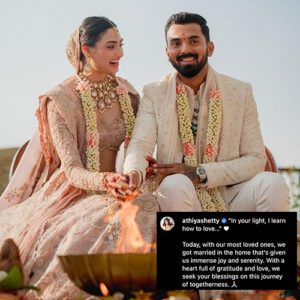 Suniel and Ahan also shared some deets about the wedding with the media. As they came after the wedding, Suniel Shetty mentioned that everything went well in the wedding, adding that the pheras got done just then. Undoubtedly, this marks the first Bollywood big-fat wedding of 2023. Looking at the wedding pictures, the tranquil sunset, the pastel wedding outfits, and the gorgeous couple looked nothing less than a fairy tale.

After being together for more than 3 years, the love birds are officially married now. Although the rumours of the couple getting married were fluttering around, no detail was shared by anyone from the family or friends, as they kept the details under wraps. 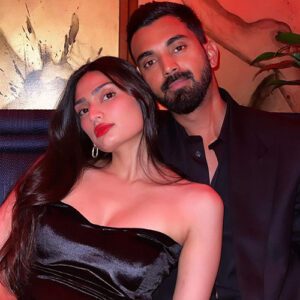 The couple has been dating for a long time.

Before making their relationship public, Athiya and KL Rahul had been dating for a while. The two frequently left hints on social media about one another even though they never discussed each other in public. They eventually announced their relationship on Instagram with a birthday post. Then, at the premiere of her brother Ahaan Shetty’s first movie, Tadap, they appeared together on the red carpet to announce their love. In addition, Suniel and Mana Shetty, who get along well with Rahul, Athiya’s parents were also spotted at the red-carpet event with Rahul and Athiya. 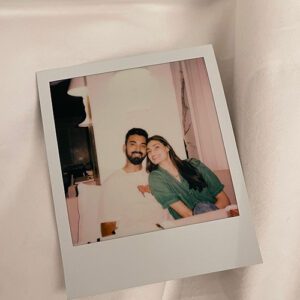 Athiya and K L Rahul made their relationship official on Instagram.

After the wedding ceremony, Athiya and Rahul finally made a public appearance where they were seen posing for the paparazzi, and they looked ravishing. Just like Katrina Kaif and Vicky Kaushal, the pair had a no-phone rule in place. At the wedding, snaps of Bollywood photographer Rohan Shreshta and Tiger Shroff’s sister Krishna were also taken as they made it to the guest list of the intimate ceremony.

A ‘Peekaboo’ For Men

An elegant and stylish bag for men from Fendi With the world moving towards more gender-neutral trends, it’s natural that all genders are experimenting and...

Bollywood megastar Salman Khan turned 57 on December 27 this year. Many B-town celebs arrived in style at his sister’s home to attend a...