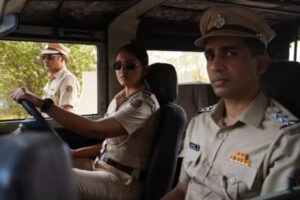 Filmmaker Ruchika Oberoi has previously directed the movie Island City and written a segment in the 2018 anthology Lust stories.

Dahaad co-producer Zoya Akhtar, took to instagram and shared this news with fans and captioned, “Dahaad’s roar echoes through the Berlinale as it becomes the 1st Indian web series to premiered at the Berlin International Film Festival”, Her followers, friends and colleagues congratulate her and the entire Dahaad team. 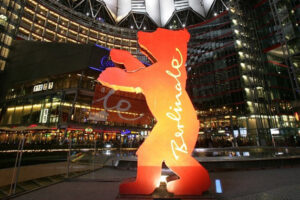 Filmmaker Reema Kagati also shared this piece of good news on Twitter on Monday evening. She tweetted of the Dahaad’s official page from the Berlin International Film Festival a.k.a Berlinale website and wrote “so happy to share this”. Dahaad lead actor Vijay Varma also tweeted, Dahaad to premiere at the Berlinale!! Can’t keep calm.

The show is set in a quite small town in Rajasthan. An eight episode crime drama follows S.I. (Sub-inspector) Anjali Bhaati (Sonakshi Sinha) and her colleagues from the local police station as they take on the case which looks like a suicides case, but could actually be the work of a serial killer. Sub-inspector Anjali Bhaati try to unravel the truth. The show’s official synopsis on the Berlin International Film Festival’s website reads: Women are mysteriously disappearing without a trace in Rajasthan and nobody seems surprised. But police officer S.I. Anjali Bhaati notices a similarity in the cases: long night phone calls and a BF (Boyfriend) that no one in the neighbourhood has ever seen.

While the slow-burn crime drama’s only two episodes will be screened at the Berlinale. The Hindi series is one of the 7 productions that will compete for the newly created Berlin International Film Festival series Award, which is presented along with the Hollywood magazine deadline. The International judges for the award is made up of actor Andre Holland, Screenwriter Mette Henno and Producer Danna Stern. This section’s winner will be announced on 22 February, 2023.

Imagine what ‘hell-of-a-show’ it would be to watch your partner touching themselves and you get to enjoy the view. Sexy, isn’t it? So, keep...