Ajay Devgan along with Tabu and Akshaye Khanna have been nothing but splendid in their roles and once again won over the hearts and minds of the audience.

When Ajay Devgan starrer Drishyam came out in 2014, it felt that it was hard to overcome the success of the movie. But the makers were back after 8 years and they lived up to the hype and expectations of the audience. Most of the same characters from the first movie were seen and some new valuable additions with the likes of Akshaye Khanna were seen in the sequel. Since the release of the trailer, fans have been eagerly waiting for the movie to release, since they wanted to know the story of Vijay Salgaonkar and his family, and how Vijay was able to protect his family even after the body was found.The Abhishek Pathak-directed movie is based on the prequel’s narrative, which created a lot of attention. There are numerous parallels throughout the sequel that serve to remind viewers how outstanding the original movie was. With his wife Nandini (Shriya Saran), daughters Anju (Ishita Dutta), and Annu (Mrunal Jadhav), Vijay Salgaonkar resides in Goa. After Nandini and Anju accidentally kill Sam, a small kid who is the son of Goa IG Meera Deshmukh (Tabu), Vijay comes up with various strategies every day to protect his family and ultimately resorts to telling 100 lies to cover one. The movie ends as the case is dismissed and Sam has been declared dead. 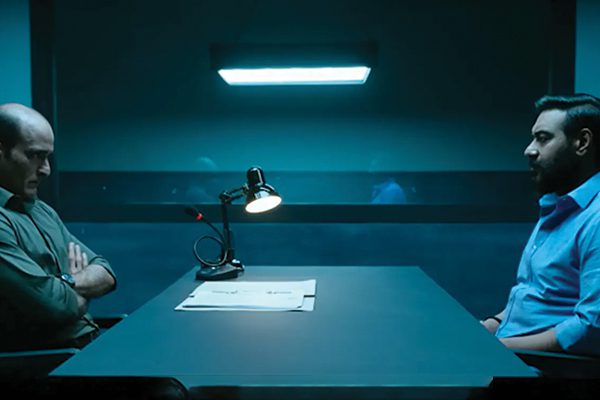 The audience appreciated how realistic the film’s creators preserved Ajay’s character, who is in top shape. Given that he isn’t playing a cop but rather an average middle-class man, it makes sense that he has put on weight during the past seven years. In each of those sorrowful scenes, he also comes across as easily authentic. Since he doesn’t express himself very often, one can hardly notice.Shriya’s personality hasn’t changed much; she’s still the terrified wife. Now an older lady, the younger daughter of Salgaonkar plays a much smaller role in the sequel than she did in the first movie. Almost none of the lines she was provided come to mind. The horrific incidents have led to Anju, Ishita’s daughter, suffering epilepsy. She gives a respectable performance which could have been better in a few scenes. Following Section 375, Akshaye Khanna makes a magnificent comeback to the big screen, but has an artificial look in most scenes. Fans regretted that Tabu’s role in the film was reduced to a mere cameo and hoped that it had more significance. Laxmikant Gaitonde (Kamlesh Sawant) once more will make you dislike him. Saurabh Shukla, the new character, first appears early on before vanishing and then popping up towards the end with the pivotal revelation. 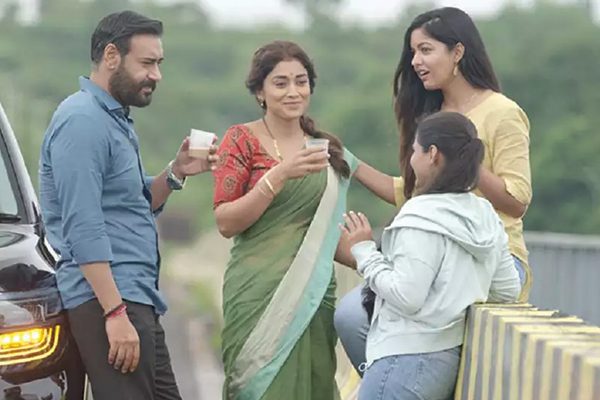 The way the support actors performed, it actually looked like it was Drishyam 1 on repeat, even though this movie is shot after seven years

Although the story in Drishyam 2 moves forward, it seems like certain things haven’t changed at all. For instance, one may have anticipated that Martin’s Cafeteria would at least undergo some remodeling and become a modestly upscale cafeteria during this time. Another factor that frustrates the fans is the continued absence of CCTVs in the larger departments, such as forensics. Imagine that Vijay now has access to different CCTV tapes from his theater office as well as the road just outside of the police station. Did the Salgaonkar family consider telling the police the truth that Sam was trying to coerce them and the tragedy was an accident instead of denying that Sam was trying to blackmail them? Perhaps justice would have been served to them in a courtroom. This was the single plot point that failed to make sense in either film. 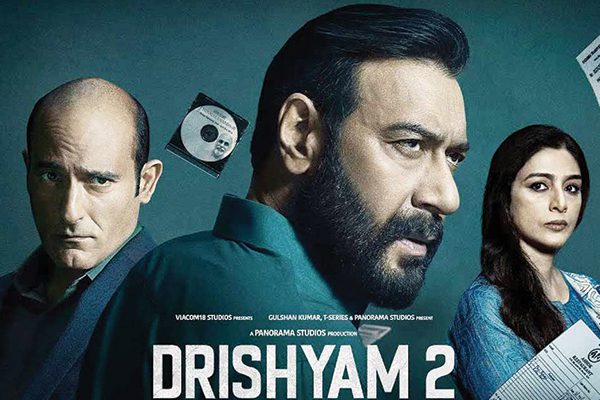 The sequel to Drishyam, Vijay Salgaonkar, starring Ajay Devgn, maintains its dominance at the box office. The movie brought in its highest earnings on Sunday, reaching 27.17 crore. This would bring the weekend’s total earnings to 64.14 crore. The movie made 21.59 crore on Saturday after debuting on Friday for 15.38 crore. Nevertheless, Drishyam 2 is surely a must watch and if you are planning to go for the movie, be sure to expect the unexpected. The twists and turns, the drama, the mystery is there for the taking and there are a few scenes that will have you by the edge of your seat. So book your tickets soon as some shows might already be sold out by the time you book.

In Big Boss 15, contestants Shamita Shetty and Tejasswi Prakash were almost seen in a clash conflict, but it was not limited to the...

Bottega Veneta's Chain Casette bag speaks for itself. Read on!   Bottega Veneta, founded in 1966, popular for its leather pieces, is a...

Rakhi Sawant has always been seen in Bigboss, as an outspoken woman who reveals, but in her BigBoss 15 her public appearance with her...