The arrival of Ticket To Finale Week signals that things will soon become much more complicated. Let’s wait and watch what happens in this season of Bigg Boss.

The episodes and the latest season 16 of Bigg Boss are about to reach the finale of the reality game show. The participants living in the Bigg Boss house gave it their all to stay in the house and compete for the trophy during the Ticket to Finale on the latest episode which was telecasted on January 16. In addition, the nomination task was also seen to be taking place, and as always, the contestants nominated their rival contestants to eliminate their competition. 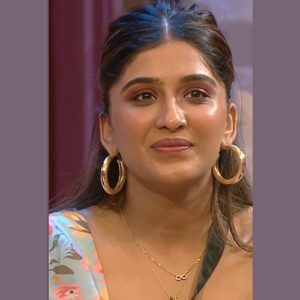 Nimrit becomes the first one to get the ticket to the finale.

Another highlight of the latest Bigg Boss episode was the captaincy, which was given to Nimrat Ahluwalia once again with one of the most awaited phases of the Bigg Boss season. Alongside, Nimrat also becomes the first one to get the ticket to the finale. As she got the chance to become the captain again, just like before, her job was made even more difficult when Bigg Boss threatened her by saying that he will ‘fire’ her from the captaincy if any member of the house is found to be breaking the house rules. However, Bigg Boss also challenged the other residents to compete for the captaincy in order to earn a ticket to the grand finals. The contestants planned to win a ticket to the finals alongside their fellow contestants. 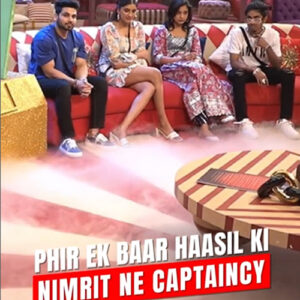 It will be interesting to see how she handles the house this time.

On the other hand, contestants who were nominated for eviction this week were Shalin Bhanot, Tina Datta, Sumbul Touqeer Khan, and Soundarya Sharma. After several weeks of no eliminations and with only a little over a month left in Bigg Boss 16 even with the extension, it felt like there was an unlucky mass removal of sorts this past weekend.

Coming back to the finale ticket, this time the captaincy will be a difficult task for Nimrit because the competitors will be making sure that jobs and orders are ignored by them in order to ensure that the captaincy changes hands, this will cause a lot of chaos. For the time being, let’s see how Nimrit Ahluwalia will take over as captain this week. For the unaware, Nimrit was the first captain of the house at the beginning of the show.

'Tis the season of all things spooky! This sentiment extends to your Halloween party as well! Read ahead for some spooktacular games that will...

From using them in our everyday life to laughing at these dialogues, let’s revive the memories of some funny and entertaining dialogues from Hindi...

Do Winters Make Your Dog Lethargic Too? These Tips Will Help You Like A Wizard’s Magic wand!

Winters For Your Dogs Can Be As Lazy As They Are For You, Protect Those Speechless Being From Winters By Following These Tips “Dogs are...