Actor Shahid Kapoor along with his co-star Vijay Sethupathi are all set to make their OTT debut in Raj Nidimoru & Krishna D.K’s much-awaited web series Farzi. Prime Video India dropped the trailer of Farzi on Friday. The trailer gives us a sneak peek of the story where Shahid Kapoor plays the role of Sunny, a con artist, who has started designing fake currency and actor Vijay Sethupathi, plays the role of Michael, a task force officer, who is out to get him at any cost. 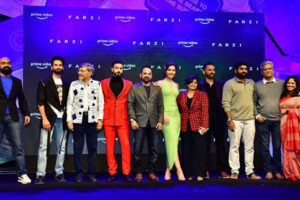 Let’s talk about the trailer, As the trailer begins Sunny (Shahid Kapoor) was seen sleeping in a bed full of money whose obsession with money is very loud & clear. He is a middle-class boy, who is fed up with this life and wants to achieve his dream of luxury at any cost. So, he begins to design counterfeit currency notes to scale up in life and said that “he wants to make that much money that he doesn’t respect it anymore” and has one motto in life “If you can’t change the rules, then change the game”. His little twisted mission shakes up the law. However, sunny has to face an obstacle, in fact, a big one – Michael (Vijay Sethupathi) who is a Police officer, and won’t take No for an answer. Who is here to disclose the truth about fake (Farzi) currency? At the end of the trailer, there is a hilarious bit of black comedy featuring Vijay. We also got a glimpse of Rashi Khanna, Kay Kay Menon, Kubbra Sait and Zakir Hussain. 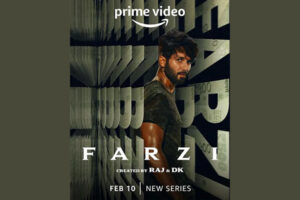 Farzi is a crime-thriller series, a race between law and criminals

This show appears to be an edgy cat-and-mouse race thriller between criminals and law enforcement, where losing is not an option. While don’t get to see actors Vijay and Shahid in the same frame, they do establish their stories. Overall the story will keep the audience on the edge of their seats. 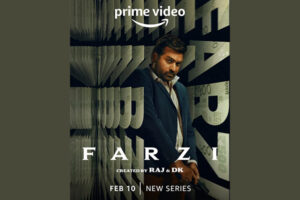 On Friday, at the trailer launch when actor Vijay Sethupathi asked if he felt insecure about being in a web series where actor Shahid Kapoor is also in a parallel lead role. He said he worked in so many multi-starrer films and doesn’t look at it that way. Here also he respects Amol Palekar so much and Bhuvan Arora. It’s not only Shahid. He further said we are not here to compete with one another. They all co-operate & work together.

Actor Shahid Kapoor was last seen in the “Jersey” movie, which failed at the box office. Apart from Farzi, he also works on Ali Abbas Zafar’s film Bloody Daddy.

Actor Vijay Sethupathi was last seen in the DSP movie and has also two other Hindi films Jawan and Merry Christmas in the line.

Coach’s Rogue Slim Briefcase is in Quite High Demand Nowadays, But Is It Worth The Hype? Let’s Check Out! Predominantly visible and audible to us...