Student of the year was one of the most glamorous movies to have ever been made and it kind of gave the audience a glimpse of an iconic Karan Johar film with the setting and number of major characters involved in almost every scene. This was the debut for three mega stars of this generation as this was the first movie for Alia Bhatt, Varun Dhawan and Siddharth Malhotra. It was an entertaining film at that time and one that will still be edged in the memories of almost every millenial at that time. As Karan posted photos of the three actors on Instagram with a sentimental caption, she started to feel melancholy. The letter was also really clever and might have some witty comments. 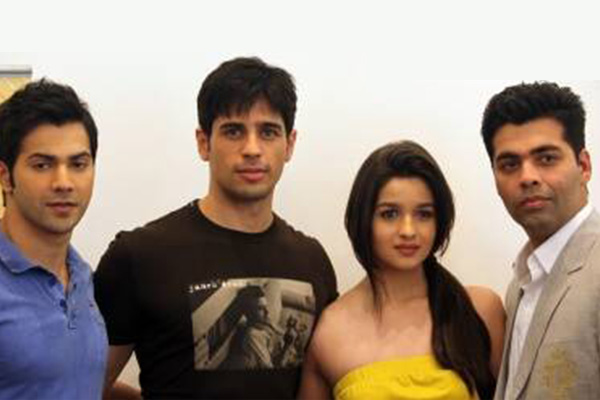 The trio of Alia Bhatt, Varun Dhawan and Siddharth Malhotra have had different journeys since their debut film. Before making his acting debut, Sidharth Malhotra worked as a model and as the assistant director for Karan Johar’s “My Name is Khan.” Sidharth gained notoriety as a “intense actor” after breaking into the business with some of his outstanding performances in films like Kapoor & Sons (2016), Hasee Toh Phasee (2018), Shershaah (2021), and Ek Villian (2014). His career, however, took a hit when box office failures Baar Baar Dekho (2016), Ittefaq (2017), Aiyaary (2018), and Jabariya Jodi (2019) brought about. He starred as the battle hero Captain Vikram Batra in Shershaah, which launched his acting career. His performance in the movie earned him the Dadasaheb Phalke International Film Festival’s Best Actor Critics Award. This Diwali, he’s slated to release Thank God, his debut comedy movie starring Ajay Devgn. After that, he will appear in the action movie Yodha with Raashii Khanna and Disha Patani. 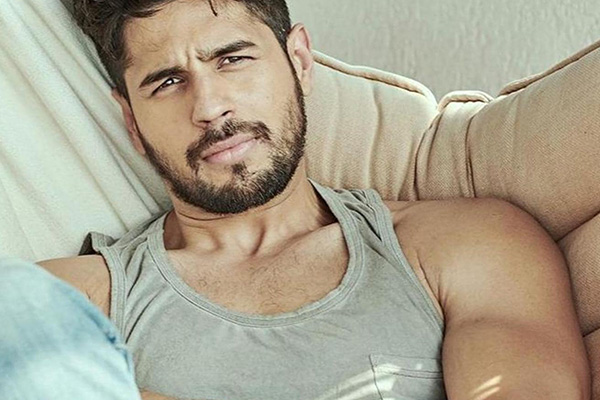 On the other hand, Varun Dhawan, one of Bollywood’s most popular young actors, is the son of filmmaker David Dhawan. With a range of roles, Varun has established himself in the film business. Varun worked with Karan Johar on the film My Name Is Khan before making his acting debut in the collegiate drama Student Of The Year. Varun has produced 11 hits in the past ten years, including the romantic comedy Main Tera Hero (2014), Humpty Sharma Ki Dulhania (2014), and Badrinath Ki Dulhania (2017). With the release of Any Body Can Dance 2 (ABCD 2) in 2015, he solidified his position as one of the top dancers in the business. In 2015, he struck gold with the neo-noir action film Badlapur. When his films Coolie No. 1 (2020), Street Dancer 3D (2020), and Kalank (2019) flopped at the box office, Varun suffered a setback in his career. His most recent appearance was in this year’s popular movie Jugg Jugg Jeeyo alongside Anil Kapoor and Neetu Singh. 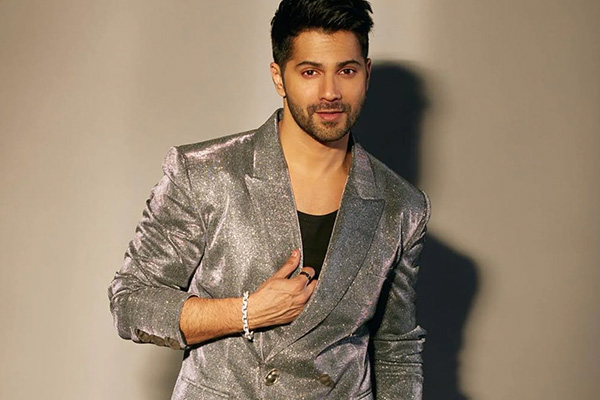 Varun Dhawan has been great in comedy as well as thriller movies and is promoting ‘Bhediya’ which is a combination of both genres.

The most talked about actress of this generation is Alia Bhatt and she has been the pick of the trio as most of her movies were hits in the box office. Soni Razdan, a former actress, and director Mahesh Bhatt are the parents of Alia Bhatt. She appeared as a young actress in the 1999 movie Sangharsh, which also starred Preity Zinta, Ashutosh Rana, and Akshay Kumar. Alia Bhatt made her acting debut in the 2012 film Student of the Year (SOTY), and in Highway (2014), for which she received the Best Actress Critics Award, she portrayed a victim who had been abducted. Alongside her SOTY co-star Varun Dhawan, she made a name for herself as an actor with Humpty Sharma Ki Dulhania (2014) and Badrinath Ki Dulhania (2017). Alia Bhatt received the Best Actress Filmfare Award in 2016 for her portrayal as a migrant laborer in the movie Udta Punjab. She featured in the spy thriller Raazi in 2018. She co-starred with Ranveer Singh in another big-budget success, Gully Boy, the following year. Alia Bhatt appeared in four films in 2022, including Gangubai Kathiawadi, RRR, Darlings, and Brahmastra. 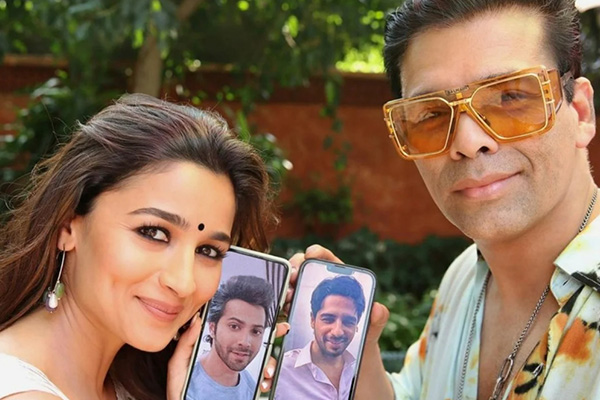 Karan Johar penned down a note after the student of the year trio completed ten years in this industry. As Karan posted photos of the three actors on Instagram with a sentimental caption, Alia Bhatt started to feel melancholy. Karan Johar posted with the caption that said, “Down the years with my students of every year! So proud of their cinema journey! It’s no Raaz(I) that they have mastered the ABCD of their craft and emerged as Shershaahs of goodness and talent! Love you! #10yearsofsoty.” Additionally, Karan revealed that “SOTY” originally began as a Christmas movie and offered a reel with a letter about producing it. He lavished Alia with affection while claiming that although he shouldn’t, love is love. Like he did with his children Yash and Roohi, he enjoys showing affection to Varun, Sidharth, and Alia. Alia left a heartfelt remark on this post. Kayoze Irani, the son of Boman Irani, received affection and a tale from Karan for his ten-year affiliation with Dharma Productions. With “SOTY,” Kayoze made his acting debut as well. He will soon be directing a movie for them. Alia shared a photo of herself in the sun and expressed her gratitude for the voyage. She also pledged to keep improving for her admirers. While Sidharth is actively promoting his upcoming movie, “Thank God,” which will hit theaters this Diwali, Varun today debuted the teaser for his movie “Bhediya,” which has impressed online users.

The public has deemed this movie to be the start of nepotism in the Bollywood industry even though it has been persistent in the industry for a long time now. Since the release of Student of the year, he has starred various star kids such as Ananya Pandey, Jahnvi Kapoor and is all set to launch kids of his friend and great actor Shahrukh Khan soon. Karan Johar might have tried to give the star kids an easy way into the limelight, he has been facing the brunt of it on social media. He has left twitter recently which sparked rumors about his mental health and his well-being in general. But we cannot disagree with the fact that, his films do have a certain kind of aura, which drags the audience to the theaters and is still able to make profits, even though social media tries and boycott his movies.

Hrithik Roshan is called 'The Greek God' of Bollywood for a reason and these pictures are a proof.@ET-DC@eyJkeW5hbWljIjp0cnVlLCJjb250ZW50IjoicG9zdF90YWdzIiwic2V0dGluZ3MiOnsiYmVmb3JlIjoiIiwiYWZ0ZXIiOiIiLCJsaW5rX3RvX3Rlcm1fcGFnZSI6Im9uIiwic2VwYXJhdG9yIjoiIHwgIiwiY2F0ZWdvcnlfdHlwZSI6InBvc3RfdGFnIn19@

After 'Kis Kis Se Pyar Karun' and 'Firangi' Kapil Sharma will be seen in another film with director Nandita Das, playing the role of...