Black Panther: Wakanda Forever continues to top the weekend box office charts for the fifth weekend in a row.

Black Panther: Wakanda Forever dominated the domestic box office for five consecutive weekends with no significant competition, becoming the highest opening of 2022 in the United States. 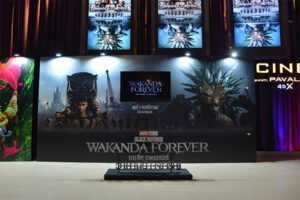 On one of the lowest-earning weekends in 2022, the Black Panther sequel leads the box office. There was a big responsibility and immense pressure on the makers and the entire team to carry forward the legacy after the Hollywood actor Chadwick Boseman’s (lead actor of Black Panther Part 1) death. It seems that the Letitia Wright starred Black Panther managed to live up to expectations in absence of a true black panther. 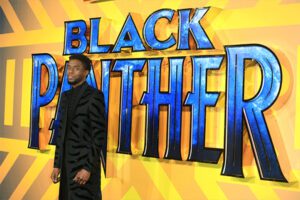 The Sequel of the Black Panther movie running over 3,725 theatres and added $11.1 million this weekend overall, boosting its domestic total to $409 million so far. It has made $767.8 million worldwide and become the 6th highest-grossing movie of the year 2022.

This movie will soon surpass the Doctor Strange: Multiverse of Madness box office collection, which is $411 million, and has already overtaken the total collection of Thor: Love and Thunder, which is $760.9 million. Black Panther: Wakanda Forever is the second-biggest release of the year after Top Gun: Maverick.

The total budget of Black Panther: Wakanda Forever was $250 million and was released on November 11, 2022.

Though it’s likely to change once “Avatar: The Way of Water” hits the theatres on December 16. With the release of Avatar: The way of water, the studio decides not to open any new movies in wide release. This enabled Ryan Coogler’s, Black Panther: Wakanda Forever to extend its reigns at the box office. 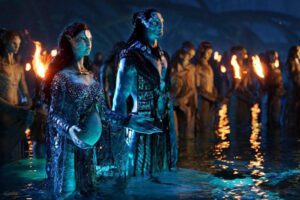 Avatar: the way of water is reportedly one of the most expensive films ever made

Avatar: the way of water is reportedly one of the most expensive films ever made, the budget of the movie is between $350 million to $400 million, and the director of this film James Cameron has planned 3 other films in the Avatar saga. Though the making of Avatar 4 and 5 will depend on the success of the first two sequels of Avatar, the director said.

The lead star of the movie Zoe Saldaña and Sam Worthington plays the role of Ney’tiri and Jake Sulley same as the original part of Avatar. Other returning cast members are Stephan Lang as Colonel Quaritch and Kate Winslet as Ronal, while Sigourney Weaver who played the character of Dr. Grace Augustine, will appear in a different role as Kiri (a Young Na’vi female).

Let’s see how far James Cameron’s Avatar: the way of water goes at the box office.

Synopsis: Karisma Kapoor took fashion to the hills and delighted her fans with stylish photos of herself in a red floral contemporary kurta. It’s always...

The Man Who Became Deadly Dutt Of Bollywood, Sanjay Dutt

Sanjay Dutt is all passion and courage and here are some images that are proof that 'Baba' will always be sensational.