The Indian team’s agonizing wait for a “World Cup” trophy continues as England humiliated Rohit Sharma & Co. with a 10-wicket victory in the second T20 World Cup 2022 semifinal. The Indian team’s lack of success in these tournaments, whether it be the 2019 ODI World Cup, the 2021 T20 World Cup, or the 2022 T20 World Cup, continues to haunt them. When India competes in an ICC tournament next time, it will have been ten years since its Champions Trophy victory in 2013. After this humiliating loss, the fans are struggling to accept the possibility that the Indian squad was simply unfortunate and are identifying who is to blame. 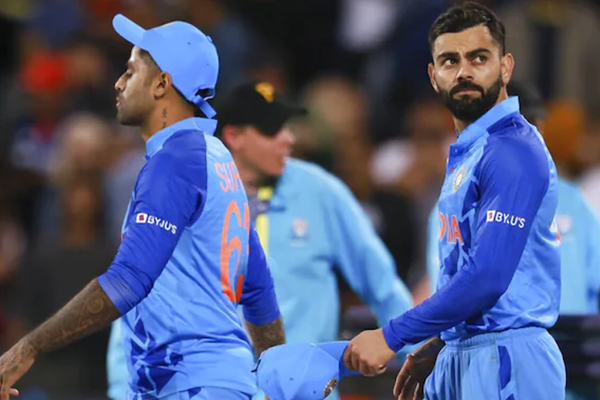 The way the tournament started for India, a hard fought win against Pakistan due to a brilliant knock by former captain, Virat Kohli. It was proving to be a great tournament for the sub-continent side, as the middle order was scoring runs and the new ball bowlers were taking the wickets of opposition batsmen at will. India won four out of their first five games, and their solitary loss in the super 12s came against heavyweights South Africa on a bouncy pitch in Perth. Suryakumar Yadav and Virat Kohli were the key batsmen for India in the Super 12s while the young gun Arshdeep Singh was troubling the batsmen with his superb bowling. So where was the formidable India side in the semi final that looked destined to win the World Cup. Let’s look at some reasons as to why the Indian team failed as a unit and how they faltered in the semis. 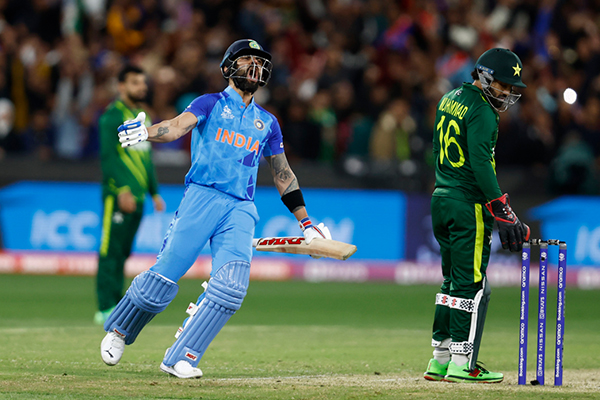 India’s start in the powerplay has frequently been questioned. While KL Rahul struggled to have an influence with the bat in four of the six matches, Rohit Sharma only achieved one half-century. India batted among the worst teams in the entire tournament during powerplays. India adjusted their batting strategy and was aggressive from the opening over after last year’s disastrous World Cup exit. But as the World Cup approached, the strategy shifted, and India returned to their cautious beginning strategy. Virat Kohli and Suryakumar Yadav’s outstanding batting performances on some days would have kept them alive, but at some point it would cost them and that day was the semifinal match against England, their overdependence on a few players have cost them dearly. Since Surya cannot be expected to perform consistently given the way he plays, the openers had to get off to a strong start. Our openers had trouble forming a strong partnership throughout the competition, and India frequently found themselves in trouble after 10 overs, around the 60-70 run threshold. Rohit Sharma, the captain of the Indian team, unfortunately didn’t live up to expectations. He was meant to play the captain’s innings and lead the charge, but he struggled against England in a key game. Rohit’s leadership of the team is undoubtedly in question as India departs Australia without the trophy. 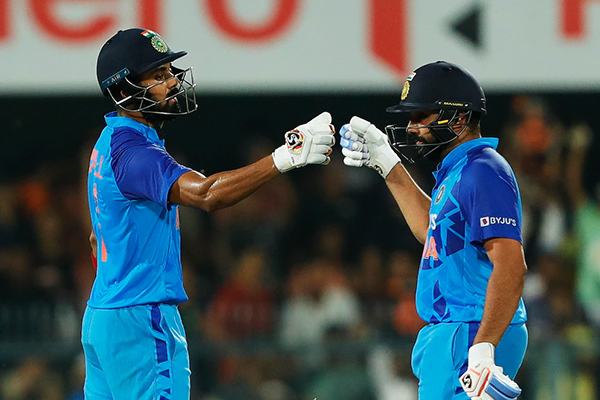 Bowling was another aspect in which Team India struggled a lot. Apart from a few good phases of bowling in some matches, the Indian bowling looked slightly weak. The absence of Jadeja and Bumrah was costing the team dearly and had affected the team’s balance. There were concerns about Jasprit Bumrah’s substitute when he sustained an injury because no other speedster in India could match his ability to offer raw pace.Umran Malik, the only Indian fast bowler able to consistently deliver over 150 kph, was even mentioned by several pundits and experts, but Mohammed Shami was chosen to replace Bumrah, therefore Malik just couldn’t make it into the reserves. India took part in six T20 World Cup matches in total (Five in the Super 12s and One semi-final). Yuzvendra Chahal, the lone wrist spinner in the 15-man squad, sat out all six of these contests. Ravichandran Ashwin and Axar Patel were both utilized throughout the entire contest. Wrist spinners have such a history of being good options for wicket-taking in T20 cricket. Therefore, the decision to not play Chahal was baffling to say the least. This was a mistake that India made last year where they did not even take Chahal to the World Cup. The choice of going with little extra batting depth is costing India, as even though Ashwin was scoring the bonus runs in the end overs, he was not able to do his primary role of taking key wickets effectively. 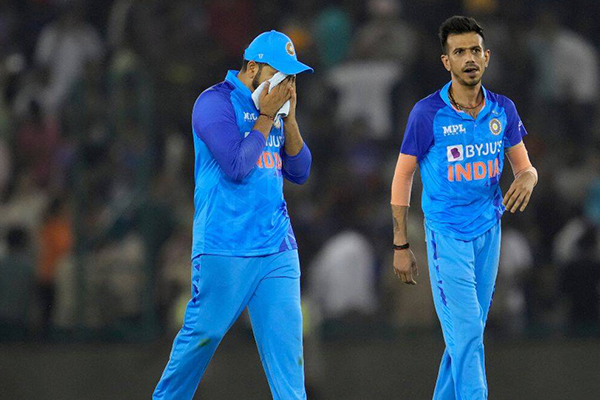 All the great cricket nations that have gone on and lifted the trophy in white ball cricket, one thing was always common, that was team balance. Team balance is the key to win tournaments, and that balance hasn’t been seen in Indian cricket for a very long time now. There was a time when India had the luxury of seven bowlers and now just to slot in an extra bowler, India has to go with a batsman short in their lineup. India used to have match winners in their line-up, who could win them the match on any given day. Fans are right, when they claim that if Dhoni was present, he could have turned the tide of the match. He used to do it on so many occasions and that extra presence of mind and composure is needed at crucial stages of the match, to get abc in the game. The decision of sticking with Axar and Ashwin proved faulty for India and Chahal could have been a better option on a pitch where Adil Rashid and Liam Livingstone kept the Indian batsman quiet for most time.

India learned a hard lesson in how to play T20 cricket away from the sub-continent at the Adelaide Oval, as England raced to a dominant victory with four overs to spare. India, who entered the contest as the top-ranked T20 team in the world and had planned to face Pakistan in a fantasy final at the MCG, is incredibly devastated by the loss, which was both anticipated and familiar. After this loss, it is obvious that changes must be made if India is to triumph in a white ball competition. As a result, the management will be filled with doubts, and the Indian team’s fans will be looking for significant changes.

Well, we have some easy ways to fix them. So, read on to know the little things that you may not be noticing, but...