BCCI has announced the schedule and venues for the Indian Cricket Team’s home season which includes series against New Zealand, Sri Lanka and Australia

The Indian Cricket team is set to start their home season with three series back to back which includes matches against top-tier nations. The season would begin with a three match T20I series against Sri Lanka followed by an ODI series against the same opposition. After that, a three-match ODI series against New Zealand will be contested in Hyderabad, Raipur, and Indore. The BCCI stated that Team India would play a three-match T20I series against New Zealand. The second One-Day International, which will be a landmark ODI for Raipur as they host their first international match. After the conclusion of this series, the mighty Australians would be visiting the Indian subcontinent to fight for the Border Gavaskar trophy which includes four tests starting on February 9th in Nagpur and would end in mid-march in Ahmedabad. The tests would be followed by a three match ODI series and it would be a great watch as both teams have their eyes set on the 2023 ODI World Cup in India. This would also be the last edition of the Border Gavaskar trophy that will include only four tests. From the next edition, which will be held in Australia during 2023-25 WTC cycle, the Border Gavaskar trophy will be contested for the first time with five tests in the schedule. 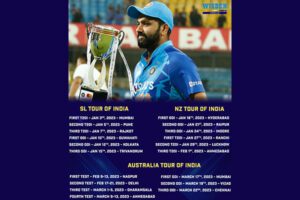 This is the entire schedule for the home season

With the series against Sri Lanka, India will begin their planning for the 2024 T20 World Cup from scratch. According to rumors, Hardik Pandya would be named India’s new T20 captain just before the series against Sri Lanka. A new coach for the Indian T20 Team is something the Indian Board is indeed keen on. Most likely, Rahul Dravid and the incoming coach will collaborate. Dravid will concentrate largely on the ODI and Test Teams, with a separate coaching setup for T20 being considered. The BCCI has revealed the schedule, and fans can’t wait for the Hardik Pandya led Indian team to usher in the new T20 era. The likes of Rohit and Kohli won’t be seen in this series as per reports and the youngsters might get a chance again to prove the world that they are built for international cricket. The senior players will surely return for the ODI series against Sri Lanka as they would want to sort out their team issues before the World Cup next October. India lost three ODI series in 2022, which is the first time that this has happened since 1997. Sri Lanka would look to provide a stern test to the hosts and challenge them to the limits which is what Bangladesh did in the ongoing series against India. 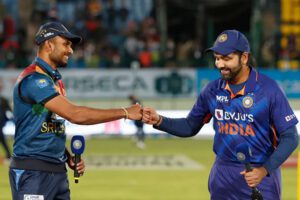 In the following three T20Is and three ODIs on their schedule, India will play New Zealand. The first One-Day International (ODI) will be played on January 18 in Hyderabad, while the first international game will be played at Raipur’s Shaheed Veer Narayan Singh International Cricket Stadium on January 21. In Indore, the third game will take place. Although the second ODI will indeed be Raipur’s first-ever international game, the location has already hosted numerous IPL and Champions League T20 games as well as serving as the second home field for Delhi Daredevils’ franchise (now Delhi Capitals). The T20I series, which begins on January 27 in Ranchi and also includes matches in Lucknow and Ahmedabad, will then come into focus. 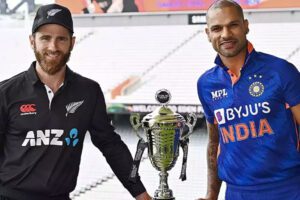 India has been able to hold onto to the Border Gavaskar trophy for over eight years now and the last time they lost a test series to Australia was back in 2014 when Virat Kohli was named the captain for the first time following the retirement of Mahendra Singh Dhoni. Since then, it has been Kohli’s army that has been doing the damage to Australians both home and away. For about the first time in five years, Australia will tour India for a Test series. The Steve Smith-led team fell 1-2 when they last toured India in 2017. Since then, India has made two trips to Australia and won both of them, and became the first team to win back-to-back Test series against Australia in Australia. Winning a test series in Australia is one of the most difficult things but to do it twice and under the most difficult circumstances caused by the pandemic and injuries, the Indian team didn’t falter at all. 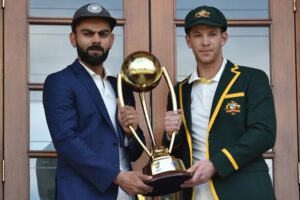 India’s home season includes tough fixtures against top quality oppositions and would surely help India shape their team better and pick a strong team when the World Cups come. The home season will also answer many questions regarding the places of some senior members and how the youngsters would be given enough opportunities to represent themselves. India are dominant at home with an excellent track record and would be hoping to improve it. After the season has ended the players will leave for the IPL and join their respective franchises. The start date of the IPL hasn’t been decided but it will surely be a week or two after the series against Australia.

We have brought to you latest 5G smartphones which have been launched recently. Know, why you would like to own them in 2021.Half the...

Celebrities from not just Hollywood, but Bollywood have struggled with postpartum depression and opened up about their experience with courage, to inspire others. Check...