UP chief minister Yogi Adityanath met many film personalities at Taj Hotel in Mumbai on Thursday. During his meeting, they discussed the film opportunities in UP’s upcoming film city. Many Bollywood personalities like Sonu Nigam, Om Raut, Jackky Bhagnani, Rajpal Yadav, Ravi Kishan, Tej Kiran, Chandraprakash Dwivedi etc. also attended the meeting. At the event, actor Suniel Shetty mentioned the “Anti-Bollywood” trends on the social media platform and ask him to help erase hatred and negativity against Bollywood. He assured him that people in the Hindi film industry don’t do wrong work or drugs. 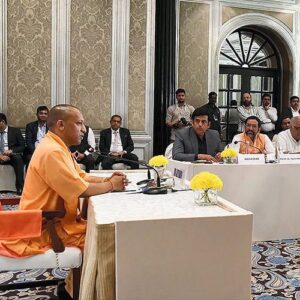 Now, actor Suniel Shetty took the opportunity to share how to encourage audiences to come back to theatres. He called the hashtag “Boycott Bollywood” was going on. It can stop if UP CM Yogi ji will talk about it, people will listen. He said Today If I am Suniel Shetty, it is because of Uttar Pradesh and fans from there. It is important to spread the word that we’re doing good work. There is a stigma on us and that pains me because  99% of us are not like that. We don’t do drugs the whole day and do the wrong work. We are associated with good works. Everywhere has one rotten apple, but just because of that we can’t call the whole industry rotten. Today, people think that Bollywood is not a good place to work, but we have made such good films too. I have been part of many good films like Border. If anything connects Bharat (India) with other countries, that is our music and our stories. We have to work together to get rid of this hashtag trend. We have to figure out a way to stop this trend. So, CM Yogi Ji if take the lead and talk to our beloved Prime minister Narendra Modi about this matter, it will make a huge difference. 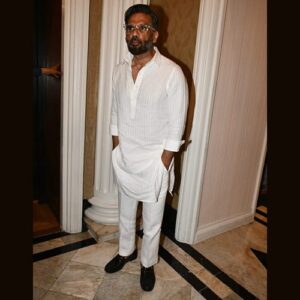 Actor Suniel Shetty also talks about how the Film City in Uttar Pradesh should encourage locals to become a part of it & provide them with employment opportunities. He also stated that they should focus on creating actors and utmost importance to create technical teams as well.

Alexandra Breckenridge – Babe of the Month

Have you heard of American horror story yet? You totally should've. It's scary, odd and amazing. And, thanks to Alexandra Breckenridge, it's also outrageously...

Dilliwalas, Make Your January Plans Right Away With These Upcoming Events!

2023 is here and it’s time to have a blast with many fun events taking place in Delhi – NCR. We all have wished for...