A list of the most popular movies of this year, The Kashmir Files only Bollywood movie on this list.

As 2022 nears its end, we can say that 2022 is not the best year for Hindi movies but for Indian cinema, this was certainly a year to remember. This year proved to be the best year for pan-Indian movies, such as Telugu, Tamil, and Kannada films, which make waves across the country.

IMDb on Wednesday released its annual list of the most popular movies and web stories of 2022. While South Indian films managed to take over this year with their screenplays and solid content, only one Hindi film The Kashmir Files has made it to the list. This film remained in the headlines not just because of its controversies but because it managed to touch the hearts of the audience by showing the truth in this movie, the hard facts of the situation faced by the Kashmiri Pandits.

IMDb made this list of popular movies or web stories based on their page visit, it has more than 200 million monthly views on its website.

Check out the list of most popular movies here: 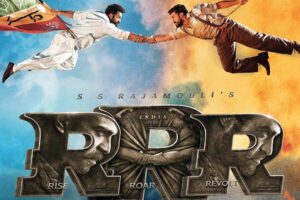 RRR (Rise Roar Revolt) directed by SS Rajamouli and features Ram Charan, Jr. NTR, Alia Bhatt, and Ajay Devgan. It recently grabbed 2 nominations at the Golden Globe Awards under the Best Original Song Category (Naatu Naatu) and the Best Foreign Film Category. This movie did phenomenal business at the box office and raised over 1200Cr. at the global box office. 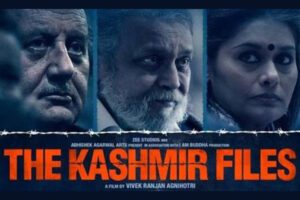 This controversial film ‘The Kashmir Files’ directed by Vivek Agnihotri, was recently in the headlines after the IFFI (International Film Festival of India) jury chief Nadav called it a propaganda film at the closing ceremony of IFFI. This movie is based on the 1990’s heart-wrenching exodus of Kashmiri Pandits from Kashmir. This film raised over Rs.250Cr. in India and Rs.340Cr. approx. worldwide. 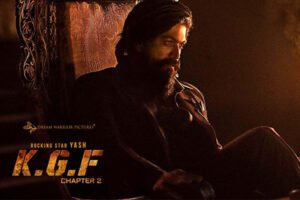 One of the most awaited films of the year 2022. It’s a sequel to the 2018 film K.G.F: Chapter 1, which follows Rocky story ahead. K.G.F: Chapter 2 was the biggest hit at the box office. It stars Yash in the lead role and is directed by Prashant Neel. This movie raised over 1200-1250Cr. globally. 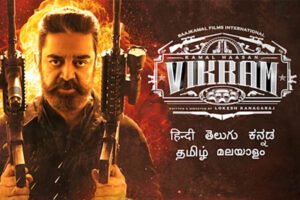 Vikram is directed by Lokesh Kanagaraj

Vikram is directed by Lokesh Kanagaraj, and this film brought actor Kamal Hassan back on screen after the 2018 movie Vishwaroopam also starring Tamil star Vijay Sethupathi and Malayalam star Fahadh Faasil. This film grossed over Rs.420-500Cr. 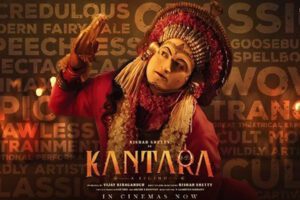 Kantara was made on a modest budget approx. 16 crore but turned out to be a massive hit

The Kannada-language movie Kantara was written and directed by Rishab Shetty. This movie was made on a modest budget approx. 16 crore but turned out to be a massive hit and stands at a total of 405 Cr. and become the second highest-grossing Kannada film of all time. 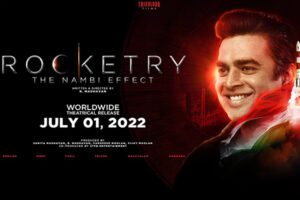 Rocketry: The Nambi Effect was the biopic of scientist Nambi Narayanan

Madhavan starrer Rocketry: The Nambi Effect was the biopic of scientist Nambi Narayanan. This movie is written, produced, and directed by actor R. Madhavan. This film first premiered at the Cannes Film Festival 2022 and has grossed 50cr. worldwide. 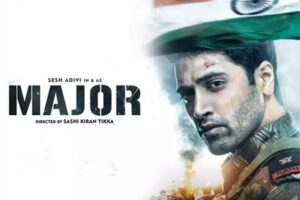 Major movie was the biopic of Major Sandeep Unnikrishnan

Major movie is directed by Sashi Kiran Tikka and stars Adivi Sesh in the lead role. This was the biopic of Major Sandeep Unnikrishnan. It had a successful run at the box office and grossed 64-65 crore globally and the Hindi version of this film featured at the 53rd IFFI in the Indian Panorama Section 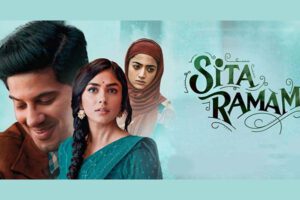 Sita Ramam film is set in 1964, a love story genre

Sita Ramam is directed by Hanu Raghavapudi starring Dulquer Salman, Mrunal Thakur, and Rashmika Mandanna. This film is set in 1964, a love story of Lt. Ram, an orphan army officer, and Sita Mahalakshmi, who was originally Princess Noor Jahan. This is a Telugu Film and grossed over 104 crores. 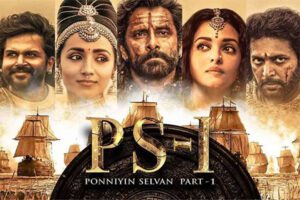 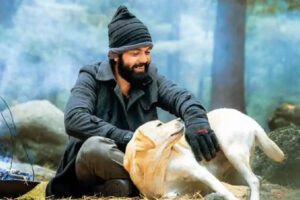 777 Charlie is Kannada language film is directed by Kiranraj K

This Kannada language film is directed by Kiranraj K. starring Rakshit Shetty, Sangeetha Sringeri, and others. This film is about a bond between a lonely factory worker and a dog. This film grossed 105 crores.

On Twitter's #AskSRK, King Khan and his witty responses to trolls give netizens with nothing less than a great dose of entertainment. Continuing the fun...

Along with being supremely comfortable, the brand also takes into account the elegance and sophistication that comes by wearing one of Max Mara’s fashion...