Producer Ekta Kapoor has announced Kangana Ranaut as the host of her upcoming reality-based game show Lock Upp. The show will feature 16 celebrity contestants and will air on online streaming giants, MX player, and ALT Balaji.

After Bollywood stars like Salman Khan, Amitabh Bachchan, and Ranveer Singh, now the sassy queen of Bollywood, Kangana Ranaut will step into the shoes of a host with a new compelling reality show, ‘Lock Upp’. The lady is all set to showcase her fierce nature and will also see how fierce the contestants of this upcoming show are. So, let’s dive into the details and know what Lock Upp is.

Ekta Kapoor is back with yet another entertainment show for the audience. But, this time with a twist. Ekta is producing an upcoming show ‘Lock Upp’ and has officially announced Bollywood star Kangana Ranaut as the host. Lock Upp is a fearless reality show which is somewhat like the concept of Bigg Boss. The team of Lock Upp, on a promotional event, disclosed the details about the show and what the gameplay is all about. As the name suggests, 16 celebrity contestants will be locked up together in jail and will have to survive together for over 72 days with each other and Kangana hosting the show. The official list of the celebrity contestants is yet to be announced by the team. 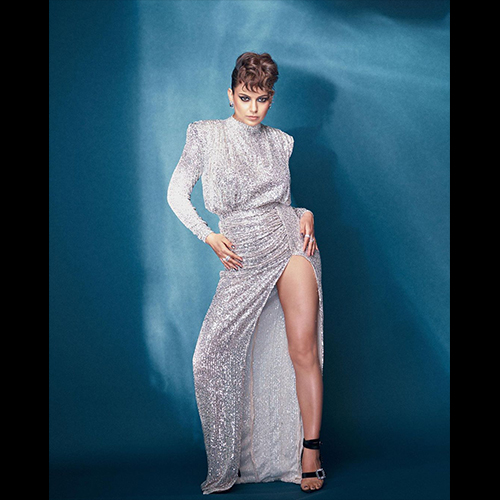 Kangana Ranaut will step into the shoes of a host with a new compelling reality show, ‘Lock Upp’.

An interesting fact about the show is that the contestants will have to earn every basic need by winning the tasks and assignments given. While the winner will get one step closer to their necessity and winning the show, the losing contestants will have to face punishments and other harsh treatments like any other normal jail. Kangana will be playing the role of a jailer every week throughout the show. Ekta Kapoor also revealed another twist of the game show that the host, Kangana will have the 50% power to save or eliminate any contestants.

According to the sources, the contestants who will be seen on the show are well-known television personalities. A few of them are Hina Khan, Shehnaaz Gill, Avneet Kaur, Anushka Sen, Chetan Bhagat, Divyanka Tripathi, Surbhi Jyoti, Shweta Tiwari Urfi Javed, Vir Das, Harsh Beniwal, and others. While Shehnaaz Gill has already agreed to be on the show when approached, Vir Das has clarified on Twitter, that he has neither been approached for the show nor he is interested in the concept. On the other hand, after gaining a massive appreciation for the tribute she gave to Sidharth, Shehnaaz will be coming on screen with a reality show after a long time. 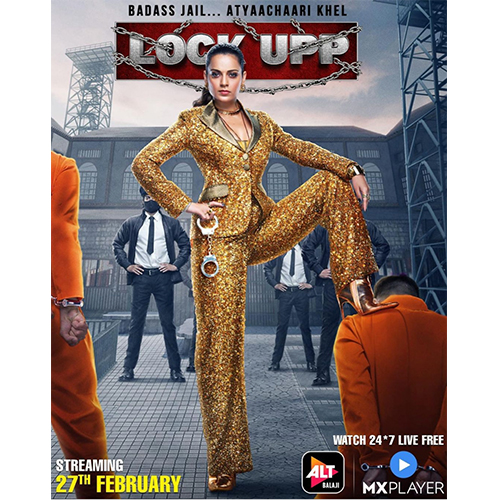 Recently, Kangana Ranaut officially shared the first look of ‘Lock Upp’ with a hot and bold image of her in a golden suit.

However, producer Ekta Kapoor has also mentioned that the inspiration of the show has not been taken up from any international show. As the show will be streamed online, it will also allow the audience to directly interact with their favourite contestants, and not just that, the audience can even act as a source of information for the gameplay. Lock Upp: Badass Jail, Atyachaari Khel will be streaming 24×7 on MX player and ALT Balaji from February 27, 2022. Let’s stay tuned and see how this new concept of reality show turns out to be.

We are all set to witness greatness return to the screens as the producer confirms Hera Pheri 3 is in the processYes you have...

If you also believe that coffee is mug-nificent, well you have landed at the right place. Know some engaging facts about your favorite beverage...

The mouthwatering dessert recipe is loaded with Chocolate and cream. It is simply good in taste, simple to make, and the perfect dessert for...