A Big day for Indian Cinema. India has scored three nominations in the 95th Academy Awards or Oscar Awards 2023.

The final nominations for the 95th Academy awards were announced on Tuesday. It’s a proud moment for Indian cinema to score 3 nominations at Oscar 2023. The nominations were announced by actors Riz Ahmed, and Allison Williams from Beverly Hills, California.  All three categories in which Indian films were nominated are Best Original Song category, Best Documentary Feature film category, and Best Documentary Short film category. 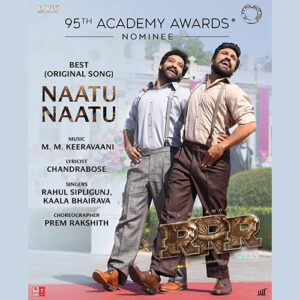 Filmmaker S.S. Rajamouli’s Telugu-language blockbuster film RRR’s song “Naatu Naatu” managed a nomination in the Best Original Song category, which also won the 80th Golden Globe Award and 28th Critics’ Choice Awards in the same category this year. In the Golden Globe Awards RRR was nominated in two categories: Best Song and Best Non-English Language Film. In the Critics Choice Awards RRR was nominated in five categories out of which it won two awards. One for Best Song “Naatu Naatu” and another one for Best Foreign Language Film.

Film RRR’s Naatu Naatu song become the first Indian film song which was nominated for the Oscar in the Best original song category.

RRR film is a fictional story of pre-independence, where a revolutionary and an officer in the British force became friends and create a visionary plan for freedom against the despotic rulers. Naatu Naatu song was composed by MM Keeravani and sung by Kaal Bhairava and Rahul Sipligung featuring actors Ram Charan and Jr. Ntr. This song was dubbed in 4 different languages. Overall, we can say that this year starts on a good note for Indian cinema. Other than RRR, two other Indian films were nominated for the Oscar Awards 2023. 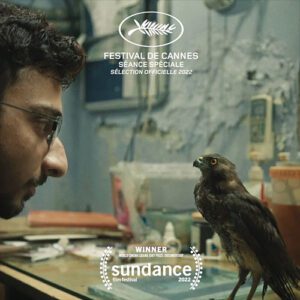 This documentary film is based on environmental issues 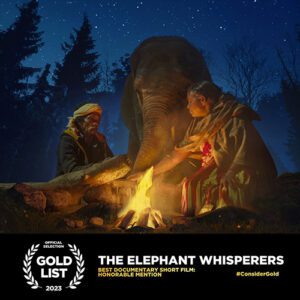 This short film The Elephant Whisperers directed by Kartiki Gonsalves

One another short film The Elephant Whisperers directed by Kartiki Gonsalves and produced by Achin Jain and Guneet Monga has made its place at the Oscars nominations. This film is about a South Indian couple, who devotes their lives to taking care of an orphaned baby elephant. 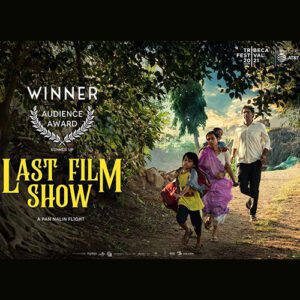 One more film which was shortlisted for the 95th academy awards but missed out on the final nominations is The Last Film Show or Chhello Show written and directed by Pan Nalin. This film premiered at the 20th Tribeca Film Festival in the year 2021. This Gujarati-language film was beaten by Argentine, 1985 helmed by Santiago Mitre. This film also beat Rajamouli’s directed film RRR  to win Best Non-English Language film at the Golden Globes Award earlier this month.

Love To Do Online Shopping? We Have Found The Ideal Store For You. Let’s See What it Is ?

For those who have a habit of online shopping, we have found the ideal store for all things be it fashion, grooming, gadgets, accessories...

Here is every fashion detail you need to know about the week-long fashion fest, Lakme Fashion Week.After two long years of the pandemic, the...

Are you already smelling and tasting the tangy flavor of ‘Kadhi’ and crispy flavoured ‘Aloo Tuk’? For those unaware souls, ‘Aloo Tuk’ is another...