The 16th Asian Film Awards are about to take place on March 12, this year at the Hong Kong Palace Museum, and the list of all the nominations has been revealed. Looking at the nomination list of the awards, it is clear that 2022 was a great year of Indian cinema as two movies from the entertainment industry have bagged nominations. 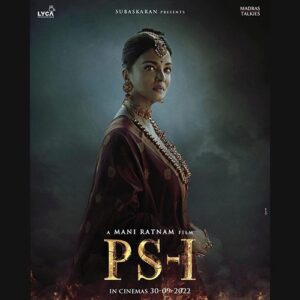 PS-1 was helmed by Mani Ratnam and bagged 16 nominations.

Ponniyin Selvan 1, directed by one of the ace directors Mani Ratnam, has been nominated for six awards, including Best Film, Sreekar Prasad for Best Editing, Ravi Varman for Best Cinematography, A.R. Rahman for Best Original Music, Eka Lakhani for Best Costume Design, and Thota Tharani for Best Production Design. For the unversed, the film earned more than 500 crore during its theatrical run. 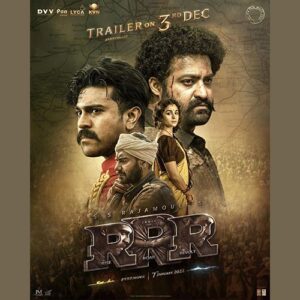 RRR was directed by Rajamouli and was the most talked-about movie.

On the contrary, Ashwin Rajashekar and Srinivas Mohan have been nominated for Best Sound and Visual Effects, respectively, for Rajamouli’s RRR. In the meantime, RRR has become one of the most talked-about Indian movies of 2022. It has been on a number of best-of-the-year lists from around the world. During award season, the Telugu movie’s team has been promoting it in several nations. The Indian movie’s screenings have allegedly sold out in minutes, and director Rajamouli has been to several of them.

It is definitely a proud moment for the Indian entertainment industry, as both RRR and PS-1 did a commendable job on the big screen.

Meet the ambitious woman, who has leapfrogged mainstream struggles and built her own corner in the industry, with her very own production house.   WHO’S SHE? Name: Soundarya...

Here’s everything you need to know about Laura Mercier nourishing rose oil before making the purchase!

Let’s Find Out If This Nourishing Face & Body Oil by Laura Mercier Will Hide the Fact That You’ve Been Tired Since 2010, Read...

What’s the best car to drive off into the sunset in? A convertible, of course! So, here’s a list of the best convertible...

Dipika Kakar trolled for worshipping at this place with husband Shoaib Ibrahim.Click to know.

The couple was recently seen at a Dargah, but got trolled for never going to a temple.Indian television is not at all a small...