This oh-so-expensive and sweet gesture by Ram Charan for the team of his latest film RRR will melt your heart.

Tollywood has made its mark on the list of top entertainment hits with some of the greatest hits in recent times. The latest hit, RRR is garnering a phenomenal run at the box office and there is no doubt that the star cast of the movie is on cloud nine after such a huge success. The film by SS Rajamouli is going tremendously well and to celebrate the success, you won’t believe what Ram Charan did!

After one of the most talked-about films by Rajamouli, Bahubali: The conclusion in 2017, it took the director almost 5 years to come up with a dose of entertainment that could break the record of the previous big hit, and RRR surely did. The film by SS Rajamouli is set in pre-independence India stars Jr NTR, Ram Charan, Alia Bhatt and Ajay Devgan and various other actors and id still earning digits. 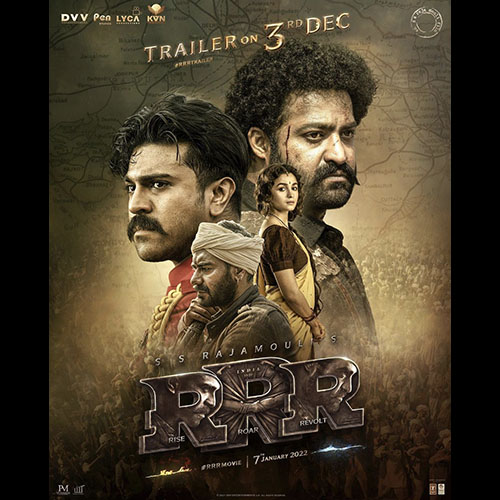 According to the reports, to celebrate the success of the entertainment-packed film, Ram Charan invited 35 members of the movie crew and gifted them gold coins for their hard work and dedication. Often the credits of the film are given just to the people who are visible on the screen but surely this gesture by Ram Charan has proved why he is one of the most liked actors in the industry and also, what gem of a person he is. Reportedly, Ram invited 35 members of the film to his residence in Hyderabad and gifted them boxes of sweets along with gold coins as gifts and also enjoyed breakfast with them. 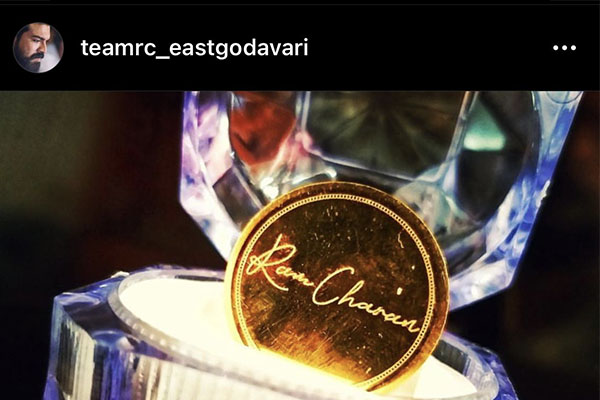 Ram Charan gifted gold coins to the team of 35 members from the film.

The team of 35 members included members of the cinematography team, assistant directors, managers, accountants, still photographers, and other behind the camera team members of the film. According to a report, the gold coins gifted to the team weighed 10 grams each and the total value of the gold coins is claimed to be Rs 18 lakh by the actor. Talking about the film, its success has made it the fifth highest-grossing film in India of all time. Not just that, the film has also earned the No 1 tag at the global box office, on the weekend of the film’s release.

The movie is a fictional period action drama that revolves around the celebrated freedom fighters, Alluri Seethrama and Komaram Bheem, which are portrayed by Ram Charan and Jr NTR. While talking about the great success of the movie, Ram Charan mentioned that he knew the film would do great, but he never expected that it would earn the tag of number 1. He also mentioned that the tag came as a surprise and hoped the same for director SS Rajamouli. 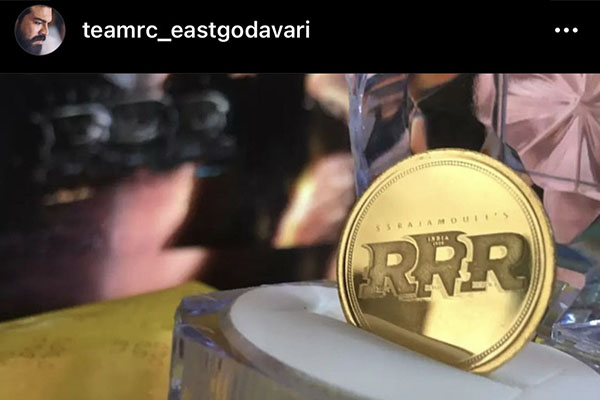 A fan page posted pictures of the gold coins. Reportedly, the coins weigh 10 grams each.

The female lead Alia Bhatt also shared her experience with the actors on the sets and many more of her first experiences on her YouTube channel. According to the rumours, Alia is planning to get married to her boyfriend Ranbir Kapoor this year.

As The Fall Season Is About To Begin – Apple Dropped Its Much-Awaited Apple Event. Let Us Take You Through Everything That Happened During...

These cameras might be expensive, but they are also available for purchase. Read on and find out if these suit your purpose. We've already mentioned...

Julia Fox SPEAKS OUT about her romance with Kanye West; Who does things like this on a second date?

,The interview revealed secretive date pictures, after the separation of Kanye and kim Kardashian. PDA pictures got leaked all over the Internet. Though we...