Kanye West was out of the Grammy even after being nominated 5 times for the Grammy award. When Noah showed up in his recent interview with The Daily Show, things got dramatic between Kanye West and Noah. This is “behind the scenes”’ of Grammy 2022, want to know more about the drama? Keep on reading.

Kanye West is an American rapper who gets recognised for his songs but even more for his controversy. Kanye West and Kim Kardashian controversy went viral on the internet. After their separation, Kanye was dramatic and reactive. Kanye West showed his envy and belligerent beef towards Pete Davidson (Kim’s Boyfriend) with his song “Easy”. Though this drama did not end here, it got mentioned by a comedian.

Trevor Noah is a South African comedian who mentioned Kanye West controversy in The Daily Show. It was sudden and shocking to bring out Kanye controversy again. Trevor spoke, Kanye West mentioned his song is therapy and art, but he declines to believe that. Kim Kardashian controversy can look like a public stunt or controversy for entertainment. But he mentioned, I honestly observe from the situation that a woman wants to live her life without being harassed by her ex-husband.

Trevor Noah’s perspective was so fresh, raw and honest that the audience loved his honesty. After the show he was tagged with a post by Kanye West. Though West always seems to create conflicts and controversy, this post by West made conflict with Trevor. Kanye West posted a google search picture of Trevor Noah and mentioned an abusive and racist statement for him. This is what he said in clear words! 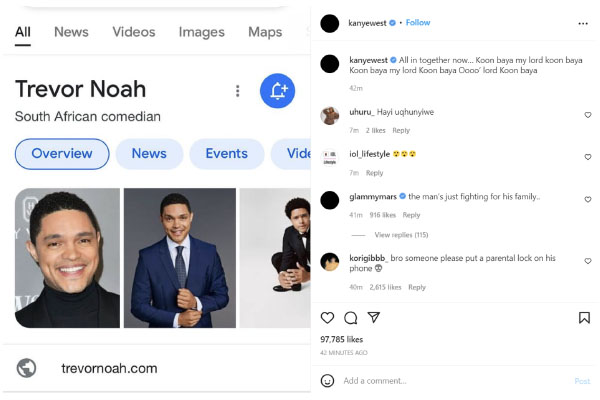 Kanye West made a racial slur post on Trevor Noah

According to Grammy’s, his recent racist slur on Trevor Noah and his appearance on social media made Grammy’s take strict action against Kanye West. He was selected for nominations and performance but he was immediately called out of the show, as Trevor Noah was hosting Grammy they did not need another Will Smith event on Grammys.

It was unpredictable that Trevor Noah mentioning Kanye West will lead up to restricting his appearance at the Grammy’s. On March 20th, Trevor Noah reacted to Kanye West’s news he tweeted, I said counsel Kanye not cancel Kanye. 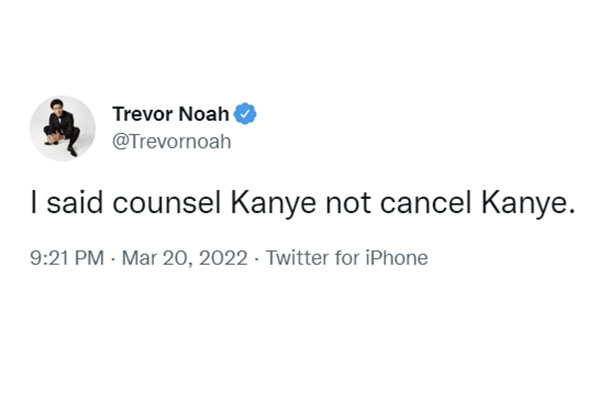 Though fans after this tweet made humorous comments. One of the fans responded to Trevor Noah’s post that Kanye definitely needs an intervention not to be cancelled. You do not write people off when they are not mentally ok. Another fan commented, this reminds me of an old grandma’s saying, you can lead a horse to water but you cannot make it drink. Counselling requires participation. Fans made witty response, check below. 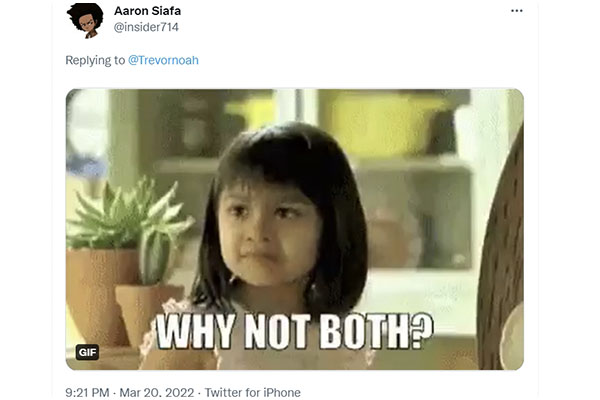 Trevor Noah fans made a witty response to Kanye West

Trevor Noah is still following Kanye West on Instagram; he seems to be at peace with West. West did not respond after his cancellation from Grammy’s but as we know Kanye West controversy, fights and drama never ends in peace. West has yet to make a response!

Allergy Or False Claims? Many People Who Claim to Have a Food Allergy Actually Don’t

It is important to understand the difference between a food allergy and food intolerance. Many of you might have allergies to certain food items....

These controversies in Tv serials are proof that in the reel world, there is lots of drama even behind the camera.The melodrama that takes...