One of life’s most traumatic, emotionally and physically taxing situations is getting divorced. All of our fantasies of living a blissful and lovely life with our companion crumble like a house of cards. Everyone must eventually accept the split and pick up the shards of their lives. In this article on how men and women handle breakups, we highlight key disparities between the two sexes’ coping mechanisms. Men and women deal through their loss of romance in different ways since, as the saying goes, men are from Mars while women are from Venus.  Let’s look at how men and women suffer through different aspects of break-up and whether one gender suffers more than the other in any aspect. 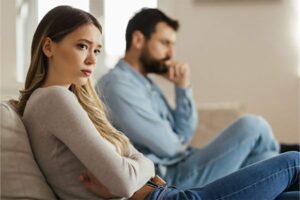 Numerous statistics claim that women are more likely than males to experience the agony of a breakup more intensely. This may be because the woman is more invested in relationships than the man, who may be trying to distance himself from the sorrow of their breakup. Men sometimes find it difficult to empathize with their emotions, which leads them to act avoidantly to block them out. 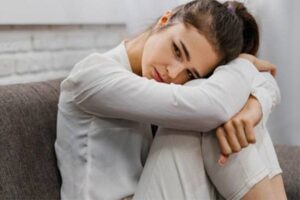 According to studies, males typically take a lot longer to recover after a breakup since the loss affects them deeply and lasts a very long time. Contrarily, women grieve and express their emotions after a breakup, which helps them get over the grief faster. Women seem to be able to cope with their emotions and absorb it more quickly than males since they don’t want to deal with it. 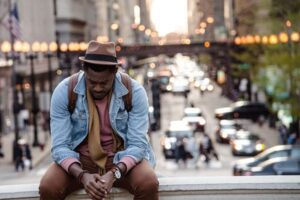 This desire to get back increases as days pass by

Men generally have a stronger urge than women to reconcile with their ex following a split. Men initially adore their independence and freedom, but after that, they may long for their ex-girlfriend to return. Women also struggle with guilt, but they work to understand their feelings and move on with their lives. 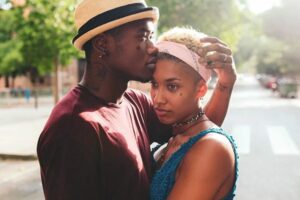 Men show less emotions after break-up in comparison to women

It’s a common misconception that males experience more anger and bitterness than women do after a relationship ends. Men may use this resentment to seek revenge on their ex-partners, although women are much less likely to do so. Anger is frequently a masking emotion. Historically and stereotypically, being furious is seen as more manly than being sad or terrified. Men may appear to be angry or frustrated on the outside, but they may be internally experiencing more complicated feelings as a result of the breakup. 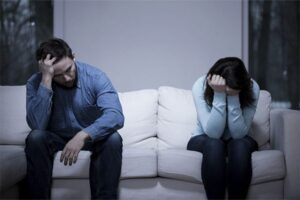 Both the male and the woman experience significant trauma and anxiety after a breakup. Men, on the other hand, tend to be more anxious and work hard to distract themselves from the suffering. Women battle the post-breakup blues too, according to Lancaster University research, but they can recover.

Research indicates that while it varies from case to case, women might find easier ways to move on from a split than men do, including turning to friends and family for support. Men, on the other hand, may be more reluctant to ask for assistance when going through a breakup. Men and women may respond to a breakup differently, even though it is heartbreaking and depressing for anyone to lose a relationship they loved and treasured. While some people think that women suffer more after a breakup, others think that males are too hard on themselves. But these were a few factors that we took into account for both men and women and how they deal with a breakup.

Hill-Tops Can Become Hill-Slops When the Layer of White Snow Adorns the Rough Roads. For This to Not Happen, You Need Power & Control....

Toned Body While Having Fun, Who Doesn’t Want That? Know These Amazing Benefits Of Doing Zumba

Here's why you need to stop wasting your time and start doing Zumba now. With these amazing fitness benefits, Zumba can be your ideal...

BCCI has announced the schedule and venues for the Indian Cricket Team’s home season which includes series against New Zealand, Sri Lanka and Australia The...

The news just dropped that our fluffballs of love, Dogs, can sniff the presence of Covid-19 positive samples with almost 97% accuracy as per...