Billie Eilish responded on “CALLED OUT” by Kanye West

Kanye west made a post on Billie Eilish on 10 Feb, after her recent World tour. She spotted giving an inhaler to a fan and said  “wait for the people to be okay before continuing the show”. Though Kanye reacted and called it Disrespecting to Travis Scott. To know the behind the scene and Billie actual response, keep on reading!

Kanye re-posted a post on his Instagram, about Billie dissed on Travis Scott, by highlighting on Travis past concert experience. Her recent world tour of HTEatanta, Billie performed her Happier Than Ever songs and suddenly stopped, gave a fan an inhaler and said “Guys, give some time. Do not crowd we are taking care of people. I wait for the people to be okay before continuing to keep on going”.

Kanye saw the news and said, come on Billie we love you, please apologize to Travis and to the families of the people who lost their lives, no one intended this to happen Travis did not have any idea of what was happening, when he was on the stage. But what exactly happened in previous concert? 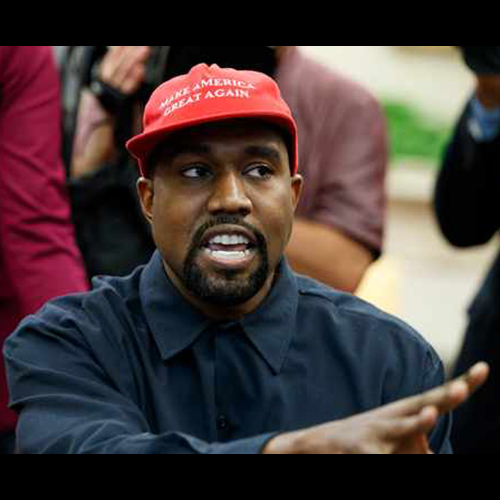 Kanye West made a post and said “Until Billie apologizes, he will not perform at Coachella”

Travis Scott during his concert in 2017, on his Arkansas concert he was accused of avoiding the security and dozens of people which includes security and police got injured. Those concerts were truly unsafe and Fans got hurt during the concert. Not only this time but on Black Friday when singer Travis performed, a disastrous event took place, around 50, 000 attendance were pushed towards the stage which was happening at NRG park. According to Huston, eight people got killed and it was a chaotic incident, which led him to serious trouble. Kanye added, He was on stage and was very hurt by what happened and yes Travis will be with me at Coachella. But, for now I need Billie to apologize, before I perform. He made it clear, until Billie apologizes, he will not perform at Coachella, which led fans buzz on the internet and Billie noticed it.

Billie Eilish after her recent world tour of clarifies her intentions on kanye west post.

A lot of Billie Eilish fans were quite shocked at this news, and reacted, you all bringing up how she only did this because of Travis Scott are so silly. Billie been stopping shows for her fans for years and the 2 incidents really are not comparable. People are shading her. Another fan said, she did the RIGHT THING why does she has to apologies for what? For helping a fan! Though fans were quite clear, that Billie Eilish will not stop the concert in between to throw a comment on Travis.

But Kanye did, to which Billie Eilish reacted back with an honest response and wrote, Literally never said a thing about Travis. I was just helping a fan. Though during her concert, she did not name any artists or did do any sort of comparison of it. But Kanye took it as an offensive comment on Travis. As per the update Billie Eilish cleared her intentions on the stage but, Travis did not even react to this event, which left the Kanye stand irrelevant to Billie fans.

Top 5 Movies/Shows That Are A Must Watch This September

Movies, shows and sports are the main source of entertainment in the lives of the people. OTT platforms and cinemas provide us with the...

Quest for Gold with Urvashi Rautela

Urvashi feels that India has a lot of talent that just needs the right direction to win medals in the Olympics. And for RIO...

Well, we have some easy ways to fix them. So, read on to know the little things that you may not be noticing, but...